Researchers from the University of Wisconsin School of Medicine and Public Health and Carbone Cancer Center have better defined a pro-growth signaling pathway common to many cancers that, when blocked, kills cancer cells but leaves healthy cells comparatively unharmed.

The study, published Nov. 21  in the journal Nature Cell Biology, could establish new avenues of therapeutic treatments for many types of solid tumors.

Growth signals typically come in the form of chemical agonists outside of cells that bind to protein receptors on cells. Activated receptors are responsible for transmitting the signal to the inside of the cell, ultimately generating a growth messenger called PIP3. Two years ago, research out of UW–Madison Professor Richard Anderson’s lab found that some of these agonist-stimulated receptors continue to transmit the signal even after they have been pulled into the cell, sequestered in vesicles called endosomes and presumably on their way to being degraded.

“According to dogma in the literature, receptors shouldn’t make PIP3 at these internal sites, but they were,” Anderson says. “We set out to ask, ‘Why is that?’” 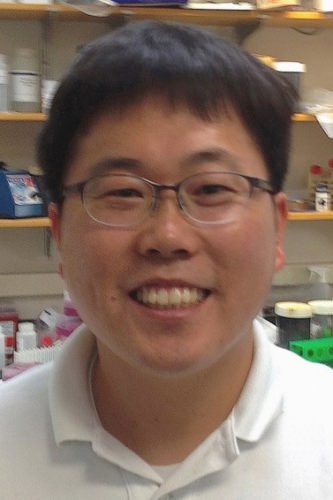 In this new study, a postdoctoral fellow in Anderson’s lab, Suyong Choi, showed that the proteins known to be in this signal transmission cascade were all present on endosomes inside the cell, supporting the idea that the key growth message was being signaled from these internal compartments. However, there was one fact which they could not biologically explain: In a typical signaling cascade, each step amplifies the signal, suggesting there should be more and more of the messenger molecules; but here, levels of PIP3 and other intermediary messengers were too low to be detected in endosomes.

“A scaffold completely solves this issue, because it acts like an assembly line, bringing together all of the proteins and passing one messenger molecule to the next protein in the cascade until the last protein, PI3K, is activated and generates PIP3,” Anderson says. “Suyong Choi found that the scaffolding protein IQGAP1 brings all of these proteins together like a happy family on the endosome. It’s an incredibly efficient mechanism.”

Choi discovered that the IQGAP1 complex pulls together all of the signaling components in the PI3K pathway. Remarkably, this assembly happens in response to nearly all agonists that switch on growth and cell survival signals in cells. Once Choi had established how the proteins in the complex interacted, he was able to block scaffold formation in cells by adding a small, competing fragment of the IQGAP1 protein. 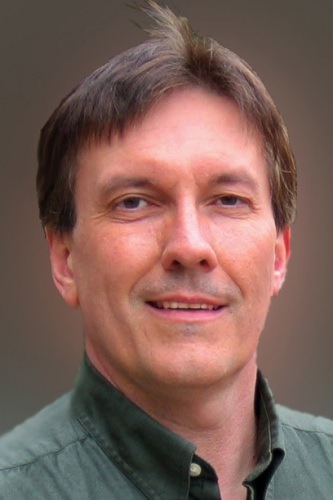 PI3K is an essential protein, and cells (and whole organisms) die if they do not have any functional PI3K because the protein is involved in multiple signaling pathways. However, it is specifically this pathway, mediated through IQGAP1, that is required for the growth and survival of cancer cells but not normal cells. In fact, mice lacking IQGAP1 develop normally but are resistant to developing solid tumors.

“Pharmaceutical companies have developed PI3K inhibitors, but many of these have failed, likely because they’re hitting all PI3Ks and the different pathways,” Anderson said. “If you can specifically disrupt this agonist-activated PI3K pathway, the one that has a specific role in cancer, then you can effectively treat cancers. We think that’s what this study is showing.”

The researchers further showed that this same scaffolding was used to transmit insulin signaling, suggesting the pathway may play a role in the onset of diabetes and cardiovascular diseases as well as cancers.

This work was supported by grants from the National Institutes of Health and the American Heart Association. The Wisconsin Alumni Research Foundation is developing a patent on the methods and early compounds that block this pathway.