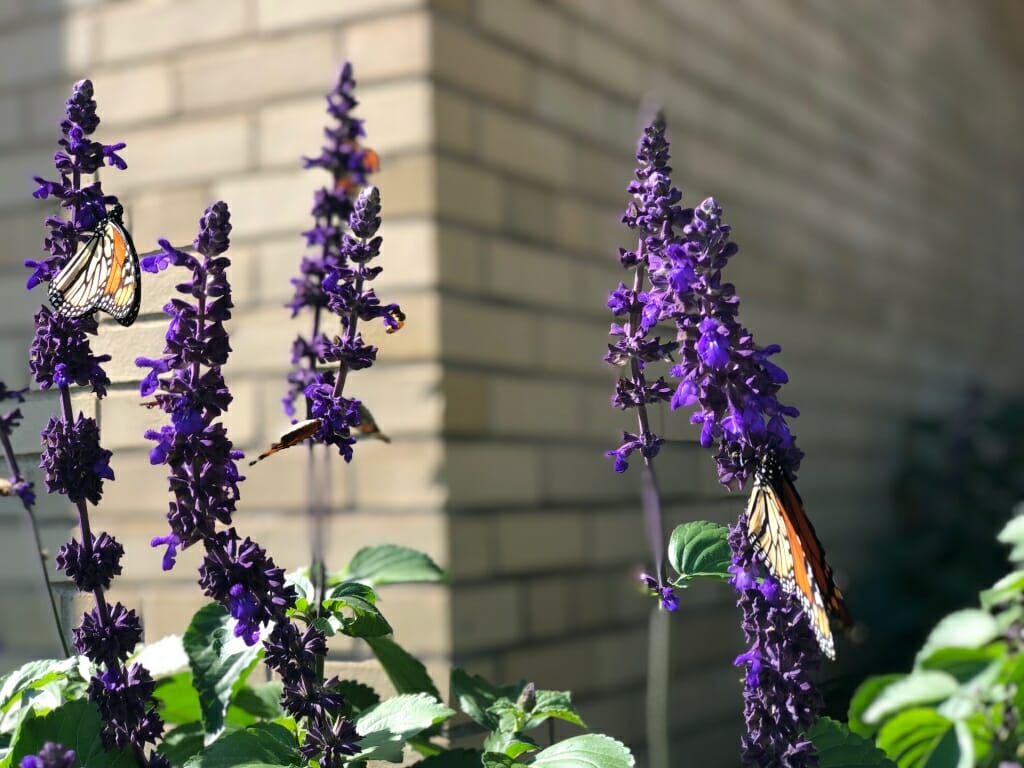 A large number of migrating butterflies have been seen on the UW–Madison campus. They like the nectar in flowers. Photo by Kelly Tyrrell 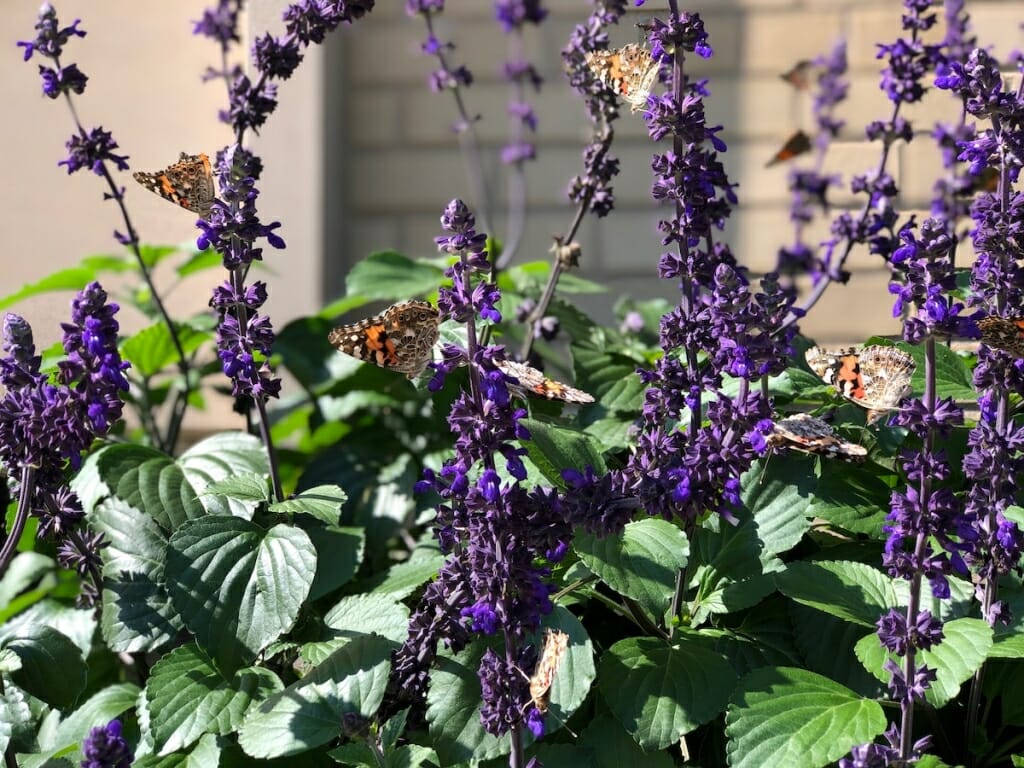 Butterflies are seen outside of Ingraham Hall. Photo by Kelly Tyrrell

If you think you’ve noticed more monarch butterflies on campus this year, it’s not your imagination.

Many others have noticed the influx of delicate, colorful visitors fluttering around.

After years of dwindling populations due to habitat loss and harsh weather, milder temperatures are offering a more welcoming migration route for these palm sized insects, said Karen Oberhauser, a monarch butterfly researcher and director of the UW–Madison Arboretum. This time of year, on their migration from Canada to Mexico to avoid the cold winter, the butterflies need places to rest and recharge for their next day of flight.

The UW–Madison campus, and especially the Arboretum, offer plenty of flowers with nectar, which monarchs and other butterflies, like the painted lady butterflies also pictured here, take for nourishment.

“They need stopping places every night and during inclement weather, and abundant nectar sources. We have both here,” Oberhauser said.

The number of butterfly sightings is made vividly clear by Journey North Maps, an Arboretum project allowing people all over North America to track where monarchs are, how many they see and where they are headed next. Many Arboretum visitors have been tracking and posting about their encounters with butterflies there.

The past few years have been better than any time in the last decade for the monarch butterfly population, Oberhauser said. She’s receiving “reports of large numbers of monarchs roosting and flying everywhere from upstate New York to western Minnesota.”

Still, a year of harsh weather could harm the positive trajectory their population is currently on. They’re a vulnerable population that’s extremely reliant on thriving ecosystems that can provide a safe place for them to live and reproduce.