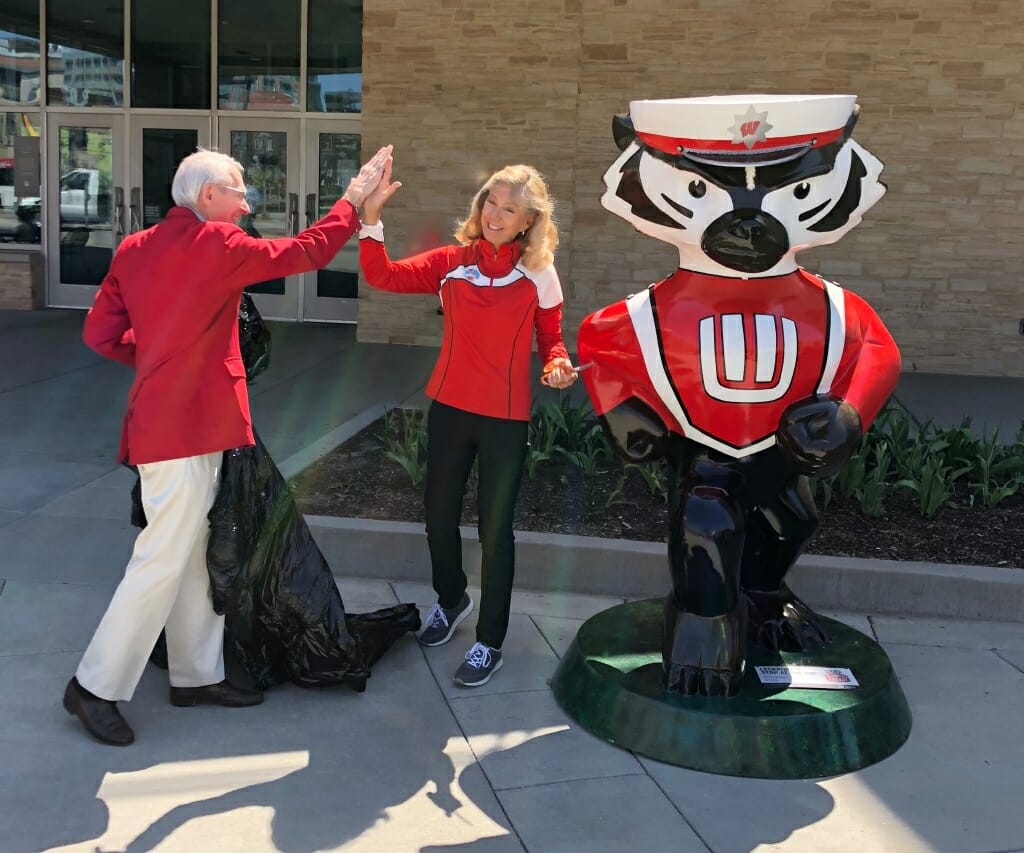 This summer we will feature a weekly Q&A with an artist who created one of the Bucky on Parade statues on UW’s campus to understand their artistic process, their inspirations, and why they love Bucky. 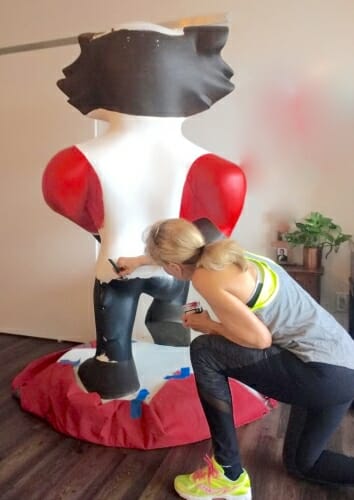 What is your history as an artist? I’ve done lots of projects: Faux painting, work on canvas, and one of the 12 big Union chairs a few years ago titled “Bascom Wildlife” in honor of the 1,000 flamingoes that appeared there, courtesy of the Shovel and Pail guys.

What inspired you to come up with this take on Bucky? Mike Leckrone created the signature UW Band step known now as “Stop at the Top,” and it’s also Mike’s 50th year as band director – a fitting recognition and honoring for Mr. Leckrone.

What idea or message do you hope people get out of this piece of art? Appreciation for all that Leckrone has contributed to the university and to the experience of the hundreds of band members, university students, 5th quarter celebrants, and the UW experience itself.

What was the  process of creating your Bucky like? My first stop was at the UW Band office, where I was able to measure and photograph an actual band uniform and hat.  Bucky moved into my apartment February 3 – my first time ever to have a very large, 180 pound, hairy guy move in!  Creating the proper dimensions of all of the details was fun and took some creativity, like sanding down the areas where trim lines needed to be narrow and straight and adding some actual buttons at the shoulders and a chain and buttons on his hat.  Creating the fiberglass hat took a lot of hours to get the proportions right, work around his badger ears, and … drilling into his head to secure the hat to his brown furry head.

Of the other Bucky Badgers created, which ones do you like best? Each one is so unique, I really like them all. It is such fun to see them all around Madison! 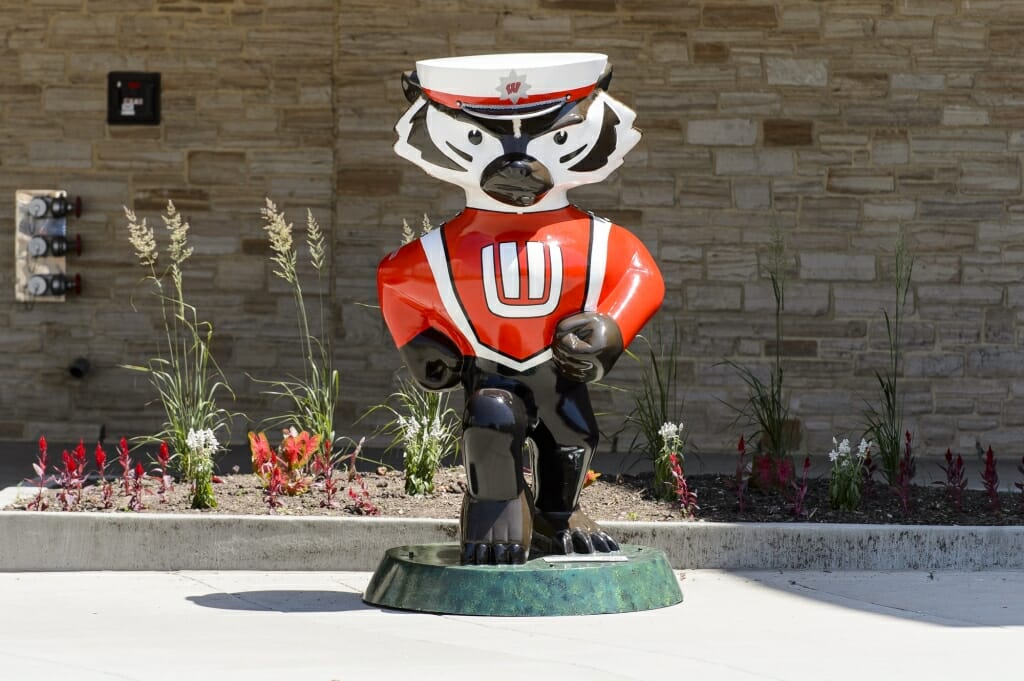 A Bucky Badger statue titled “Leckrone’s Stop at the Top,” which was created by artist Jeanne Burgess, is pictured outside of Union South at the University of Wisconsin–Madison on May 16, 2018. Bucky on Parade is a public art project that showcases 85 life-size Bucky Badger statues on the UW campus and Madison area from May 7 through Sept 12, 2018. Photo: Bryce Richter