Black youths are overrepresented in the criminal justice system. Yet, says University of Wisconsin–Madison Psychology Professor James Li, they are underrepresented by research studies examining the behaviors that can lead them there, and the potential interventions to help prevent it. Most studies have focused on predominantly white adolescents.

So, using data collected from participants across nearly two decades during the National Longitudinal Study of Adolescent to Adult Health (Add Health), Li and UW–Madison graduate student Ryann Morrison set out to assess the developmental trajectories of antisocial behaviors in both black and white youths. They published the results of their study today [Dec. 14, 2018] in the journal Development and Psychopathology. 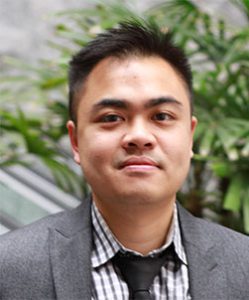 Antisocial behaviors include non-violent rule-breaking such as stealing or damaging property, and physical aggression, such as engaging in fights or pulling a weapon on another person. They are linked to depression, employment challenges and criminal behaviors later in life.

The study also showed that while supportive parenting can lower the risk of persistent antisocial behaviors in black and in white adolescents into adulthood, schools were protective only of white youths.

The study came about because Morrison, an African American woman who grew up in Chicago, began to wonder how predictors of antisocial behavior might differ as a function of culture, in part because black Americans are incarcerated at higher rates than whites, and black youths are more likely to be involved in the juvenile justice system.

According to the federal Office of Juvenile Justice and Delinquency Prevention, 36 percent of the delinquency cases handled in juvenile court in 2016 involved black adolescents, though just 13.4 percent of the U.S. population is black.

The Add Health data Morrison and Li used included 10,762 white youths and 4,091 black youths. They examined comprehensive behavioral, health and demographic data collected from the participants, their friends, families and teachers beginning when each participant was age 13 and until they reached age 32.

“The study started during a sensitive time period to study health and behavior in adolescence,” says Li. “The earlier we can detect atypical antisocial behaviors, the earlier we may be able to intervene.”

Li and Morrison examined responses to survey questions assessed in each wave on a five-point scale, which included how often they participated in a variety of antisocial behaviors; measures of parental support, such as warmth and the quality of communication (focused on mothers, since mothers were more likely to be present in both white and black homes); and on measures of school connectedness, including teacher warmth and feelings of belonging.

The researchers controlled for sex, number of friends who used substances such as marijuana and alcohol, parental education and income. They note, however, that the study sampled African American families from higher socioeconomic regions that are not completely representative of the general population.

Li and Morrison want to be careful in their work not to perpetuate racial stereotypes, a concern that makes them cautious in their conclusions. Though black adolescents were twice as likely as their white peers to fall into the two chronic categories, this may point to differences in the way each group experiences the world.

“If you’re an African American kid, you may not have the luxury of growing out of these problems like white kids, because you are more likely to get suspended from school, interact with police or go to juvenile detention,” says Li. “If you are in the system, it can be hard to get out of the system.”

He notes that while their study did not test this, other studies show that people can become “ensnared” by social forces and environmental influences early in adolescence after exhibiting typical antisocial behaviors; black youths are more likely than their white peers to encounter these snares.

Other studies show that race may play a role in how teachers and administrators treat their students and this could help explain why black youths are less protected by school connectedness, Li says.

“It means we should put more consideration into cultural values and differences, try to foster more positive interactions between students and teachers, and consider the multitude of ways in which racial-ethnic differences manifest in antisocial behaviors,” he says.

These could lead to policy interventions, Li adds, especially at the school level, and it could begin with simple climate surveys to ask students what they need and whether more can be done to support them: “Intervening does not have to be hard.”