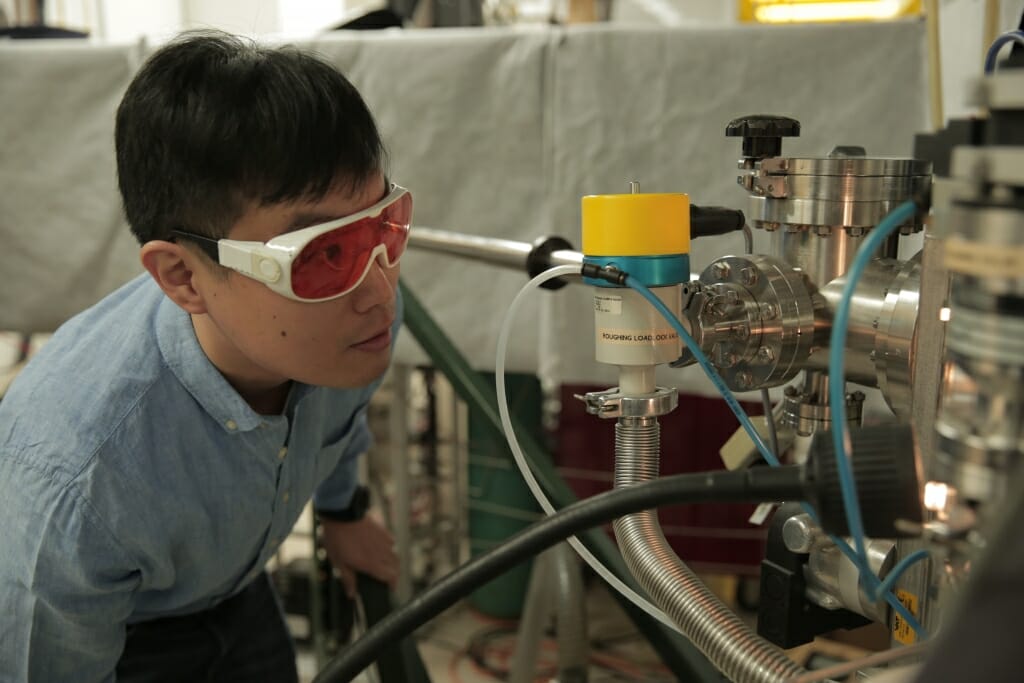 Lennon and McCartney. Abbott and Costello. Peanut butter and jelly.

Think of one half of any famous duo, and the other half likely comes to mind. Not only do they complement each other, but together they work better.

The same is true in the burgeoning field of oxide electronics materials. Boasting a wide array of behaviors, including electronic, magnetic and superconducting, these multifunctional materials are poised to expand the way we think about the functions of traditional silicon-based electronic devices such as cell phones or computers.

Yet until now, a critical aspect has been missing — one that complements the function of electrons in oxide electronics. And a team led by University of Wisconsin–Madison materials scientist Chang-Beom Eom has directly observed that missing second half of the duo necessary to move oxide electronics materials forward. 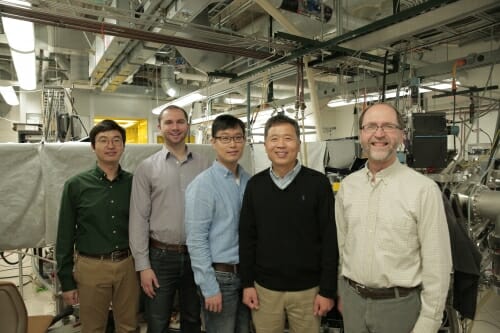 It’s called a two-dimensional hole gas — a counterpart to something known as a two-dimensional electron gas. For more than a decade, researchers have recognized a hole gas appearance was possible, but haven’t been able to create it experimentally.

Writing today (Feb. 5, 2018) in the journal Nature Materials, Eom and his collaborators provided evidence of a hole gas coexisting with the electron gas. They designed an ultrathin material, known as a thin film structure, specifically for this research.

“The 2D hole gas was not possible primarily because perfect-enough crystals could not be grown,” says Eom, the Theodore H. Geballe Professor and Harvey D. Spangler Distinguished Professor of materials science and engineering. “Inside, there were defects that killed the hole gas.”

Eom is a world expert in material growth, using techniques that allow him to meticulously build, or “grow,” each layer of a material with atomic precision. That expertise, combined with insight into the interaction between layers in their structure, was key in identifying the elusive 2D hole gas.

“We were able to design the correct structure and make near-perfect crystals, all without defects that degrade the hole gas,” he says.

Just as people 50 years ago likely could not have envisioned communicating via wireless devices, the advance sets forth a platform that can enable new concepts-applications that today remain beyond our wildest dreams.

“We’re not just improving the performance of devices,” says Eom. “So, not improving a cell phone, for example — but envisioning an entirely new device made possible by this advance. This is the beginning of an exciting new path.”