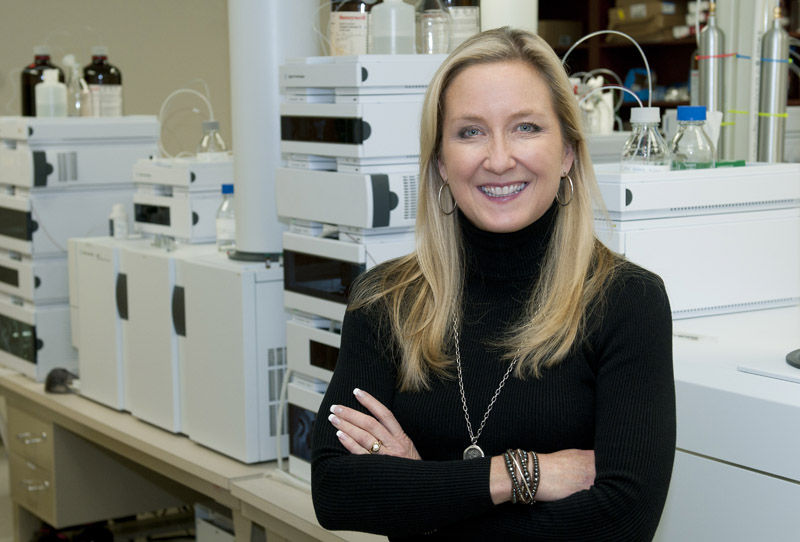 A University of Wisconsin–Madison spinoff is screening blood samples in an effort to develop a biologically based method to diagnose autism.

The company, Stemina Biomarker Discovery, specializes in detecting the byproducts of cellular activity and then applying high-powered statistics to detect patterns among thousands of metabolites.

In August 2015, Stemina received $2.7 million from the National Institute of Mental Health to support its clinical study, the Children’s Autism Metabolome Project (CAMP).

“Metabolome” refers to research on the compounds produced by cellular activity, or metabolism.

The CAMP study aims to validate markers of autism in the blood of 1,500 children aged 18 to 48 months. Previously, Stemina found six potential metabolic subtypes that described slightly more than 50 percent of the subjects.

Early diagnosis for autism can allow quicker, better treatment. In the best case, it could pinpoint drug or dietary measures to reduce the symptoms or even prevent the condition.

Stemina was founded in 2006 by CEO Elizabeth Donley, a patent lawyer with advanced degrees in business and bacteriology, and Gabriela Cezar, who was then a professor in the Department of Animal Sciences at UW–Madison.

At the time, Donley was general counsel at the Wisconsin Alumni Research Foundation, which had been assigned Cezar’s patent. “I saw the elegant, simple basis that was the crux of her original idea,” Donley says.

The company’s original goal was to assess whether chemicals could harm developing humans, beginning as early as the embryo stage. “Gabby’s patented idea was that you could evaluate developmental toxicity by exposing cells to various chemicals known to cause birth defects and then identify changes in metabolites for patterns that indicate toxicity,” says Donley. “Embryonic stem cells allowed us to understand disruptions in human development in a way we never could before.”

Although Cezar left the company long ago, Alan Smith and Jessica Palmer, who contributed to the original discoveries at UW–Madison, continue to work for Stemina.

The firm, based in University Research Park in Madison, has grown to 15 employees.

The company name, Stemina, reflects Cezar’s expertise in stem cells and her notion that studying the metabolism of the cells derived from embryonic stem cells would offer an excellent model for toxicity testing. Currently, Stemina performs contract toxicity testing for agricultural, pharmaceutical, cosmetic and tobacco companies, and for the Environmental Protection Agency.

“Embryonic stem cells allowed us to understand disruptions in human development in a way we never could before.”

Stemina’s analyses begin with identifying the metabolites made in response to disease or toxic substances in a mass spectrometer. Once levels of thousands of chemicals in the sample are measured, the search for reliable differences between samples requires extensive computer processing.

“If we have a group of molecules that are changed in response to a treatment or a disease,” Donley says, “what is the statistical likelihood that they are a reliable warning sign? What do they tell us about the biochemistry, genetics or environmental toxicity of this combination? Do they suggest a diagnostic test or treatment pathway?”

The CAMP study, supported by the National Institute of Mental Health and the Nancy Lurie Marks Family Foundation of Massachusetts, will compare blood from 500 children with autism, 500 with other neurodevelopmental disorders, and 500 with more typical development.

The existence of different “autism signatures” suggests that autism has distinct metabolic subtypes, Donley says. A better understanding of these subtypes could improve both diagnosis and treatment.

“A test for these subtypes of metabolism could become the equivalent of the heel stick for PKU. That would be an earthshaking opportunity to change outcomes for some of these kids.”

The holy grail is to work backward from a biochemical signature of autism to its cause, and then find ways to ensure normal neurodevelopment.

The rationale for that quest is supported by the history of a devastating metabolic condition called PKU, which causes intellectual disability, but can now be diagnosed with a “heel stick” blood test at birth. “Today we can change the diet to eliminate substances that can’t be metabolized by patients with PKU, so the child will develop typically,” Donley says. “A generation ago, nobody got the heel stick, and the consequence was severe cognitive impairment.”

If the autism markers that Stemina is identifying raise a similar opportunity for prevention — and the evidence is suggestive but not conclusive — “a test for these subtypes of metabolism could become the equivalent of the heel stick for PKU,” says Donley. “That would be an earthshaking opportunity to change outcomes for some of these kids.”