At bioenergy crossroads, should corn ethanol be left in the rearview mirror?

Corn ethanol — made at refineries like this one in Minnesota — has driven land-use changes and crop choices that have resulted in carbon emissions negating any climate benefits from replacing gasoline with ethanol. Photo by Tyler Lark

MADISON — Transportation is responsible for a larger share of greenhouse gas emissions than any other sector of the U.S. economy, making biofuels a promising strategy to mitigate human-driven climate change. The U.S. Renewable Fuel Standard, created by 2007 legislation, mandates that such fuels partially replace petroleum-based ones. So far, however, the mandate has been nearly entirely fulfilled by corn ethanol, a fuel that may be worse for the climate than the gasoline it replaces.

Fifteen years on, research led by the University of Wisconsin–Madison assessed the environmental impacts of corn ethanol and the policy that governs it, using a combination of econometric analyses, land use data and biophysical modeling. 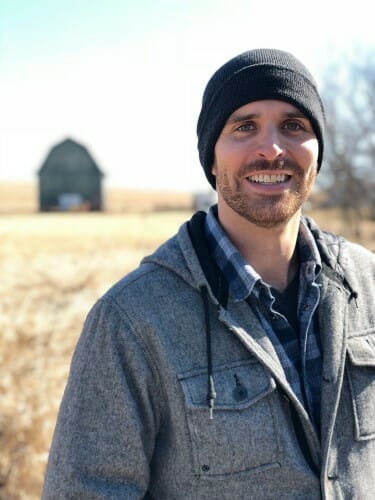 The analysis, published this week in the Proceedings of the National Academy of Sciences, shows that the carbon emissions from using land to grow corn can negate or even reverse any climate advantages of corn ethanol relative to gasoline.

The results confirm what many scientists already realized: From a climate and environmental standpoint, corn ethanol is not a good biofuel solution. Instead, the findings align with the movement in bioenergy research toward developing next-generation biofuels, such as those made from perennial, non-food plants grown on land less suited for conventional agriculture.

“It basically reaffirms what many suspected, that corn ethanol is not a climate-friendly fuel and we need to accelerate the shift toward better renewable fuels, as well as make improvements in efficiency and electrification,” says lead study author Tyler Lark, a scientist in the Great Lakes Bioenergy Research Center and the Nelson Institute for Environmental Studies at UW–Madison.

The results are especially timely, he says, because the Renewable Fuel Standard mandates specific annual biofuel volumes through 2022; once these requirements expire, the Environmental Protection Agency will take over the role of determining how much and which types of biofuel should be produced each year to meet the standard. What comes next policy-wise could have a very large effect on climate change, Lark says. “It’s a pivotal moment for deciding what this policy — and our landscape — should look like moving forward.” 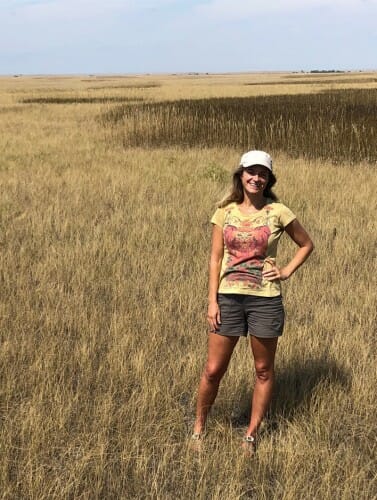 In their studies of changing patterns of land use in the U.S., Lark and his colleague Holly Gibbs, a UW–Madison professor of environmental studies and geography, have noted the expansion of agricultural land dedicated to commodity crops, especially corn. They suspected ethanol production might be playing a role. “We knew it was likely contributing, but we didn’t know to what extent,” Gibbs says.

They assembled an interdisciplinary team, bringing together agroecologists, environmental modelers and economists from UW–Madison, the University of California, Davis, Kansas State University and the University of Kentucky. The team built on prior modeling studies to conduct a more empirical analysis of the connections between policy, ethanol development, land use and environmental outcomes.

“It’s the first time we’ve paired this detailed, rich land use data with the underlying economic drivers,” Gibbs says. “The price data and economic models provided the explanatory power to help us understand the causality behind these changes that we’ve been observing for a decade.”

Enactment of the Renewable Fuel Standard drove up crop prices, their analysis shows, with corn prices rising by 30% and other commodity crops, such as wheat and soybeans, by 20%. From 2008 to 2016, corn cultivation in the U.S. expanded by 8.7%, covering an additional 6.9 million acres of land. This increased agriculture has been accompanied by more fertilizer use (an extra 3–8% each year), more water quality degradation (3–5% increases in nitrate leaching and phosphorus runoff) and more carbon emissions attributable to land use changes.

Those effects impact everyday life for people across the country. Nitrogen and phosphorus runoff contribute to harmful algal blooms and dead zones in lakes, rivers and the Gulf of Mexico. And nitrate leaching can contaminate groundwater and drinking water; it’s not uncommon for municipalities in Midwestern states to have to build new water treatment plants to treat nitrate in their water from agricultural pollution. Corn ethanol is worsening these problems.

“This one policy effectively bumped up pollution from the entire agricultural industry by several percent,” Lark says.

The sum effect is that the carbon emissions of corn-based ethanol produced to meet the Renewable Fuel Standard are at least as high as those from the equivalent amount of gasoline and possibly higher — likely by 24% or more.

Under the Renewable Fuel Standard, a fuel had to achieve at least a 20% reduction in greenhouse gas emissions relative to petroleum to qualify as renewable. Corn ethanol just met the threshold in the EPA’s 2010 regulatory impact analysis, with emissions estimated to be 20–21% lower compared with gasoline.

But ethanol’s environmental profile hasn’t matched expectations. With the benefit of hindsight, Lark says, they can see one reason why. “In the EPA’s regulatory analysis, they estimated a very small amount of domestic land use change,” he notes, “and maybe rightfully so. No one expected such a big response, because cropland area in the U.S. had been declining for the previous 30 years.”

In the past decade, however, Lark and Gibbs’ research has documented both expansion of cropland area and significant switching from crop rotations with soy and wheat toward more continuous corn monoculture.

“The EPA’s original estimates suggested that U.S. land use change would sequester carbon and help improve the carbon footprint of ethanol. But in retrospect, we now know it did just the opposite,” Lark says. “Rather than reduce the carbon intensity of ethanol to 20% lower than gasoline, it looks like it actually increases it to that much higher than gasoline.”

Introduction of 10% corn ethanol into gasoline blends has been a useful step toward integrating renewables into mainstream fuels, Lark and Gibbs say, but it’s not a good long-term strategy. Cellulosic and other advanced biofuels — such as those made from switchgrass, other perennial plants or waste materials — offer an opportunity to build off that start in a more sustainable manner.

“We use a lot of land for corn and ethanol right now,” Lark says. “You could envision replacing the existing 15 billion gallons of corn ethanol with next-generation biofuels as that production comes online. That would give an opportunity to restore millions of acres of cornfields into perennial native grasslands and other landscapes that could potentially be utilized for bioenergy, still be economically productive, and also help reduce nitrate leaching, erosion and runoff.”

Ultimately, the findings underscore that near-term policy decisions will have a lasting environmental legacy, whether positive or negative.

“This adds urgency to the critical work being done in our bioenergy research centers to find ways to generate carbon-negative biofuels,” Lark says, “and to use perennial and native systems that can improve water quality, enhance biodiversity, and help truly hit our carbon emission reduction goals.”