On Dec. 13, more than 2,500 UW–Madison students will walk across a virtual stage at the 2020 winter commencement. As the first class of graduates to spend an entire semester under the constraints imposed by COVID-19, they’ve shown remarkable fortitude and grace in completing their degrees under challenging circumstances.

Before each commencement, campus units have the opportunity to share stories of notable graduates. In the spirit of celebration, here are just a few of Sunday’s noteworthy graduates. Consider them a small representation of the caliber of the winter class of 2020. 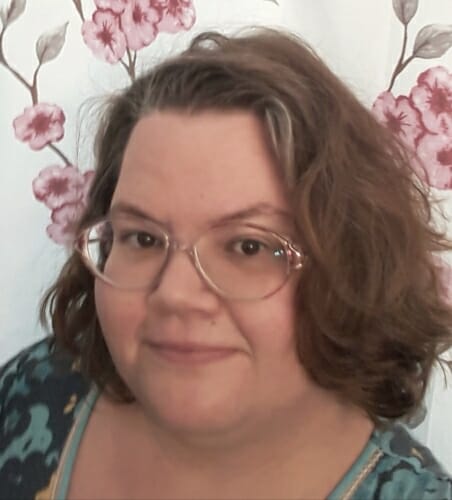 Twenty-five years after first attending UW–Madison, Talesa Allen returned to campus in 2017 to pursue a bachelor’s degree in community and nonprofit leadership. During those intervening decades, she struggled with bipolar disorder and spent years self-medicating with alcohol. Her life improved as she went on prescription medication, reconnected with a faith community, and engaged in recovery. Today, Allen, 48, is the women’s director at Serenity Home Sober Living in Madison. “I have a lot of tolerance for people going through the changes and challenges of recovery,” she says. “I found that I was really good at something, and people I worked with encouraged me to go back to school.” Last spring, she was one of two winners of an annual Outstanding Undergraduate Returning Adult Student Award. Read more of her story here. 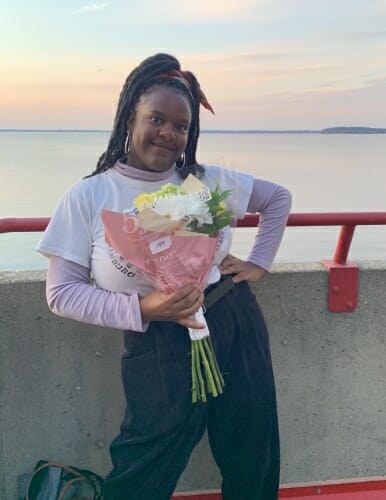 Christiana Fowlkes capped her college career with service this semester on an American Psychiatric Association Presidential Task Force. Along with physicians from across the nation, Fowlkes has been helping to create a white paper that looks at the availability of psychiatric beds in the country and seeks ways to reduce the need for emergency hospitalizations. Her work on the task force follows years of undergraduate research focused on medicine and women’s advocacy. She has interned at Johns Hopkins Hospital and recently completed her second summer of training in the Rural and Urban Scholars in Community Health program. A Posse scholar from Washington, D.C., she is earning a bachelor’s degree in biology, with a certificate in women’s and gender studies. She plans to attend medical school. 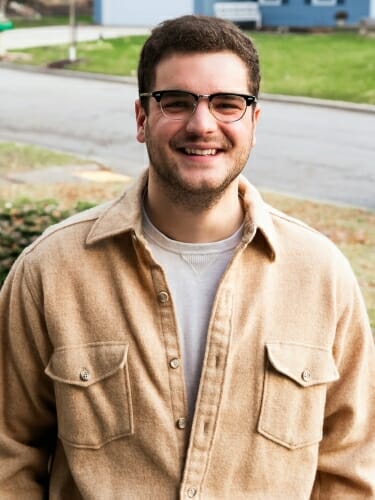 Wyatt Weigel, of Waukesha, Wisconsin, juggled coursework with exemplary service to his country while pursuing a double major in communications and community and nonprofit leadership. As a member of the Wisconsin Army National Guard, Weigel was activated to state duty three times as a UW–Madison student, beginning in 2017 for Florida hurricane relief. More recently, he assisted with the April elections at a polling site in Waukesha County and helped secure critical government buildings during June protests in Madison. His professional goal, he says, is to “work in the nonprofit field, supporting communities as they attack the root causes of systemic issues that unfairly impact marginalized groups in our society.” 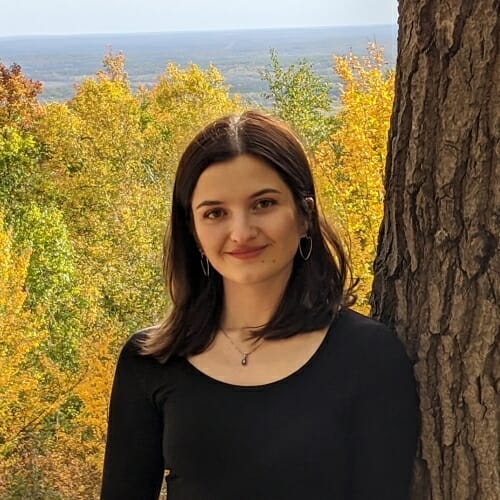 Alexis Lipkie turned her UW–Madison education into a passport to see the world. She completed three programs through the International Division — an uncommon achievement. During the summer of 2019, she traveled in Japan through a prestigious Central Japan Railway Internship, studying the country’s high-speed rail system and business culture. For the 2019-20 academic year, she enrolled in an intensive Japanese language program at Nanzan University in Nagoya, Japan, through the Nanzan University Exchange program. For her final semester this fall, she took part (virtually) in the Wisconsin in Washington internship program. “I’m glad to end my UW–Madison career with this program, as I feel it acts as the perfect gateway to shift from academics to the professional working world,” she says. Lipkie, of Winchester, Wisconsin, is earning a bachelor’s degree in political science and Japanese, with certificates in East Asian studies and technical Japanese. 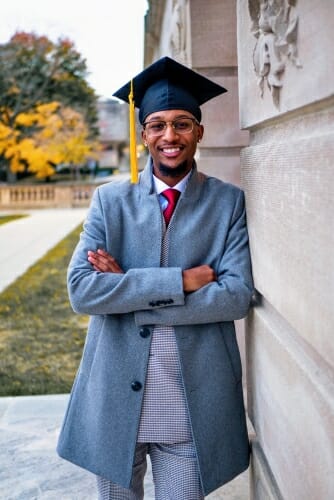 After a video promoting UW–Madison’s 2019 homecoming left out Black students, a collective of campus groups and individuals formed the Student Inclusion Coalition (SIC). Vershawn Hansen was among the co-organizers. “I hope SIC is ultimately able to inspire the next generation of student activists and hold the university accountable, ensuring that the administration will prioritize the safety and adequate support of its students of color,” he says. A Posse scholar from Chicago, Hansen is earning a bachelor’s degree in neurobiology, with certificates in global health and environmental studies. During his time on campus, he served for a year as president of the Gamma Epsilon chapter of Alpha Phi Alpha Fraternity, the first intercollegiate Greek-letter fraternity established for Black men. A McNair scholar and undergraduate researcher in the Department of Medical Microbiology and Immunology, he aspires to be a physician. Learn more about the Student Inclusion Coalition here. 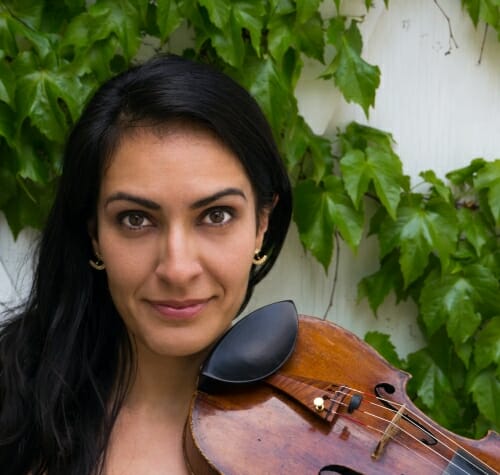 Violinist Paran Amirinazari is founder and artistic director of the Willy Street Chamber Players, a popular instrumental ensemble based on Madison’s East Side. The ensemble has been recognized for its innovative programming and high artistic and professional standards. In 2020, it won gold as Best of Madison’s Local Classical Band and silver as Best Classical Music Group. Since moving to Madison in 2013, Amirinazari has been a member of the Madison Symphony Orchestra’s first violin section, concertmaster of the Middleton Community Orchestra, and a performer with the Wisconsin Chamber Orchestra, the Quad Cities Symphony Orchestra and the Dubuque Symphony Orchestra. Highlights from her time at UW–Madison have included winning UW–Madison’s concerto competition and playing alongside the Pro Arte Quartet for Live at the Chazen’s Mendelssohn’s String Octet broadcast. A Boston native, she earned a doctorate of musical arts in the summer of 2020. Enjoy a concert by the Willy Street Chamber Players here. 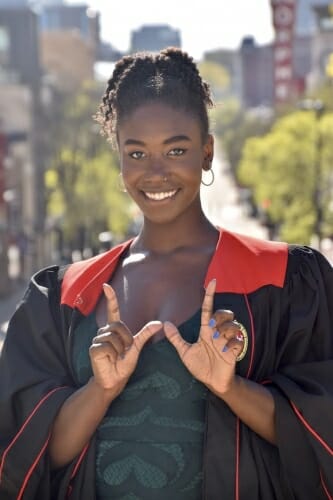 Through hard work and grit, Rebekah Armstrong went from being a freshman walk-on on the women’s rowing team to earning a rowing scholarship her junior year and becoming an integral member of the Division I team’s senior leadership. In the spring of 2019, the team placed 15th in the NCAA Rowing Championships, with Armstrong’s boat the 12th fastest in the competition. Armstrong served on the executive board of Student Athletes Equally Supporting Others, an organization that brings student-athletes together from different cultures, ethnicities, lifestyles, and belief systems to enhance their experiences on campus and to improve the community. A Posse scholar from Washington, D.C., she is earning a bachelor’s degree in kinesiology and plans to attend graduate school in clinical psychology. 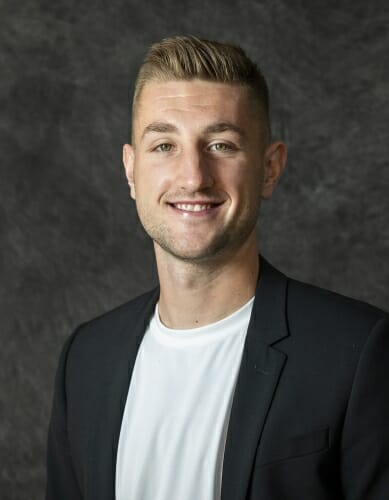 As a teenager, Sven Kleinhans was briefly homeless with his mother and two younger siblings after his parents filed for divorce. The four had to leave their home at night, carrying everything they owned in a van. They bunked in tight quarters with friends for a time. “The circumstances were quite difficult, but what stuck with me was the importance, as a family, of being able to trust each other and help each other out,” says Kleinhans, of Ottenhofen, Germany. As the student speaker for winter commencement. Kleinhans says he’ll draw on experiences in his life to discuss resilience and the value of strong personal relationships. He is earning a master’s degree in educational leadership and policy analysis. Get to know Kleinhans here.