Scientists at the Morgridge Institute for Research have discovered a promising new target to fight a class of viruses responsible for health threats such as Zika, polio, dengue, SARS and hepatitis C.

Masaki Nishikiori, a researcher in the Morgridge Institute virology group led by Paul Ahlquist, Morgridge investigator and professor of oncology and molecular virology at the University of Wisconsin–Madison, showed for the first time that, in replicating their genomes, viruses create pores inside parts of the cell that are normally walled off. This process of “punching through cellular walls” allows the virus to operate across different parts of the cell to activate and regulate its replication. 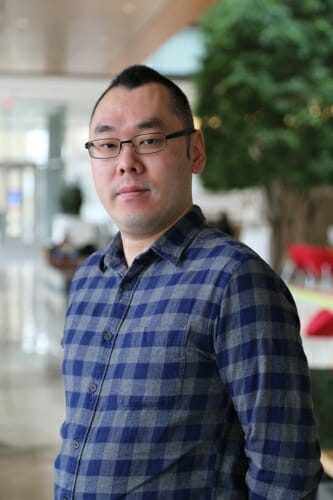 Masaki Nishikiori, lead author of the Science Advances paper, is a virology researcher at the Morgridge Institute for Research in Madison, Wis.

This could be big news in the quest to develop broad-spectrum antivirals, which are vaccines or drugs that target entire families of viruses. There are hundreds of viruses that threaten human health, but today the only way to combat them is by targeting each individual strain, rather than finding a common weakness.

The study, published today (Jan. 24) in the journal Science Advances, looks at a class known as positive-strand RNA viruses, which make up one-third of all known viruses (including the common cold). It appears that this pore-creating mechanism could be common across many or most members of this family of viruses.

“One exciting aspect of these results is that pores of different kinds in membranes are very important for many biological processes, and there are established drugs that interfere with them,” says Nishikiori. “We now recognize that this virus, and based on conserved features likely most viruses in this class, depend on similar types of pores to replicate. This is a target we know how to interfere with.”

Nishikiori used biochemical and molecular genetic approaches to reveal the virus’ capacity to create and employ pores in a cell membrane. He used an advanced bromovirus model that allowed virus replication in yeast cells, which provided a highly controllable system to modify and assess both virus and host cell contributions. 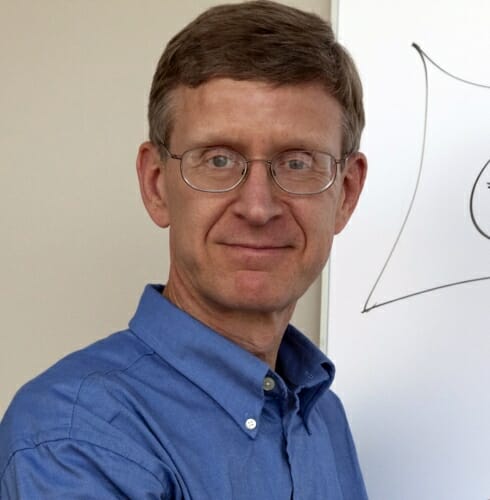 Paul Ahlquist, the John and Jeanne Rowe Chair of Virology and director of virology, Morgridge Institute for Research. Ahlquist also is a professor of oncology and molecular virology at the University of Wisconsin–Madison, and a Howard Hughes Medical Institute (HHMI) investigator.

In order to spread throughout the body, viruses hijack normal cell structures and functions to achieve their own ends. This class of virus, for example, always anchors its genome replication process to the membrane surfaces of cell sub-compartments or organelles (in this case, the endoplasmic reticulum). It had been understood this process occurred solely on one side of the membrane, outside of the organelle.

This study reveals the conventional view is incomplete. Nishikiori found that an enzyme called ERO1, which resides exclusively inside the organelle, on the opposite side of the membrane, is crucial to promoting the viral replication process. Reduce ERO1 and viral replication goes down, and vice versa, Nishikiori says.

The surprise was: How could an enzyme that was walled off from the virus by a solid membrane barrier activate viral growth? This was their first clue that something must be bridging the membrane. When combined with other insights, the team discovered that a key viral protein builds a pore or pipeline across the membrane, enabling ERO1 to affect viral replication on the other side.

Nishikiori previously found that the proteins creating these pores become strongly linked together by a particular kind of chemical bond, called a disulfide bond. However, these bonds can only be created in an oxidized environment. This explains at least one purpose behind the pores, Nishikiori says. They allow delivery of oxidizing power into the normally non-oxidized cytoplasm to form the disulfide bonds. “When the viral protein creates this pore, it allows oxidants generated by ERO1 to leach from the organelle interior into the cytoplasm and create a plume of oxidizing power,” he says.

Ahlquist speculates that the virus may use these strong linkages to keep the viral genome replication apparatus intact.  Drawing on other recent findings, he says viral replication complexes inside cells are under significant pressure and at risk of breaking off before replication is complete. The strong bonds might be similar to the wire cage holding the cork in place on a champagne bottle, he says.

Basic research on the mechanisms of viral replication is essential to the larger quest to find broad-spectrum antivirals, one of the holy grails of virology, Ahlquist says.

“When you apply an over-the-counter anti-bacterial cream to a child’s scraped knee, it works even though you don’t know exactly which bacteria you’re fighting,” he says. “We don’t have anything like that for viruses; most of our antiviral vaccines and drugs are virus-specific. We need new approaches that target broadly conserved viral features to simultaneously inhibit many viruses.”

Paul Ahlquist is the John and Jeanne Rowe Chair of Virology and director of virology, Morgridge Institute for Research. Ahlquist also is a professor of oncology and molecular virology at the University of Wisconsin–Madison and a Howard Hughes Medical Institute (HHMI) investigator. 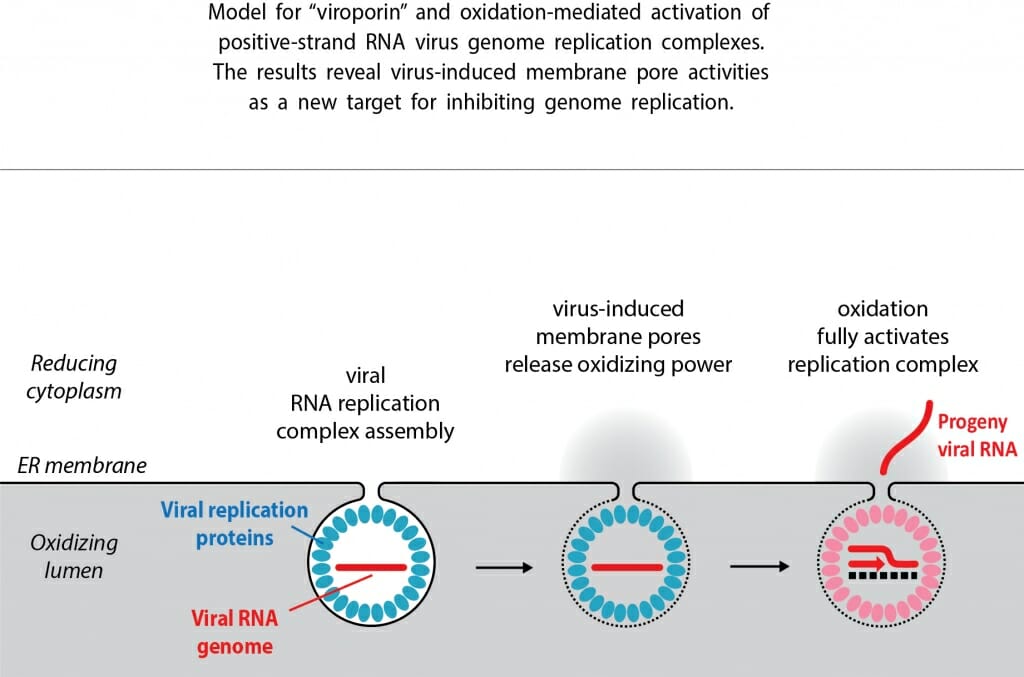 Images are available at: https://uwmadison.box.com/v/ahlquist-media-assets