‘Accidental techie’ from UW-Madison is IT entrepreneur 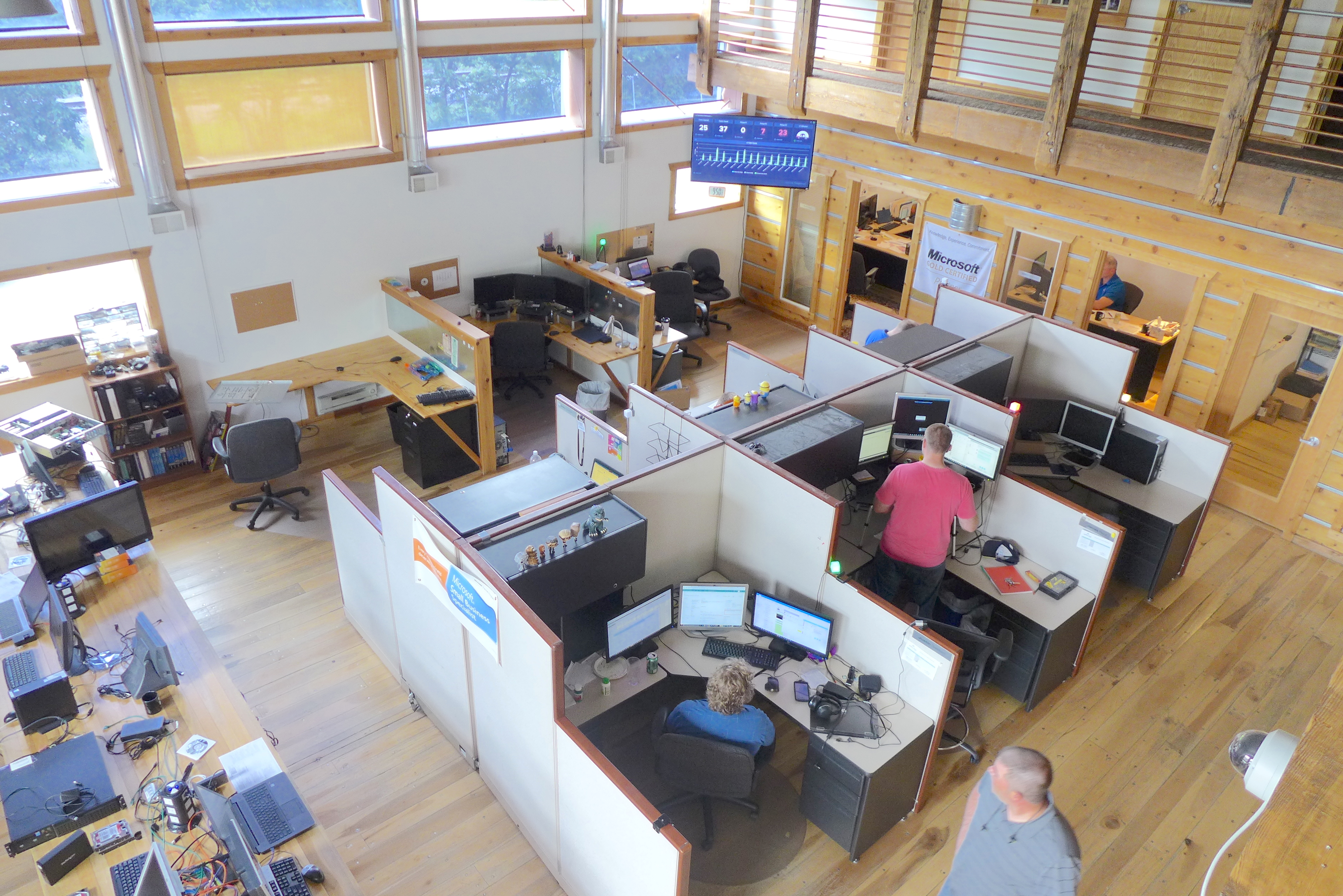 Applied Tech in Madison provides network and computer services to businesses and organizations across Wisconsin. The blue screen at center shows the status of customer support calls. David Tenenbaum

MADISON — The final straw landed in the middle of the night, when Kurt Sippel smashed his foot into a box laden with computer equipment at his apartment. Sippel, the solo operator of a technology assistance firm, got the message: “I’ve gotta get out of my apartment!”

Deliveries of computers, monitors and routers were so frequent that the UPS man had his key.

A native of rural Mt. Calvary in eastern Wisconsin’s Fond du Lac County, Sippel had worked at what was then called the La Follette Institute of Public Affairs at the University of Wisconsin–Madison while getting a bachelor’s degree in agricultural and applied economics. With an aptitude for technology, he gravitated to computer technology and support during the late 1980s, when the PCs invading campus were causing all kinds of consternation. 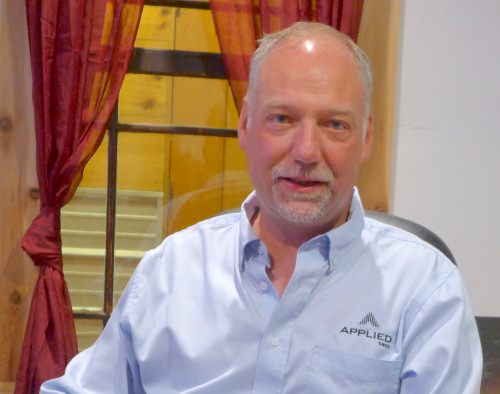 Kurt Sippel, president of Applied Tech in Madison, learned network and computer technology working at the University of Wisconsin–Madison. His 17-year-old firm, located on the east side of Madison, serves clients that are not big enough to have their own IT department. David Tenenbaum

“I was hired to do economic development, outreach and data mining, and getting into tech was a slippery slope,” Sippel says. La Follette’s director, Don Nichols, wanted to connect the organization (now called the La Follette School of Public Affairs) with his fellow economists. “I was decent with technology and got us connected. I got pulled into straight IT (information technology), and I became the accidental techie.”

Lacking a Ph.D., Sippel saw little future at La Follette, so in 1999 he started Applied Tech Solutions and worked out of a 450-square-foot apartment on Madison’s east side. Today, the business, with 62 employees, provides computer support and technical oversight to small and mid-size companies, mainly in Wisconsin.

“Customers are companies that are too big to not have IT support but are too small to do it themselves, or they only have one person,” Sippel says. “We act as their IT department, work on the network and on almost anything that touches the network. If they have a problem, we call the software or hardware vendor, or the ISP (internet service provider) on their behalf. We are the headache guys.”

Customers include heavy users of technology such as professional services, accounting and construction. Health care is one emphasis, Sippel says. “We are much more diligent on the security side than what an individual can do internally.”

Employees must be “as rare as unicorns,” Sippel says. “They have to be really good with human relations and technology. I can teach them technology, but they have to be empathetic. You can never lose your cool even when the client is not happy. You have to be good at calming them down, at letting them know that they matter.”

You can never lose your cool even when the client is not happy. You have to be good at calming them down, at letting them know that they matter.”

Incoming calls are classified as: level one, basic troubleshooting; level two, workstation issues, primarily to support a specific user or equipment; and level three, a problem that affects multiple systems or an entire office. “If they call in the middle of night — and they do — we charge additional for that, but we troubleshoot at all hours,” Sippel says.

Level three calls are rare, Sippel says. “We have software on their machines to tell us when there are problems before the problem surfaces.” The company also stresses standardization. “We try to put in infrastructure that we know. Everybody here gets trained on the same firewall, the same backup, the same router.”

Sippel says his firm is in the top 200 IT outsourcing firms in the world, by size. Beyond the Madison headquarters, it has offices in Milwaukee and Stevens Point. “People want to work across the table from you,” he says. “It’s very much a relationship sale. You have to trust us with your data, your machines, your people.”

The technological change that spawned Applied Tech continues, and as technology moves to the cloud, the firm is starting to offer the type of analysis that Sippel did before he started the business.

“We call it business intelligence. We can take their data from multiple streams: from accounting, from the CRM (customer relations manager), from their energy usage, and turn it into actionable information,” Sippel says. “This is really business consulting: finding what data matters to you, and it’s similar to what I did back at UW for people on campus.”