A taste of vision: Device translates from camera to brain, via the tongue

A device that can convey visual information to a blind person via the tongue, patented almost 20 years ago by a visionary University of Wisconsin–Madison doctor, is now on the market after a long campaign by the company he founded.

One year after attaining Food and Drug Administration approval of its revolutionary system, Wicab Inc. has sold more than 40 of them for $10,000 apiece. That’s a lot of money, but the company expects sales to improve if and when it qualifies for insurance reimbursement. 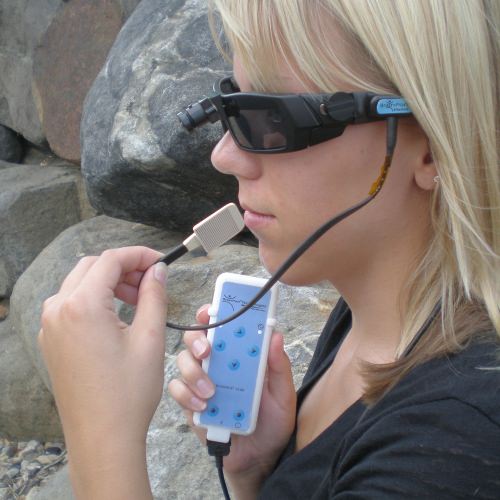 A woman demonstrates the BrainPort V100 vision aid system, in which a video camera positioned between the eyes connects to a processor that feeds electrical pulses to a plate on the tongue. Photo courtesy of Wicab

In the BrainPort V100 vision aid system, a video camera positioned between the eyes connects to a processor that feeds electrical pulses to a plate on the tongue, where a dense network of sensory nerves picks up tiny stimuli. Finally, as with normal vision, the brain interprets incoming sensations to make a picture of the world.

The company was formed by the late Paul Bach-y-Rita, a pioneer in the field of neuroplasticity — the idea, until recently considered heretical, that the adult brain can learn and change substantially with training. As a doctor of rehabilitation medicine at UW–Madison, he grew fascinated with one aspect of neuroplasticity: the idea of sensory substitution.

The blind have long substituted for vision by feeling the bumps of Braille text or listening to talking books, but Bach-y-Rita had a more radical idea. After experimentally placing visual stimuli on the back and elsewhere, he settled on the tongue. Packed with sensory nerves that are tightly connected to the brain, the tongue “excelled compared to all the body parts he tested,” says Wicab CEO Robert Beckman. “It provided the most information to the user.” 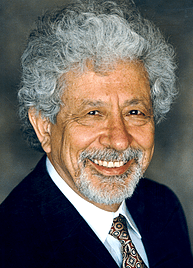 With that realization, Bach-y-Rita formed Wicab in 1998 and began the long struggle toward acceptance. Initially, the company focused on a balance-restoring device that also stimulated the tongue. But by early 2010, after five years of development, the device had failed its ultimate FDA submission study.

Failure was more than a remote possibility as the company pondered bringing the vision device to market — until two of the deepest pockets in technology stepped in. In late 2010, the U.S. Army supplied $3.2 million to fund development of BrainPort.

And then, during a demonstration at Google, an Air Force airman who was blinded by a roadside bomb put the device in his mouth and was soon navigating the room based on visual input to his tongue.

“It blew the Google people away,” including Google co-founder Eric Schmidt, who witnessed the demonstration, Beckman says. Google provided $2.5 million over three years to fund the FDA approval study, without taking any rights or ownership. “It was a gift from Google,” says Beckman, who began working at the firm before Bach-y-Rita’s death in 2006. 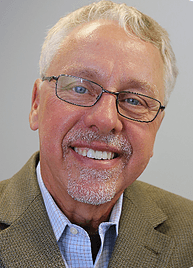 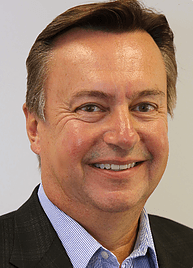 With 12 fulltime employees in Middleton, significant backing from investors and FDA approval for the vision device, Wicab is finally on solid footing, Beckman says. Significantly, it also has a license from the Wisconsin Alumni Research Foundation on Bach-y-Rita’s patent that “broadly covers any device which delivers information through the tongue via electrical stimulation,” says Vice President of Sales Bill Conn.

During the recommended 10 hours of training, a blind person learns to associate the tingling sensations from 400 electrodes into an outline of the surrounding world. Strong contrasts and fast movement show up clearly; the system is not sufficiently fine-grained to display normal text.

The idea that vision can be translated to the tongue may be hard to swallow, and indeed Wicab “does not call it vision,” says Conn, “but the people who use it often call it vision. BrainPort does not replace a cane or a dog, it’s an additional sensory input. It’s like learning a new language — the more you stay with it, the better you get at it.”

“Everything a driverless car can do, we’d like to do as well.”

As Wicab moves ahead with marketing in China, Canada, Europe and the United States, it is developing a second-generation device that incorporates the electronic controller into the headpiece. More important, the device will connect wirelessly to a mobile phone or tablet to enable mobile applications. The initial app will cause the phone to vibrate when it finds an exit sign or a men’s or woman’s restroom.

As BrainPort gets smarter, Beckman sees an analogy to the advances in driverless cars.

“Everything a driverless car can do, we’d like to do as well. A car needs to stay in the lane, and our users need to stay on the sidewalk. I have this vision that you are coming to a crosswalk and your phone vibrates in your pocket, telling you exactly when the walk light is activated.”