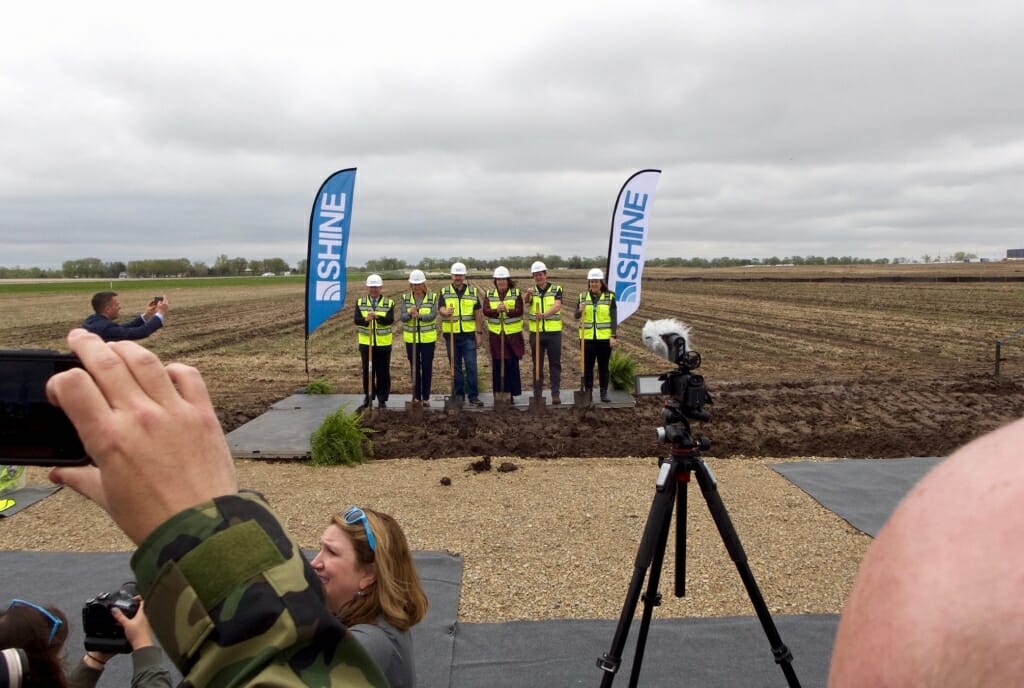 Medical CEO Greg Piefer, third from left, and colleagues’ broke ground on a one-acre building that will produce medical isotopes for diagnosis of cancer, heart disease and other conditions. Photo by David Tenenbaum

JANESVILLE – SHINE Medical, a company with deep roots in the University of Wisconsin–Madison, broke ground on a factory that will produce molybdenum 99 (moly-99), an isotope needed for scans that assess cardiovascular health, cancer and other conditions.

Production, scheduled for late 2021 or early 2022, will meet one-third of the expected global demand for moly-99. 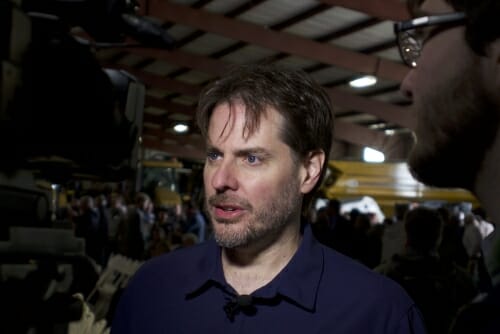 Piefer discussed the company’s plans after the groundbreaking. Photo by David Tenenbaum

At the groundbreaking, CEO and founder Greg Piefer announced that the company was working toward making a second isotope, lutetium-177. Researchers are currently testing this isotope for its apparent ability to jump-start the immune system to kill cancers throughout the body.

Piefer also announced that SHINE has begun to search for a second production site, in Europe. According to preliminary plans, the plant would be about as big as the Janesville operation, and come on line about 2025.

Moly-99 decays to technetium-99, which is needed for about 56,000 medical scans daily in the United States. Presently, moly-99 is produced in aging nuclear reactors that are scheduled to close in the near future, and shortages are already occurring.

Because both isotopes decay fairly rapidly, a continual supply of moly-99 is needed.

SHINE was established in 2010 with support from private investors and the U.S. Department of Energy, which sought a domestic source of moly-99 to forestall possible nuclear terrorism associated with the conventional production.

The SHINE technology represents a “swords into plowshares” venture, Piefer said. “The feedstock for our process is derived from former Russian nuclear warheads that the U.S. has bought” and changed so the material could no longer make bombs. Gesturing toward the empty field where the new factory will be built, he added, “We put that into this building and it comes out as medicine. That is stupidly cool, if you think about it.” 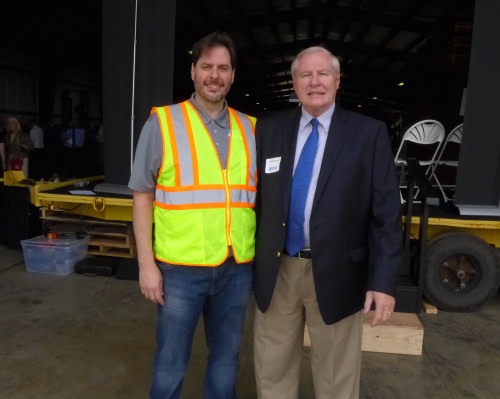 The story at Janesville traces back to Piefer’s studies at UW–Madison with Gerald Kulcinski, a professor of nuclear engineering. “I got into this when I was an undergrad, and I got the idea that wars would be fought over energy,” he said. “So I went to grad school to study nuclear fusion, with the hope it would create clean energy to stop wars.”

Although fusion energy was – and is — a ferocious technical challenge, Piefer said, “Gerry had a great idea, that you could improve the world with fusion, even before we get energy from it. And he outlined short-term, mid-term and long-term applications that would meet actual market needs, that would improve the world, and that would develop fusion technology. That resonated with me.”

Piefer’s founded his first start-up, now called Phoenix LLC, in Madison in 2005, to build the fusion-based neutron generators that he invented. Eight of those generators will be at the heart of the Janesville factory.