Extraordinary members of the University of Wisconsin–Madison faculty were honored during the last year with awards supported by the estate of professor, Senator and Regent William F. Vilas (1840-1908).

Among the recipients: Jo Handelsman, director of the Wisconsin Institute for Discovery and professor of plant pathology, was named to a Vilas Research Professorship. 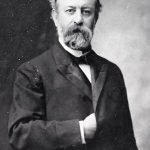 Created “for the advancement of learning,” Vilas Research Professorships are granted to candidates with proven research ability and unusual qualifications and promise. The recipients of the award have contributed significantly to the research mission of the university and are widely recognized both nationally and internationally.

Before returning to UW–Madison this year, Handelsman served for three years as associate director for science at the White House Office of Science and Technology Policy. Since earning her doctorate in molecular biology at UW–Madison, she has authored more than 100 papers, 30 editorials, and three books on microbial communication, metagenomics and gender bias in science. In 2011, she received the Presidential Award for Excellence in Science, Mathematics, and Engineering Mentoring

The professorship provides a salary supplement, funding for research expenses and a retirement supplement for faculty who serve at least 15 years as a Vilas Research Professor.

Thirteen professors were named to Vilas Distinguished Achievement Professorships, an award recognizing distinguished scholarship as well as standout efforts in teaching and service. The professorship provides five years of flexible funding – two-thirds of which is provided by the Office of the Provost through the generosity of the Vilas trustees and one-third provided by the school or college whose dean nominated the winner.