On a brisk and breezy first day of fall, divers recovered an ancient Ho-Chunk canoe from the depths of Lake Mendota, an effort coordinated by the Wisconsin State Historical Society and members of the Ho-Chunk Nation. The dugout canoe, estimated to have sunk to the bottom of the lake some 3,000 years ago, is more than twice as old as another Ho-Chunk canoe recovered from Lake Mendota last year. Divers raised the canoe from the floor of the lake and transported it on a raft across the lake to Spring Harbor Beach, where it was loaded for transport. Those present included Marlon WhiteEagle, president of the Ho-Chunk Nation; Karena Thundercloud, vice president of the Ho-Chunk Nation; and Omar Poler, the Indigenous Education Coordinator in the Office of the Provost. On the southern shores of Lake Mendota, the UW–Madison campus occupies ancestral Ho-Chunk land, known as Teejop in the Ho-Chunk language. UW–Madison researchers played a key role in examining the first canoe found. 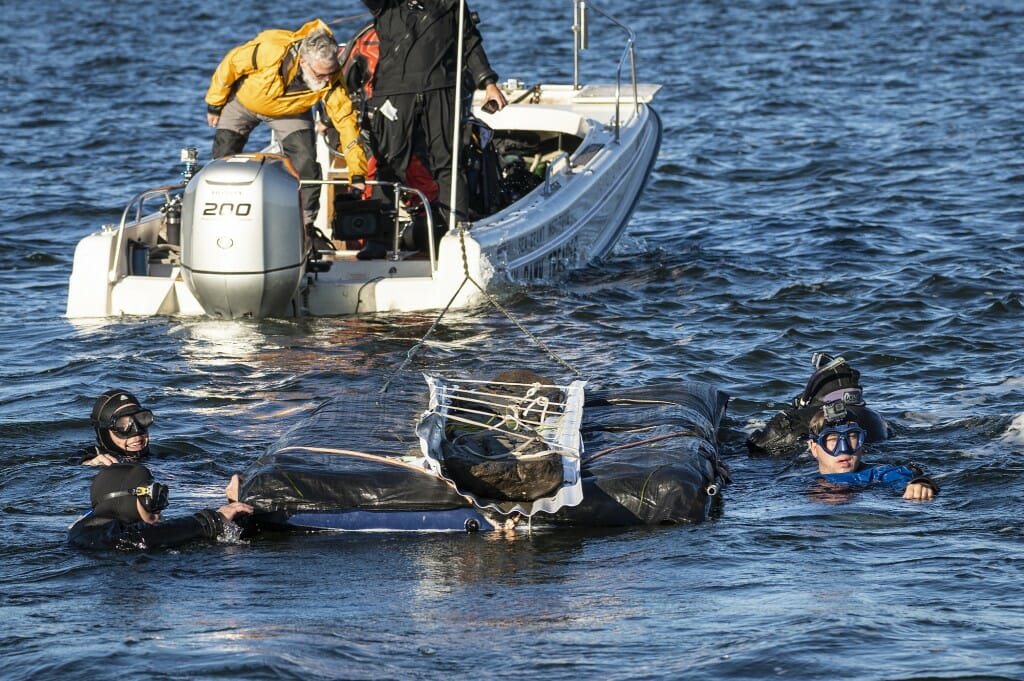 1 Divers stabilize a raft during the recovery of the canoe. Photo by: Bryce Richter 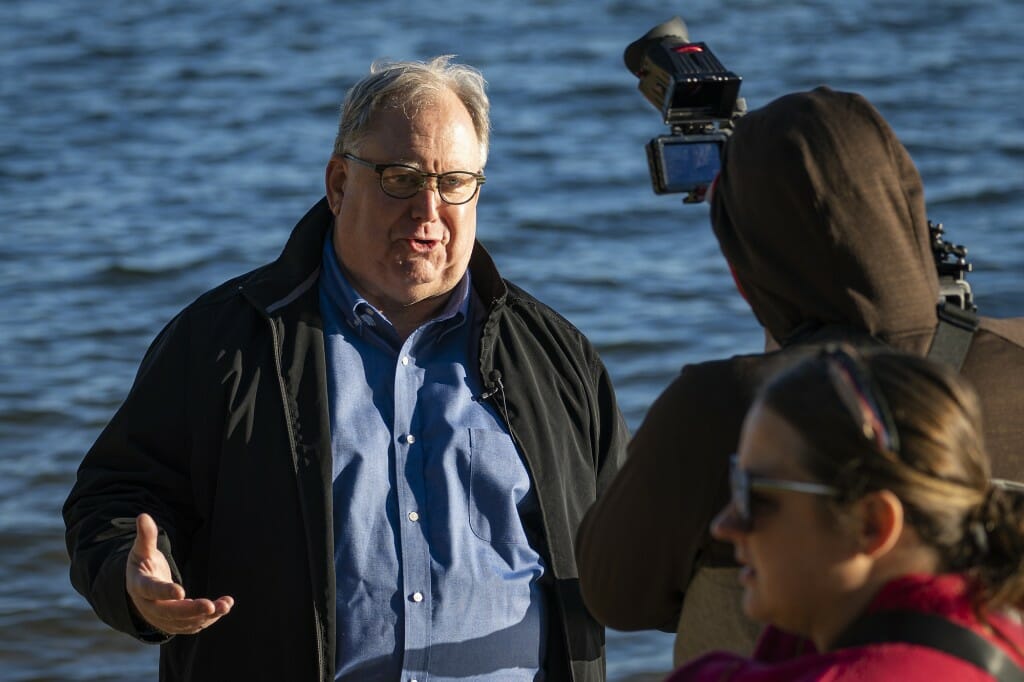 2 Christian Overland, the director and CEO of the Wisconsin Historical Society, speaks to members of the media during the recovery. Photo by: Bryce Richter 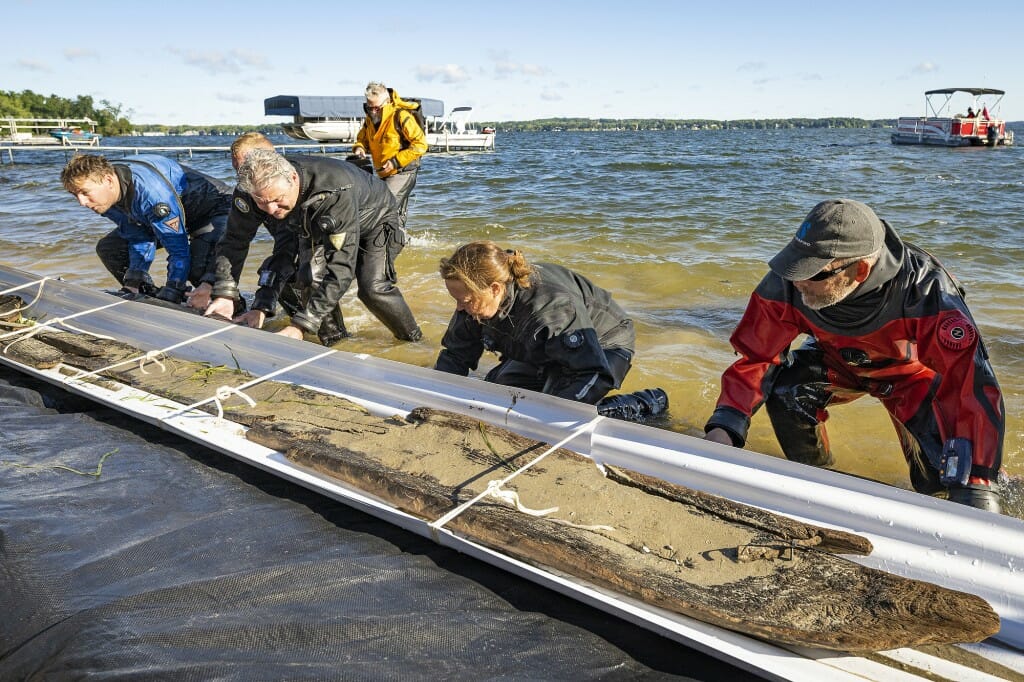 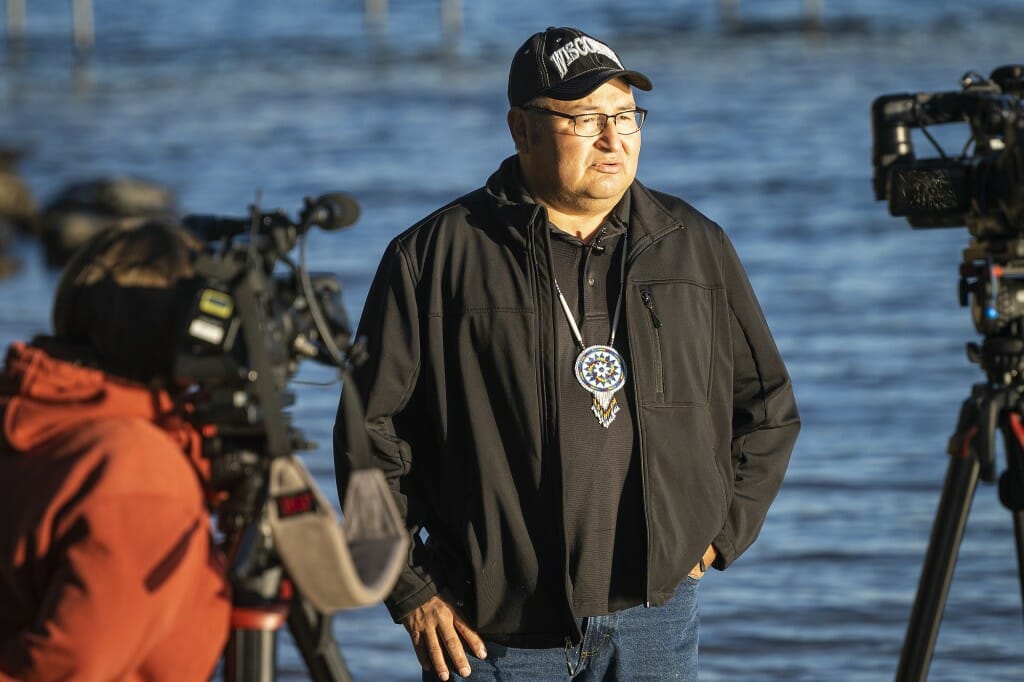 4 Bill Quackenbush, tribal historic preservation officer for the Ho-Chunk Nation and member of the Deer clan, speaks to reporters during the recovery of the canoe. Photo by: Bryce Richter 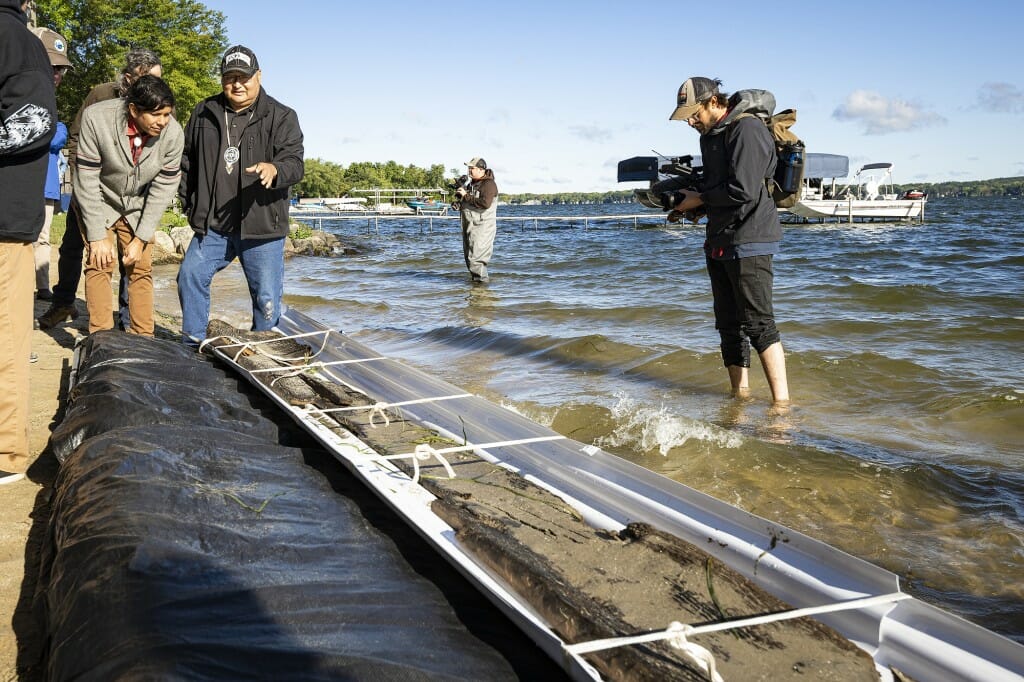