It remains without saying that 2020 has offered unprecedented challenges. In the earliest weeks of the COVID-19 pandemic, classrooms emptied, and instruction and outreach quickly transitioned to remote delivery. Research labs, ultimately reopened with modifications for health and safety, were closed for nearly all but those researchers studying the SARS-CoV-2 virus and its effects.

Yet, our community is filled with examples of resilience, dedication and passion. We have the privilege of covering the work of its researchers and students, whose efforts seem more important than ever as we confront the realities of a pandemic. This year has reminded all of us just how much science, and its connection to humanity, influences our lives. Here are the stories that stood out most to us this year. 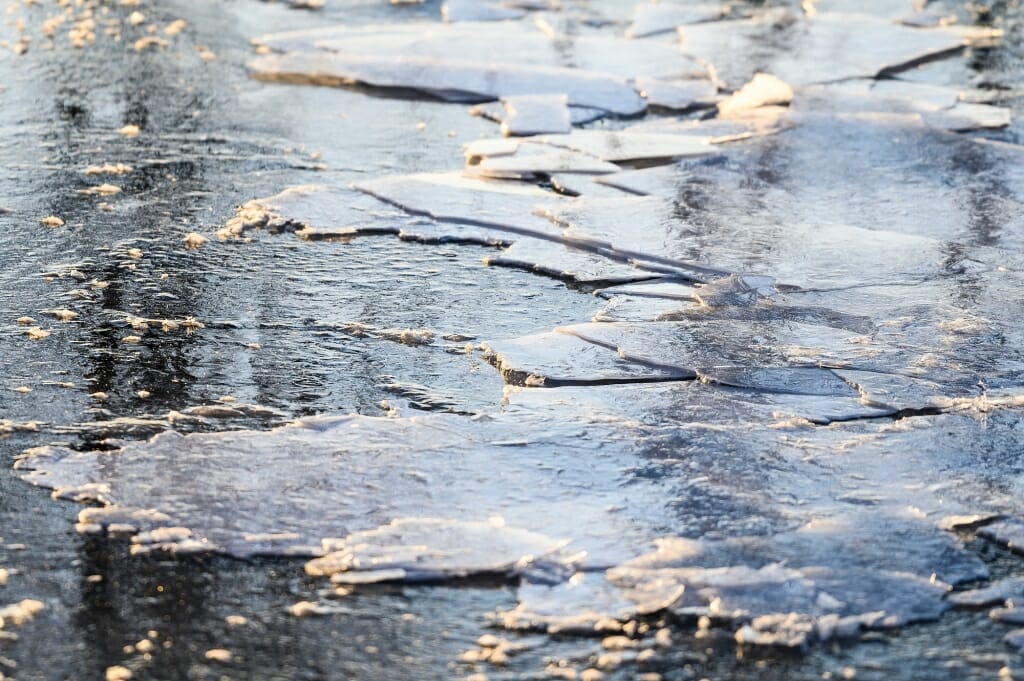 At the start of the year, it seemed the worst we had to worry about was our changing weather. While we were wrong about that, Jordan Gerth, an honorary fellow in weather science at UW–Madison, showed us just how dramatically Madison’s climate has changed over the last 40 years. Thanks to a combination of an expanded urban footprint and climate change, Madison is wetter, warmer and snowier than it was in the 1980s, and its iconic lakes are frozen for less and less time as the planet warms. These new normals officially take effect in January of 2021. 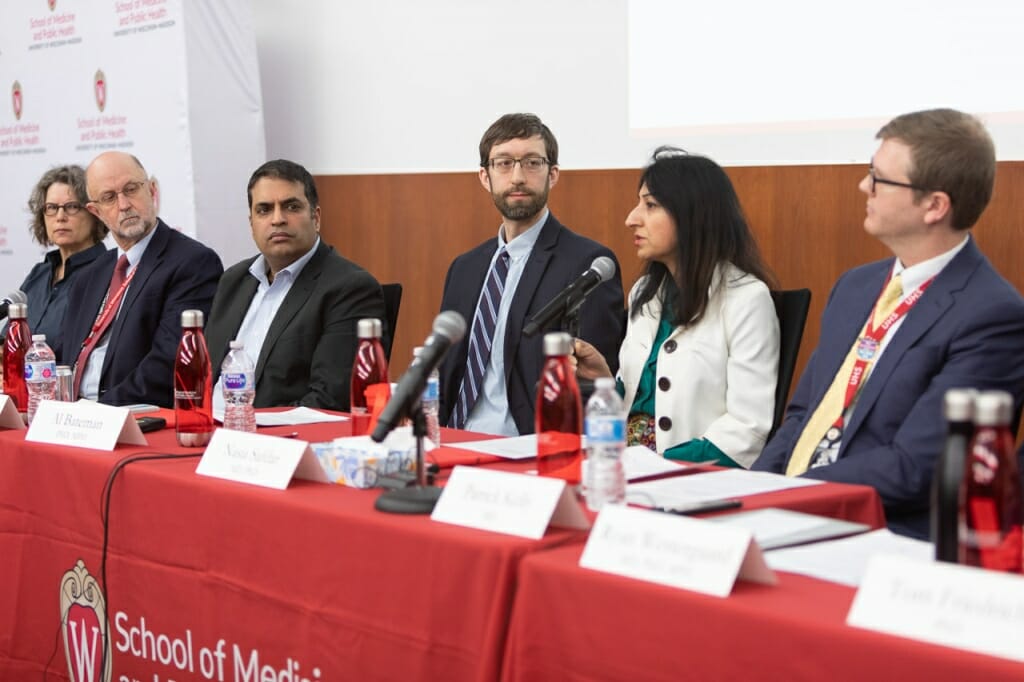 Nasia Safdar, medical director of infection control at UW Hospital and Clinics, discusses preparations the hospital and health care workers have made in light of the new coronavirus. Photo: Todd Brown

What we knew then

On Jan. 28, 2020, a panel of epidemiologists, public health experts, virologists and others at UW–Madison, UW Health and the Wisconsin Department of Health Services gathered in a room so full of audience members a second room was opened to accommodate the crowd. Others watched an online livestream. The topic? A novel coronavirus that had just emerged in Wuhan, China. While few could predict then how that coronavirus, which we now know as SARS-CoV-2, would come to dominate our lives, hearing from the experts offered insight and reassurance that the right people were paying attention and were poised to guide us. 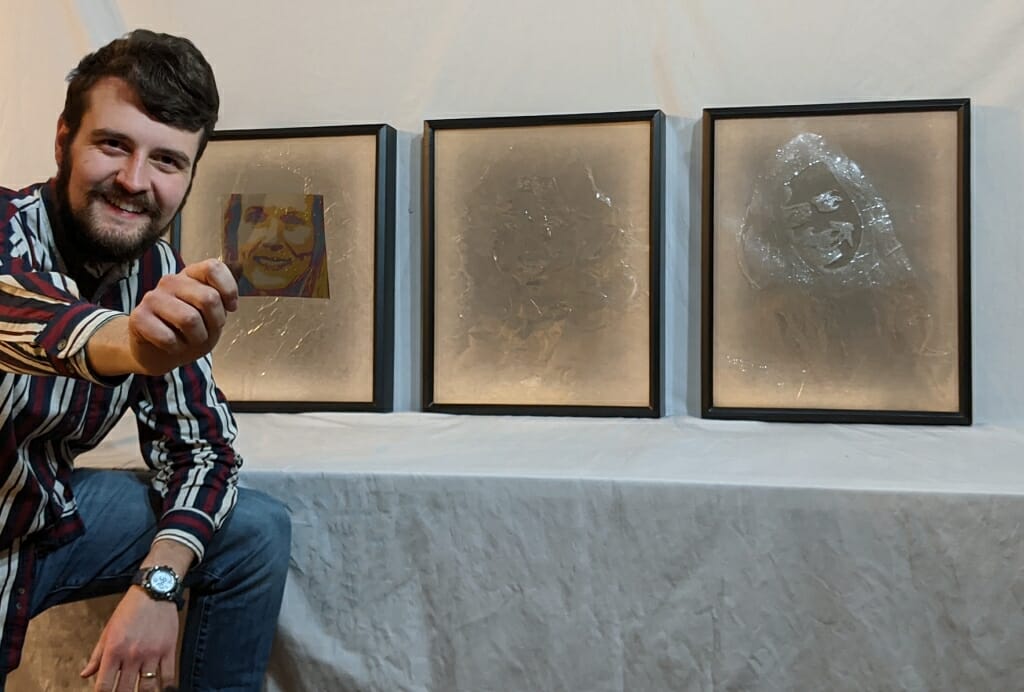 The pandemic made everyone rethink their plans. That included physics graduate student Aedan Gardill, whose grant to do educational outreach at local schools had to be quickly reimagined when instruction went virtual. Gardill enlisted fellow graduate students to create hands-on physics education kits to provide relief from screen time for fifth graders at Henderson Elementary School. Aurora, an aspiring doctor at Henderson, appreciated the break from her routine: “The kaleidoscope is my favorite because it’s kind of challenging at first, but at the end you notice that you made something really cool and it’s your own design.” 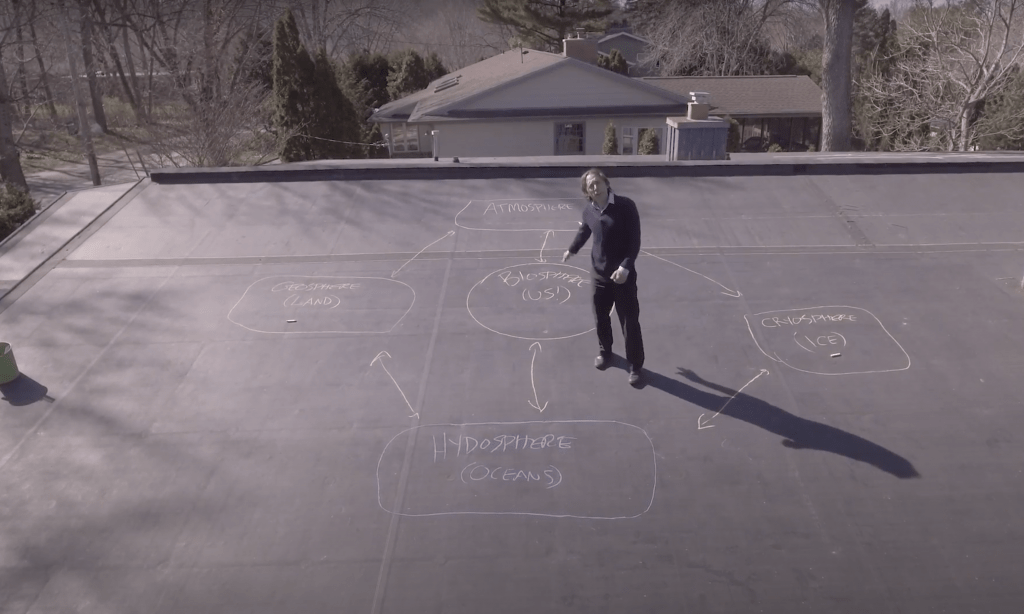 Rocks and The Rock and Uncertain Times

In their last in-person class before the spring semester quickly pivoted to fully remote instruction due to the COVID-19 pandemic, Professor Stephen Meyers’ introductory geoscience students expressed their wishes to hear from UW–Madison Chancellor Rebecca Blank and … the actor The Rock. In Meyers’ final lecture of the semester — a multimedia production called “Living in an Uncertain World,” delivered from the roof of his house — the students learned that even when confronted with unexpected challenges, some wishes really do come true. 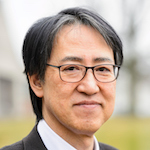 When virology Professor Yoshi Kawaoka, research Professor Peter Halfmann and their team discovered that the virus that causes COVID-19 could indeed be transmitted from cat to cat, and likely from people to their cats, they knew they needed to get word out quickly. They published a brief study in the New England Journal of Medicine, but to help offer guidance to pet owners and others who care for cats, veterinarians like Ruthanne Chun, Keith Poulsen and Sandra Newbury also offered advice. “It’s a stressful time for everyone, and now, more than ever, people need the comfort and support that pets provide,” said Newbury, director of the UW–Madison Shelter Medicine Program. 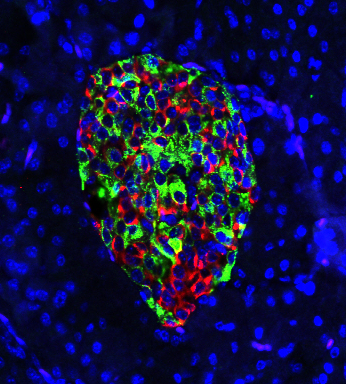 Cells in the pancreas of a gene-edited mouse produce nearly equal amounts of the hormones insulin (green) and glucagon (red). In mice that develop Type 1 diabetes, green would predominate, and insulin production would draw the deadly attention of a disordered immune system. Courtesy of Hugo Lee

Tens of millions of people have developed Type 1 diabetes — often called juvenile diabetes — after their immune systems mistakenly attacked and killed the beta cells that produce insulin, a hormone necessary for making energy from sugar. When biomolecular chemistry professor Feyza Engin and collaborators deleted a gene involved in the cellular response to stress from the DNA in beta cells of mice bred to develop Type 1 diabetes, their beta cells reverted to an immature state. The immune system skipped its attack on the newly immature cells, which survived to mature again into their insulin-producing careers. Voila, no Type 1 diabetes for the mice. 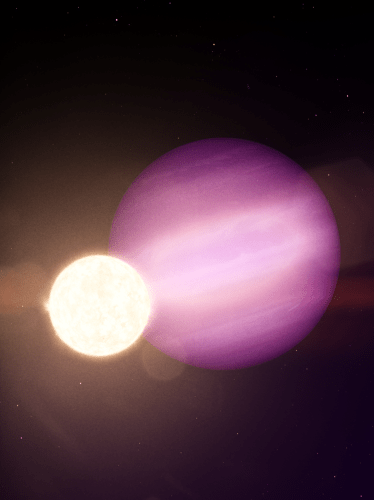 Turning to the cosmos provided a welcome distraction from a difficult year. New UW–Madison astronomy professor Andrew Vanderburg and his team announced they had discovered a stellar system unlike anything most people have imagined. Some 80 light-years from Earth, a massive, Jupiter-sized planet orbits its tiny, white dwarf star every 34 hours on a lightning-fast orbit. Not only does this system give a glimpse at the potential fate of our own solar system, it offers a rare arrangement to create a so-called habitable zone, where liquid water might allow life to evolve in the light of a dying star. 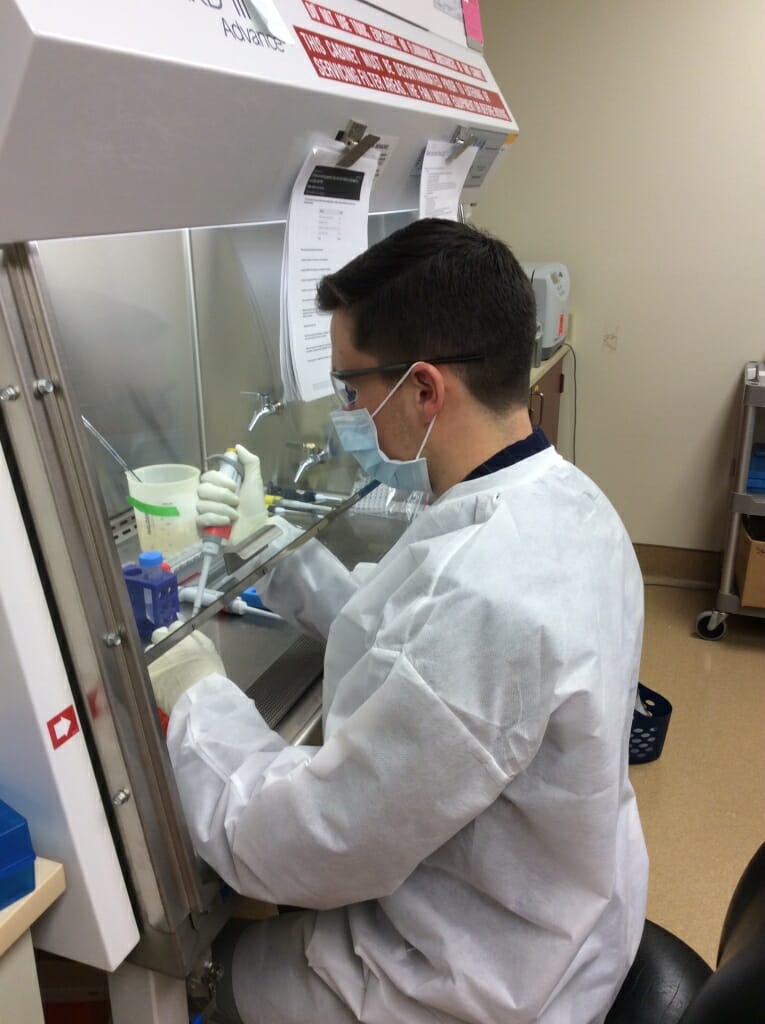 UW–Madison graduate student Gage Moreno processes samples from COVID-19 patients while sequencing the genome of more than 200 variations on the SARS-CoV2 virus which infected people in Dane and Milwaukee counties in early 2020. Courtesy of Gage Moreno

By sequencing the genomes of samples from infected Wisconsinites, UW–Madison researchers found more than 200 variations on the virus that causes COVID-19. The virus family tree they assembled helped explain why Wisconsin’s two largest cities had very different experiences with the pandemic in its earliest months, and made sense of the successful reduction in infection rates following public health orders that limited large gatherings and temporarily closed some businesses. Making similar sequencing efforts part of a standard response could help manage future pandemics.

Badger Talks: How to keep the virus away on Halloween

Malia Jones, an epidemiologist at UW–Madison, penned an article in Slate about her mission to save Halloween while keeping everyone safe. She joined us on Badger Talks to share her tips to protect a beloved, and surprisingly pandemic-friendly, holiday. Thanks to the outdoor nature of trick-or-treating, Jones says, some simple precautions like mask-wearing and distanced candy delivery allowed kids to safely celebrate. Yet, adult traditions like bustling costume parties had to be scrapped this year. Jones herself went as a parade-float queen, tossing candy to her admiring fans — from a safe distance, of course. 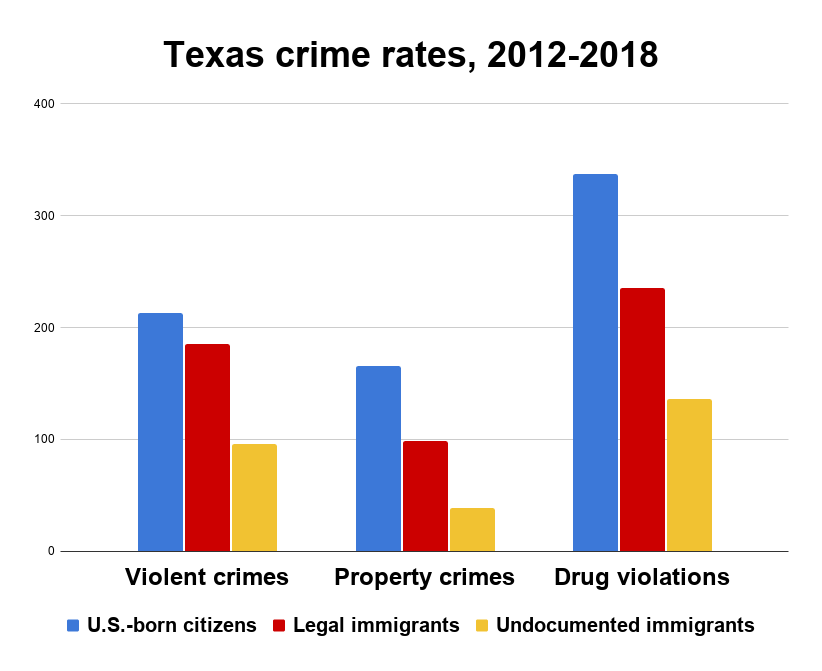 On the cusp of a likely shift in many of the federal government’s policy priorities comes the most direct analysis yet that undocumented immigrants are not an unusual source of crime. In fact, quite the opposite. Sociology professor Michael Light led a study using six years of arrest and conviction records from Texas that show crime rates for the U.S.-born to be several times higher than undocumented immigrants. 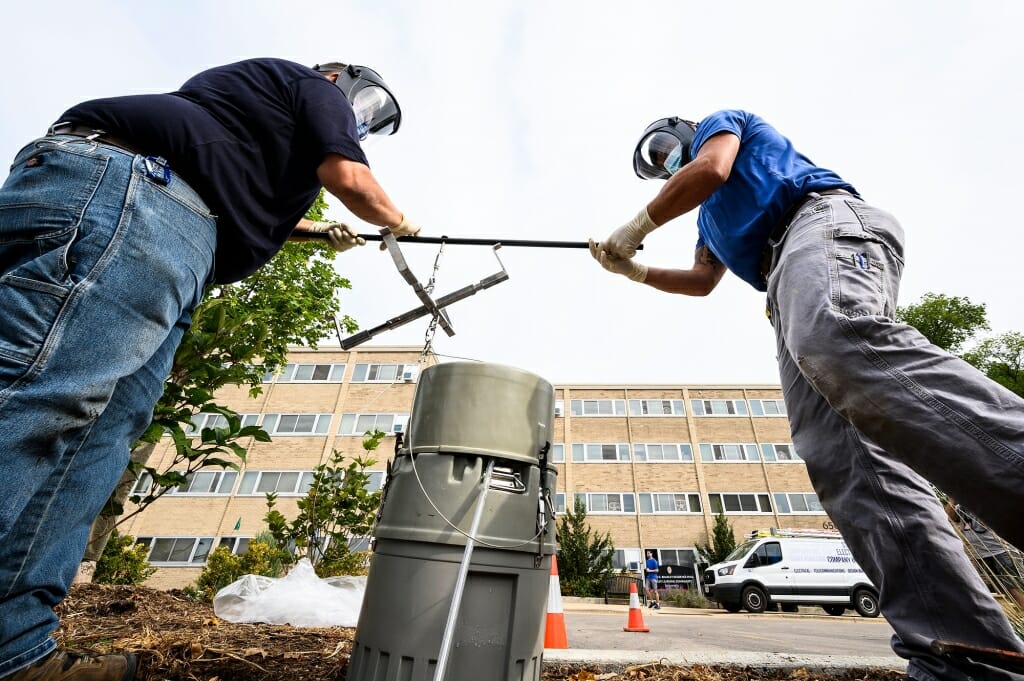 Since all good year-end round-ups deserve a good research story involving poop, this year’s look-back includes a story about the ways public health researchers, epidemiologists, molecular biologists and data scientists at UW–Madison, the Wisconsin State Laboratory of Hygiene and the University of Wisconsin–Milwaukee are using wastewater to understand the SARS-CoV-2 virus. It may be a … dirty job, but, says WSLH and UW–Madison College of Engineering scientist Martin Shafer: “We do it for the good of science and public health.”