Academic staff members bring UW–Madison’s mission to life — they are gifted teachers, world-class researchers and dedicated administrators. None of that has changed with COVID-19. If anything, their creativity and dedication is more needed and more apparent than ever right now. Though the ceremony to recognize this year’s eight winners of Academic Staff Excellence Awards has been postponed, we share their stories today to both congratulate them and to inspire all of us during these difficult times. 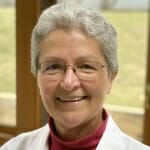 Dramatic changes in health care have necessitated adjustments in the training of medical residents, including a greater reliance on cutting-edge simulation activities. Lewis was tasked with developing an entirely new curriculum, one that would allow future surgeons to hone complex skills without risk to patients. She exceeded all expectations. In just a few years, the department has gone from having no simulation education program to one of the strongest in the country.

Lewis tackled the simulation effort after 13 years of exemplary service to the Surgery Department and six years as manager of educational programs for the Urology Department. She so endeared herself to the urology residents that they would enthusiastically clap for her upon her mere entrance into a room. 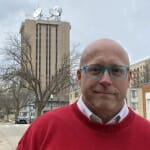 Guided by the principles of the Wisconsin Idea, Robaidek has extended and enhanced the research capabilities of scientists worldwide through his expert management of the Satellite Data Services facility. Robaidek makes sure clients in both the public and private sectors have 24/7, unfettered access to the latest weather satellite data. It’s not a stretch to say his work impacts everything from public safety to the global economy. Colleagues say Robaidek bears this responsibility with enthusiasm and energy. He’s known as an effective, yet humble, supervisor and mentor.

Nationally, Robaidek is praised for designing and implementing innovative software and online projects that have dramatically improved access to historic satellite datasets — an effort that one NASA scientist calls “a game-changer for many researchers.” 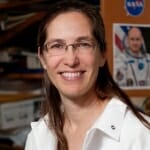 UW–Madison prides itself on having “low walls” when it comes to collaboration between departments and research programs. Swanson’s oversight of the Newcomb Imaging Center exemplifies the best qualities of this approach: collegiality, approachability, efficiency and fairness. She brings encyclopedic knowledge of microscopy and software to the directorship role, along with a friendly, problem-solving approach that one admirer describes as “glass three-quarters full.”

Her tasks are many. She assists scientists in experimental design, execution and best-practice implementation. She provides individualized technical and scientific support. And, since 2007, she has trained more than 1,200 UW–Madison students, post-docs, staff and faculty on the center’s microscopes. Her expertise can make the difference between incomprehensible data and an image worthy of the cover of a scientific journal. 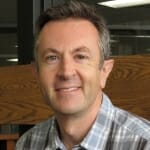 As coordinator of instruction for the UW’s main undergraduate library, Finkelstein is a master at providing freshmen with the skills they’ll need to succeed at research and academic writing. He has been deeply involved in designing content for “Comm A,” the undergraduate communication requirement. He also manages and schedules more than 400 of these sessions each year across three academic departments. He draws special praise for his keen understanding of the needs of international students, some of whom may never have set foot in an American university library.

A special passion of Finkelstein’s involves coordinating requests from area schools to visit the university and learn about college-level research. One group of middle schoolers wrote and performed a rap song to thank him.

Chancellor’s Award for Excellence in Leadership at the School, College or Community Level 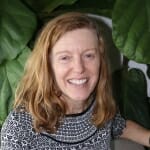 Hammond bolsters UW’s profile nationally and internationally as a hub of language learning. For nearly 20 years, she has directed an eight-week intensive language program that brings approximately 80 students to campus each summer from institutions across the nation and abroad. Hammond’s approach has spurred tremendous growth for UW–Madison far beyond SASLI. She successfully proposed hosting the South Asian Flagship Languages Initiative, and then the granting agency asked her to also lead the new Indonesian Flagship Languages Initiative. Most recently, as a result of her persistent work, UW–Madison has expanded its catalog to include the Turkish Flagship Language Initiative.

Hammond also shines as a supervisor. “Employees want to work for her,” attests one staff member, who says Hammond leads with grace and compassion. 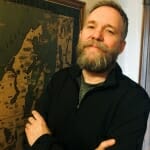 Veregin’s leadership style is unassuming — he motivates and influences others through encouragement and vision as state cartographer, a UW position created in state statute. He and his team have achieved remarkable results. Wisconsin is one of only a handful of states with an online public statewide tax parcel database, stitched together from 72 county databases. More recent work with the Public Land Survey System has led to increased appreciation for funding this vital network.

At the national level, Veregin chairs the task force that will chart a path for Wisconsin in the way locations on Earth’s surface are mapped and measured. These and other projects have been funded in large part by the almost $2 million in external funds Veregin has been able to leverage as a principal investigator. 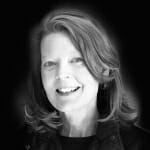 Huser’s 34-year commitment to children and families exemplifies the university’s public service mission and reflects her deeply ingrained quest to support vulnerable and underserved people who are dealing with today’s most serious challenges. With her UW Extension colleagues, Huser has built statewide capacity for programs that strengthen families, reaching children and their parents across geography, race, ethnicity, and socioeconomics. Currently, Huser helms The Literacy Link project, which creates learning-rich experiences for young children and their parents involved in county jails. A national rollout appears likely due to promising results, increasing demand and a rigorous evaluation effort.

Always understanding — yet tenacious when needed — her work ensures that the UW System keeps its commitment as a relevant resource to families, the core building block of society.

Martha Casey Award for Dedicated Service to the University 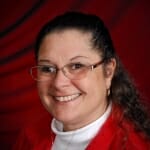 Without Carilli-McCord’s consistent, 30-year dedication, WECP would not be the solid, nationally renowned program it is today, colleagues say. She’s a true unsung hero, working passionately to ensure that everything in the program is held to the highest possible standards. Carilli-McCord has taught in each of the program’s classrooms, holding positions from teacher assistant to lead teacher to administrative assistant. She’s the go-to person for almost all historical knowledge.

Inside the classroom, Carilli-McCord exudes confidence and kindness, excelling at the thoughtful details. She writes a note each day for each child discussing what the child did that day. Twice each year, she documents each child’s developmental milestones in a book of pictures and text. Praised for her warmth, she fittingly is the co-teacher this year in the “Sunshine Room” for 1-year-olds.