Watch comet 46P/Wirtanen, discovered by a Wisconsinite, as it nears Earth 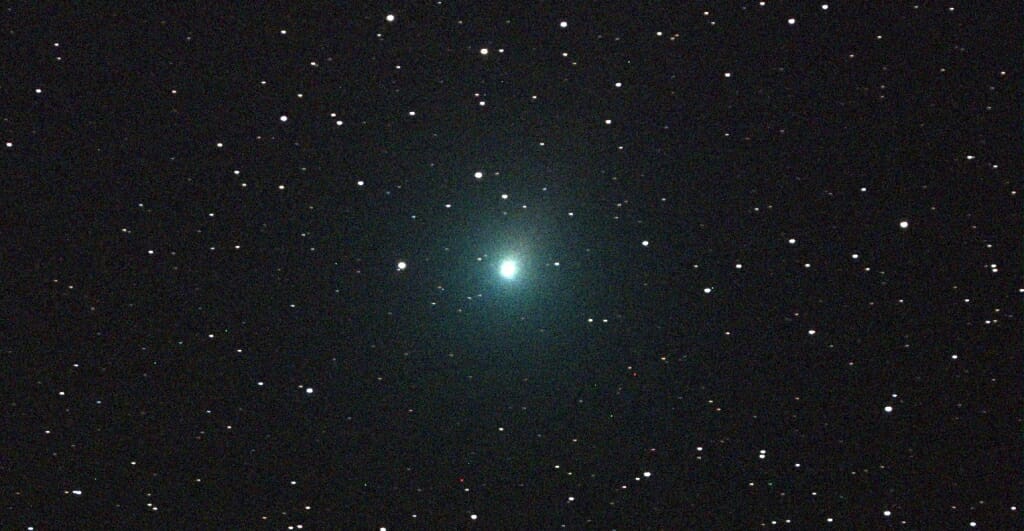 On Dec. 16, you can get your best look yet at a comet — with a mouthful of a name — that has been hurtling toward Earth all month.

When you do, you’ll be taking in the sight of a comet discovered by Kenosha native Carl Wirtanen, a well-regarded hunter of astronomical objects and surveyor of the Milky Way in the 20th century.

Comet 46P/Wirtanen will make its closest approach to Earth on the 16th, when it will be just over 7 million miles from our planet, about 30 times farther away than the moon. Although the brightest comet of 2018, and just visible to the naked eye, Wirtanen’s comet will be seen best in dark skies through binoculars, says Jim Lattis, director of UW Space Place, the University of Wisconsin–Madison astronomy outreach center.

If you have clear skies, preferably away from big city lights, look toward the constellation Taurus, which is just west of Orion. There, Wirtanen’s comet will lie between two bright and well-known star clusters, the Pleiades and the Hyades. The comet will be visible for several days before and after its closest approach, but will likely be brightest around the 16th. 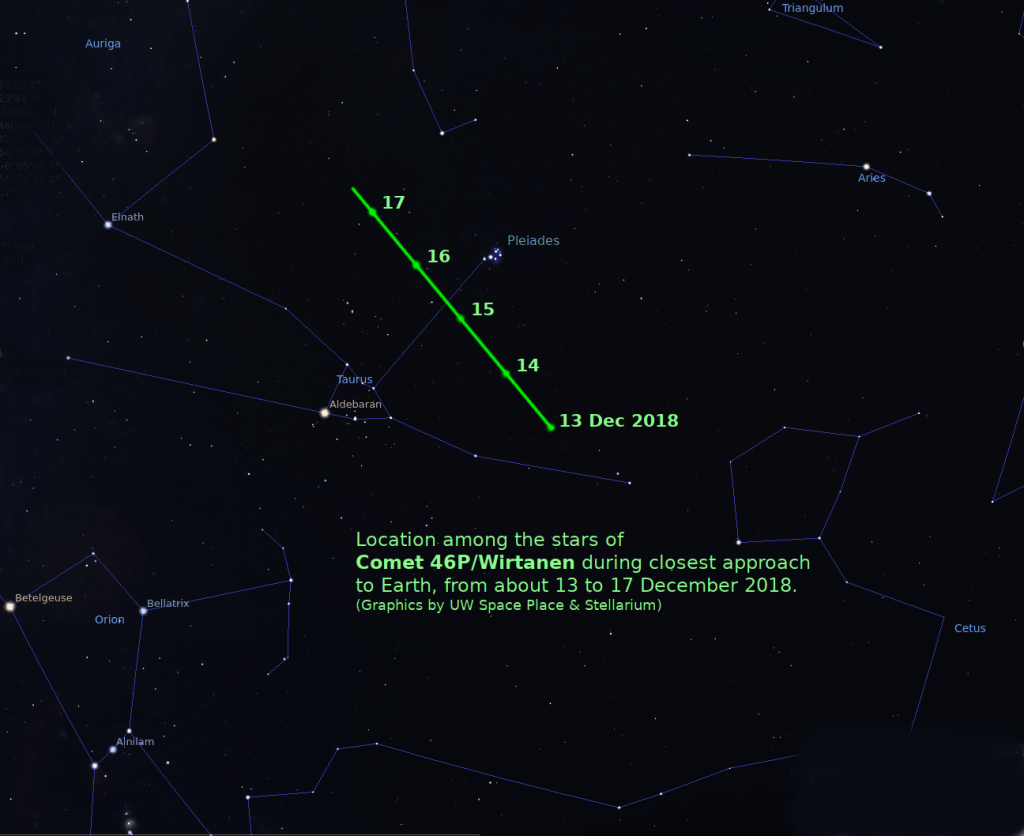 If you have clear skies, preferably away from big city lights, look toward the constellation Taurus, which is just west of Orion. There, Wirtanen’s comet will lie between the Pleiades and the Hyades (click to enlarge).

Wirtanen was born on Nov. 11, 1910, in Kenosha, Wisconsin. He discovered 46P/Wirtanen in 1948 while surveying the motions of faint, distant stars using photographs of the night sky. Wirtanen discovered five comets and three asteroids during his long career, which included a stint doing ballistics research during World War II. His colleagues named one of the asteroids he discovered in his honor upon Wirtanen’s retirement from astronomy in 1981. Wirtanen died in 1990 at the age of 79.

46P/Wirtanen orbits the sun every five-and-a-half years — lightning fast, as comets are concerned. Because the comet is not particularly bright, most of its approaches are unlikely to make for an impressive show from Earth, and this month’s flyby will be among its best. With the exception of Halley’s comet, which returns on the cosmically short timescale of 75 years, most famously bright comets have orbits in the hundreds or thousands of years and are rare sights.

In the early 2000s, the European Space Agency selected 46P/Wirtanen as the target for its Rosetta mission, an ambitious plan to land a probe on a comet for the first time. But launch delays forced new plans, and Rosetta’s probe eventually landed on another comet in 2014 after a 10-year voyage.

“Wirtanen’s comet could easily be chosen again for another mission,” says Lattis. “So that means watching this comet each time it comes near could be important.”

Lattis says missions like Rosetta give scientists a look at the early solar system.

“We’re getting a look at stuff that was formed during the formation of the solar system and has been out in the deep freeze since then,” Lattis says. “When these things come in and we get a chance to study them, we’re seeing some of the raw materials out of which the Earth and the other planets and everything else formed.”

For nonscientists, this lasting memorial to a Wisconsin comet hunter will simply be a fresh opportunity to look up — if the winter skies cooperate.