Waisman Biomanufacturing at the University of Wisconsin–Madison will begin manufacturing a new drug to treat and prevent COVID-19, developed by California-based biotech company GigaGen.

The drug, called GIGA-2050, uses a new approach similar to treating COVID-19 patients with convalescent plasma, or blood products from people recovering (convalescing) from an infection. Waisman Biomanufacturing was created to facilitate just this sort of development and testing of new types of drugs.

“Our mission is to support development of novel therapeutics, and we work collaboratively with companies to find ways to manufacture their groundbreaking drugs,” says Carl Ross, director of Waisman Biomanufacturing. “GIGA-2050 is one of the most exciting manufacturing challenges we have encountered.”

The blood of convalescing COVID-19 patients contains antibodies, proteins created by the immune system to detect and fight off several variants of SARS CoV-2, the virus that causes COVID-19. 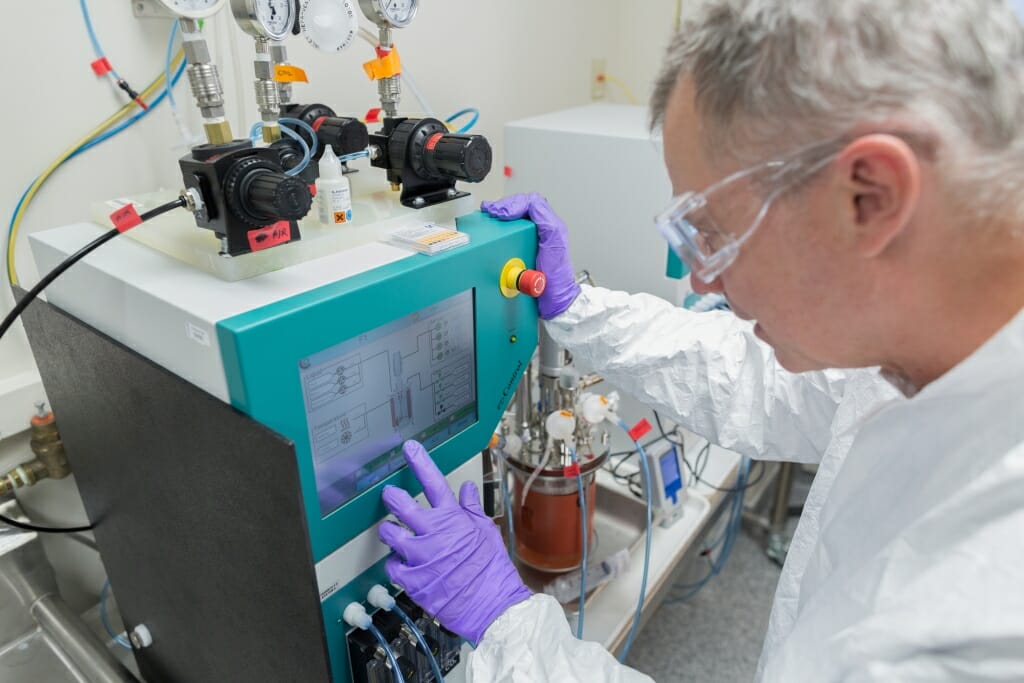 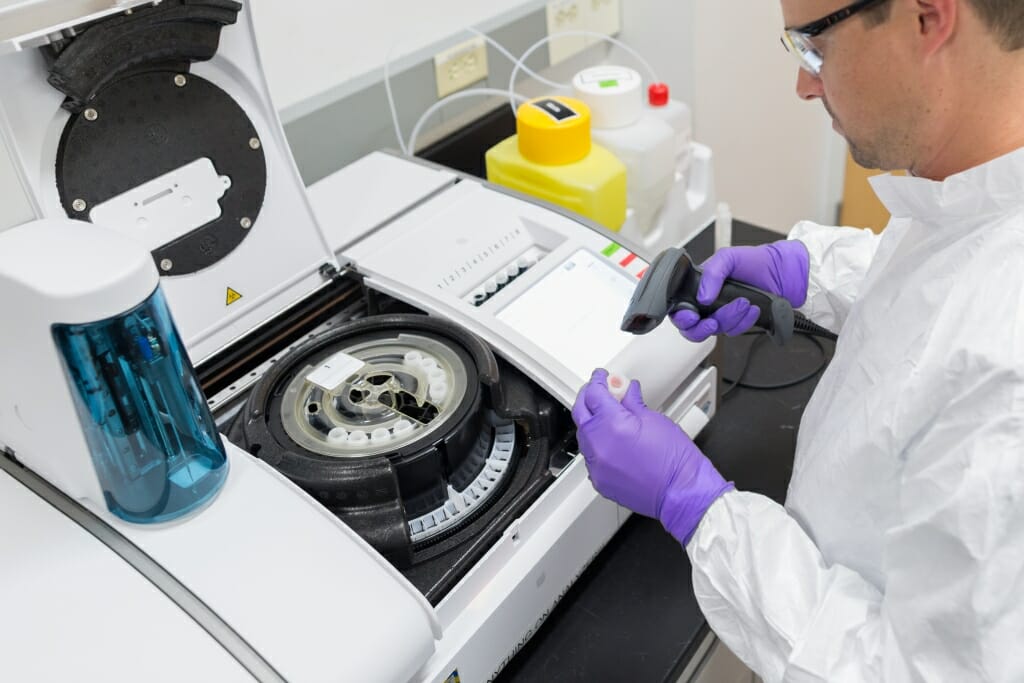 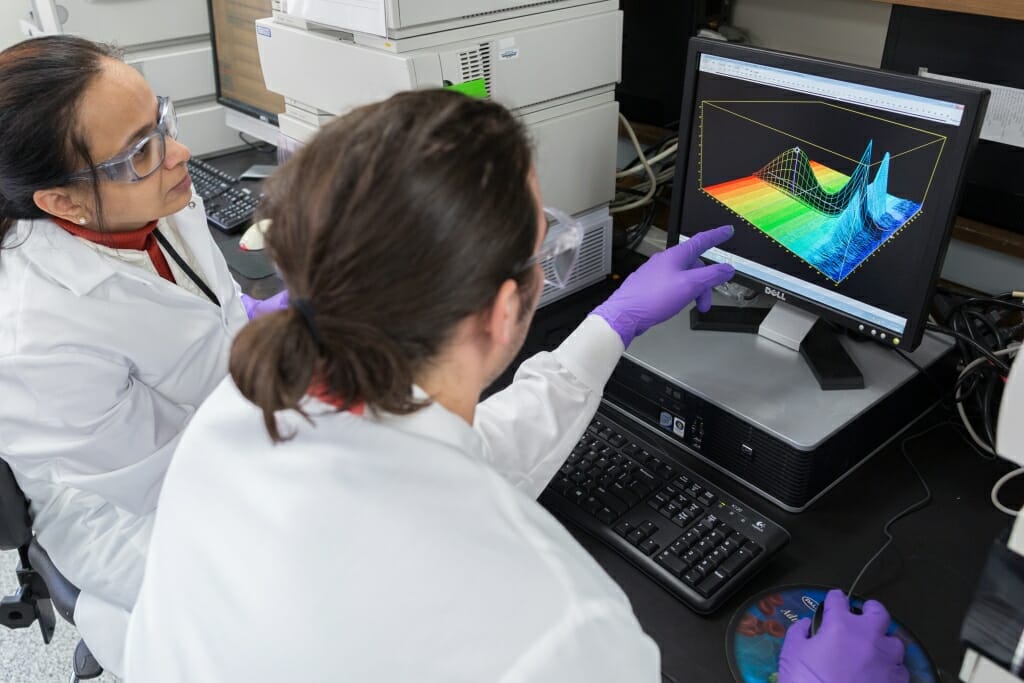 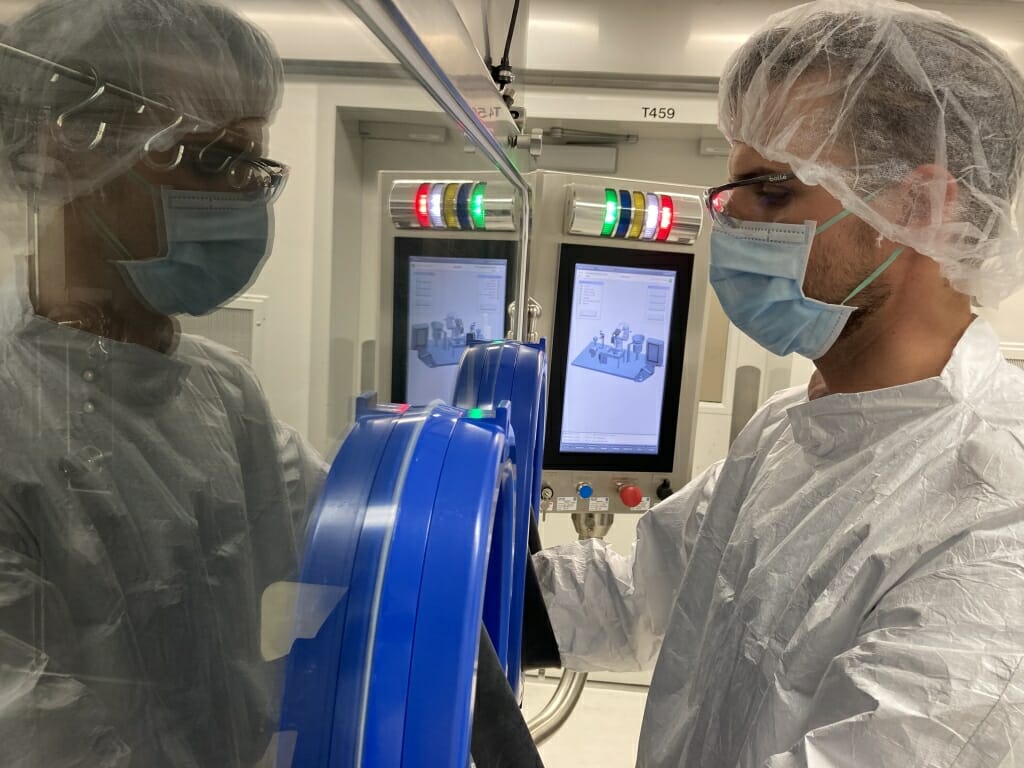 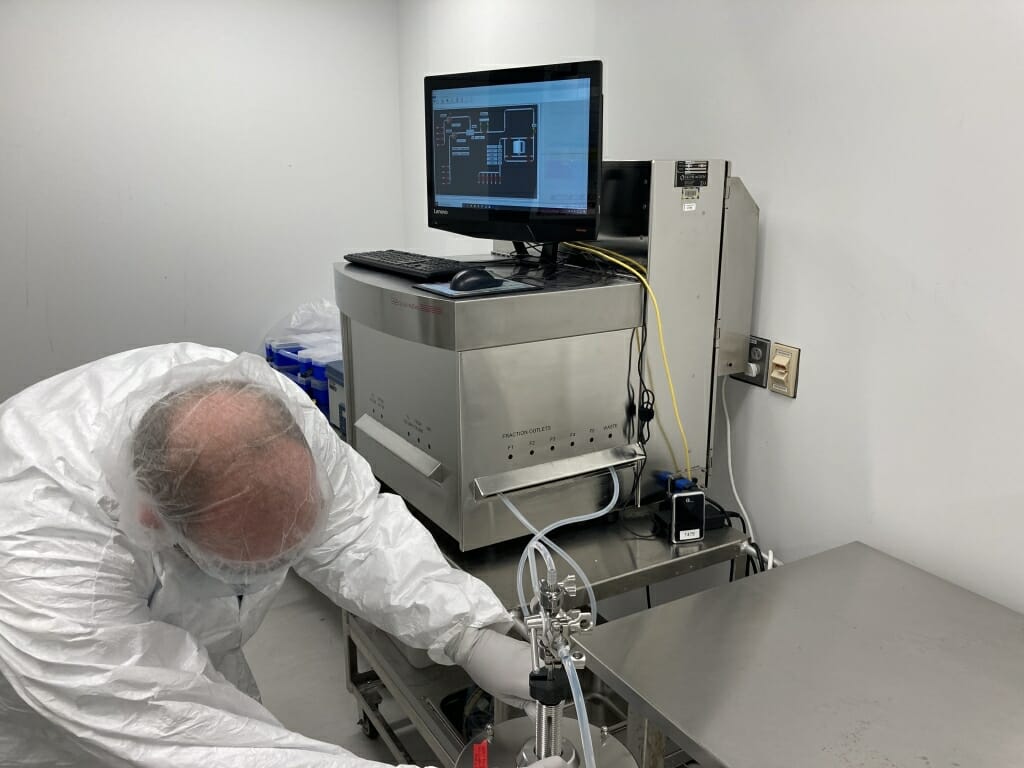 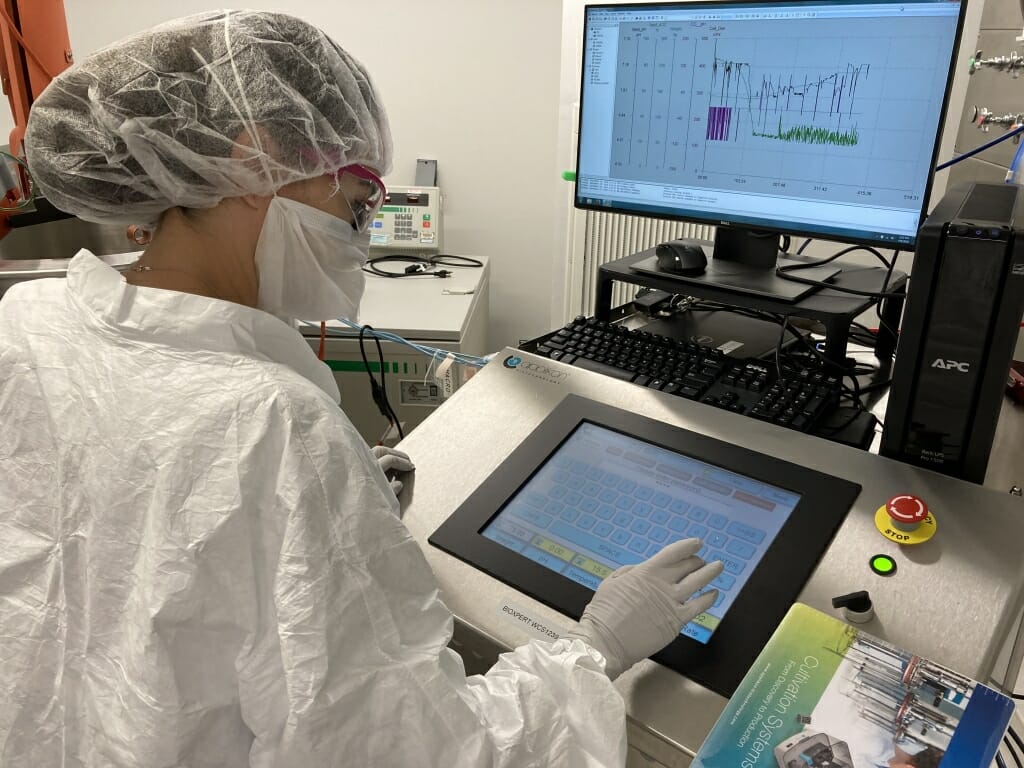 Rachel Mosher adjusts the controls on a production bioreactor like the one in which antibodies for a drug developed to treat and prevent COVID-19 will be produced. Photo courtesy of Waisman Biomanufacturing

GigaGen, which creates antibody drugs for infectious diseases, transplant rejection and some cancers, screened blood donated by people recovering from bouts with COVID-19, and found large patient-to-patient differences in the amounts of different types of coronavirus antibodies. GIGA-2050 replicates and recombines thousands of the donor antibodies most effective at binding to variants of SARS CoV-2, and manufactures them so they may be delivered in a uniform, high-potency dose.

GigaGen reports that in lab tests, GIGA-2050 has been more protective against the virus than convalescent plasma. The company plans to follow those encouraging results with phases of testing to ensure safety and track the way the drug is distributed and absorbed in the body. It will run those studies with GIGA-2050 produced by Waisman Biomanufacturing and Florida-based Goodwin Biotechnology.

Polyclonal drugs — reproducing and combining things like antibodies produced by many different types of cells — have been used for years to successfully treat a range of infectious disease and immunodeficiencies, according to David Johnson, co-founder and CEO of GigaGen, but until now have been produced directly from human and animal plasma.

Cells in Waisman bioreactors will produce antibodies, and the manufacturing center’s scientists will analyze and purify the results and package them as a drug product for use in studies.

“Large-scale manufacturing of GIGA-2050 is a crucial milestone for GigaGen for several reasons,” Johnson says. “It not only puts us on track towards initiation of first-in-human studies for COVID-19 in early 2021, but it demonstrates our ability to execute on novel Good Manufacturing Practice methods for recombinant polyclonal antibody drugs.