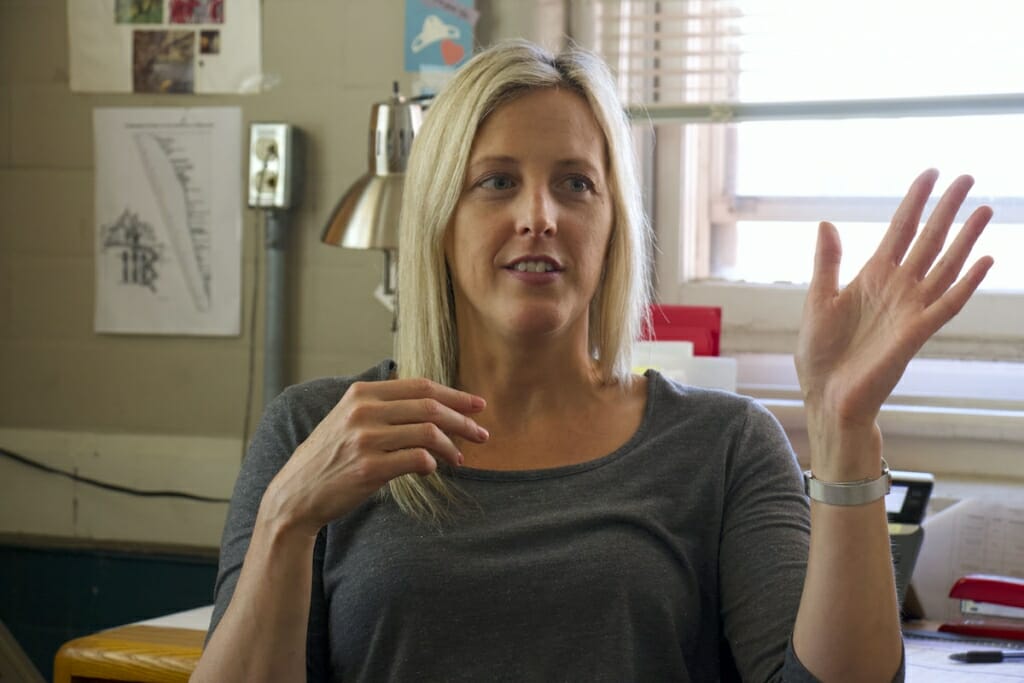 “People can get pretty emotional when they see photos of scenes they remember from childhood,” says Jaime Martindale, map and geospatial data librarian in the department of geography at UW–Madison. Photo by David Tenenbaum

On June 25, the public library in Winchester in Vilas County will host a presentation on Wisconsin’s largest collection of the Badger state’s airborne selfies.

Jaime Martindale, who curates the photos in UW–Madison’s Arthur H. Robinson Map Library, will show a small fraction of the estimated one-quarter million aerial prints at the University of Wisconsin–Madison’s geography department at the Badger Talks presentation.

The oldest aerial photos in the collection date to 1937.

In presenting the photos, Martindale does not claim special expertise about Winchester. “I try to make a point of not going into places to talk about the history of the place,” she says. “The local people know it best. I let the photos speak for themselves, and invite people to share their memories and recollections from the time. People are almost always attached to where they are from, or where they have put roots down.” 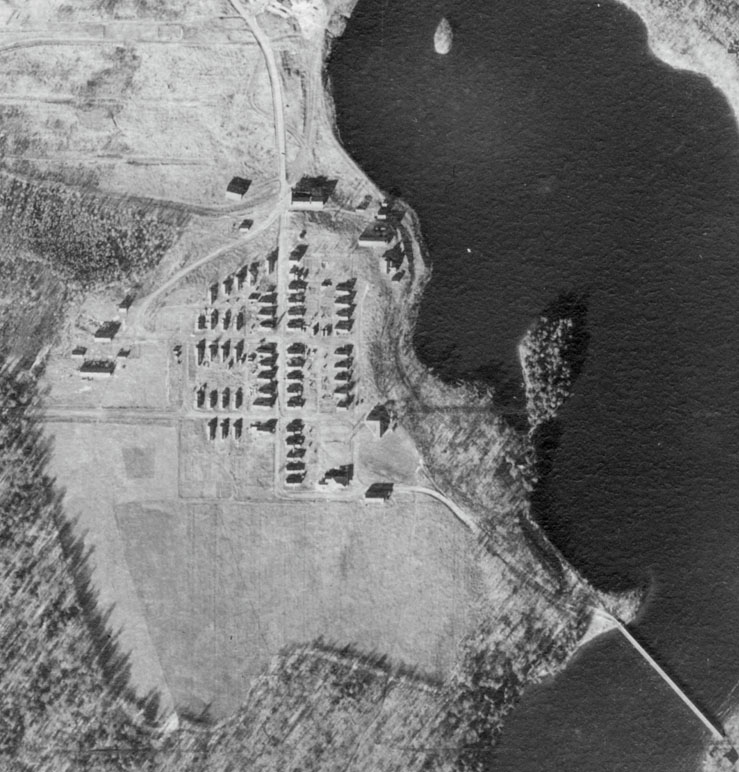 In the early 1900s, Winchester, Vilas County, was a logging hub. In 1937, the village occupied higher ground south of the mill and consisted of 55 homes arranged on a grid, a community building, town hall, and a two-room school. USDA-Farm Security Administration 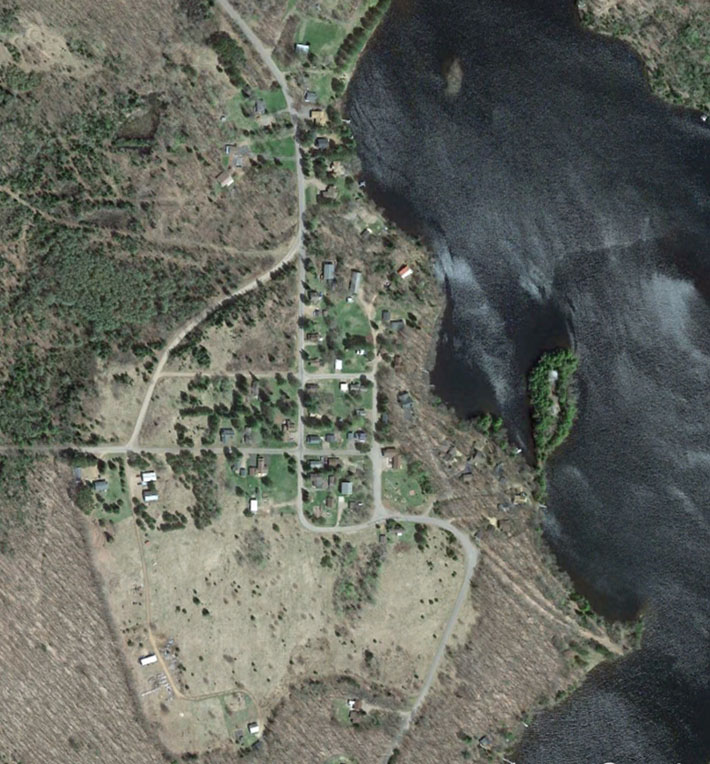 Ironically, this allows Martindale to interact at ground level with the state’s citizens. “Their  use goes beyond students, faculty, and researchers, to include a lot of people from the general  public who want to look at photos of familiar homesteads,” says Martindale.

During World War II, Arthur Robinson headed mapping at the Office of Strategic Services, the forerunner of the Central Intelligence Agency. Later, as a professor of geography, he helped UW–Madison develop as a powerhouse in conventional and computerized cartography.

The first Farm Service Administration photos were taken between 1937 and 1941, as a strategy to monitor and cut overproduction on farms, thus strengthening commodity prices. After the production controls were ruled unconstitutional, the project shifted toward another New-Deal goal – promoting soil conservation. 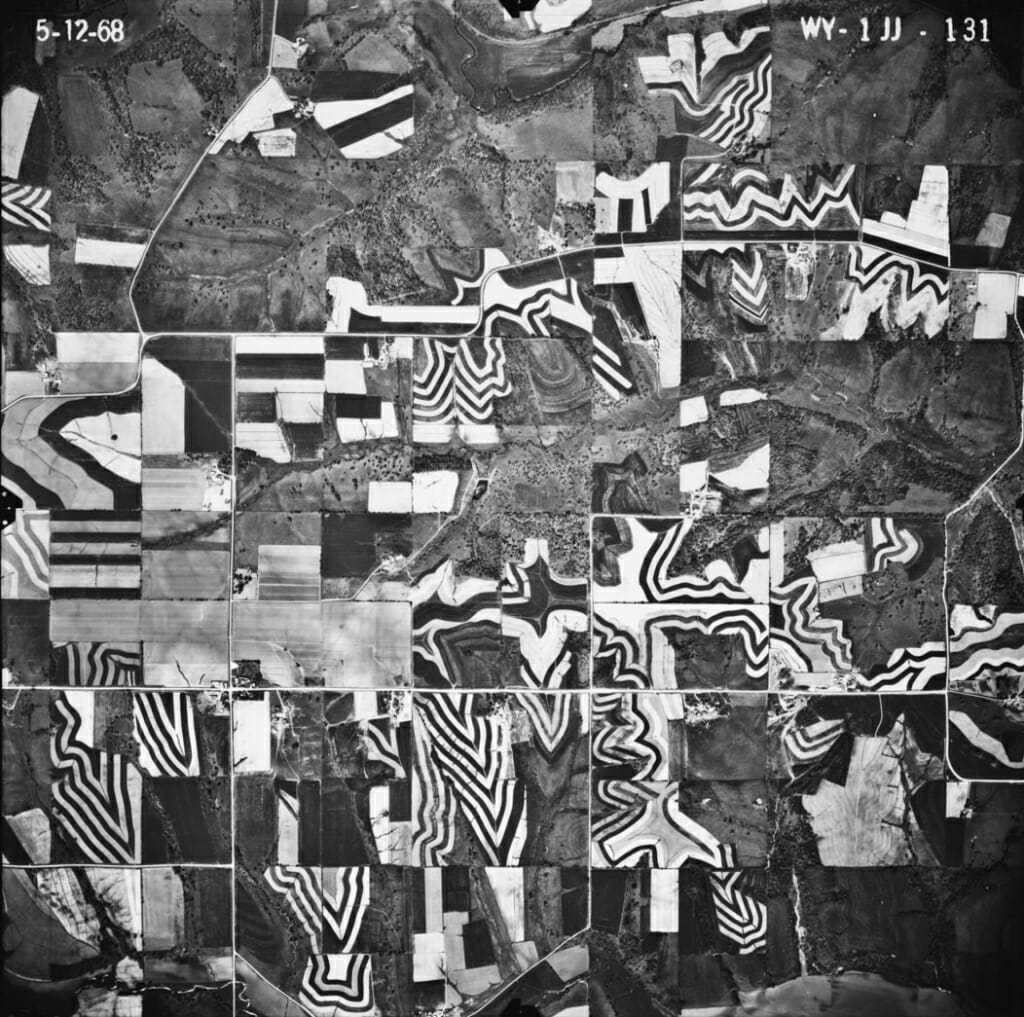 A 1968 aerial from Lafayette County shows how strip cropping (contour planting) to reduce erosion can appear as a work of art from above. USDA-ASCS, archived in Robinson Map Library

“These aerials are a snapshot, taken about once a decade, of nearly every place in Wisconsin,” says Martindale.

The study of geography on any level connects to the landscapes, buildings, families and people that matter to residents across the state, Martindale says.

Because the most prominent features are often related to transportation — a road, railroad or bridge – an aerial photo may spark stories about the difficulty of moving from place to place before a certain bridge or highway was built, she says.

Beyond nostalgic citizens, attorneys working on land disputes are another key audience, Martindale says. “The deed may say ‘The west boundary is a fence,’ but that’s gone. The attorney wants to see visual evidence of the property lines.” Fences, due to their effects on vegetation, may be visible from the air long after being torn out.

Environmental consultants and engineers looking at commercial developments also use the photos to flesh out the full history of what existed on a property, Martindale says.

But it’s the personal stories that Martindale remembers as she shows off the unique collection around the state. “People who have lived somewhere for a long time, for generations, are really proud of that place. People share personal stories about their families. They tend to feel a connection to me because I am helping them make a connection to a place they knew – and still know.”