Edward Van Gemert, vice provost for libraries and university librarian, will retire from the University of Wisconsin–Madison Libraries in May 2018, Provost Sarah Mangelsdorf announced Tuesday. A nationwide search will be launched in the near future to fill the position upon Van Gemert’s departure.

Van Gemert’s retirement follows 46 years of work with libraries, and 2018 will mark 36 years of continuous employment with the General Library System. Van Gemert came to the Libraries as a student assistant in Memorial Library in 1971. He has held a number of positions over the years, including serving as the first person at UW–Madison to hold the title of vice provost for libraries and university librarian. 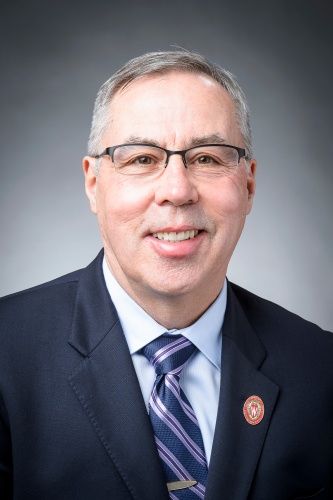 “I’ve had the opportunity to work at an outstanding public research university, in a library system that makes an impact on campus and has afforded me tremendous experiences along the way,” Van Gemert says. “As I prepare to explore the opportunities in the next chapter of my life, I can say without hesitation, my passion and advocacy for libraries and this institution will be unwavering.”

Van Gemert accepted the position of vice provost for libraries under then-Provost Paul De Luca in 2013, with instructions to rethink how the UW–Madison Libraries would advance their role on campus into the future, specifically: growing campus partnerships to assist the fundamental ways the university educates students; creating a strategic plan that encompasses the needs of stakeholders and leadership across campus; and creating a more focused effort to develop a philanthropic fundraising plan with the UW Foundation.

Mangelsdorf, who succeeded De Luca in 2014, praised Van Gemert for his tireless efforts to move the Libraries forward amid constant change in the higher education environment, all while making the Libraries sought-after campus partners.

“Ed has been a terrific colleague during a time of significant change, where visionary leadership and collaborative approaches to problem-solving have been paramount,” Mangelsdorf says. “He is a national leader on issues of access to library materials. We are very appreciative of all that he has accomplished with his leadership team during his time as vice provost and university librarian.”

During Van Gemert’s leadership the Libraries have enjoyed campus support for increased acquisition funding, have been leaders in a long list of well-attended library programs, classes, events and partnership initiatives, both at the local and national levels, and have made advancements in securing key development and funding partnerships. The Libraries have also undertaken the development of an extensive facilities master plan, as well as a campuswide library consolidation project to better position the Libraries to meet campus needs. 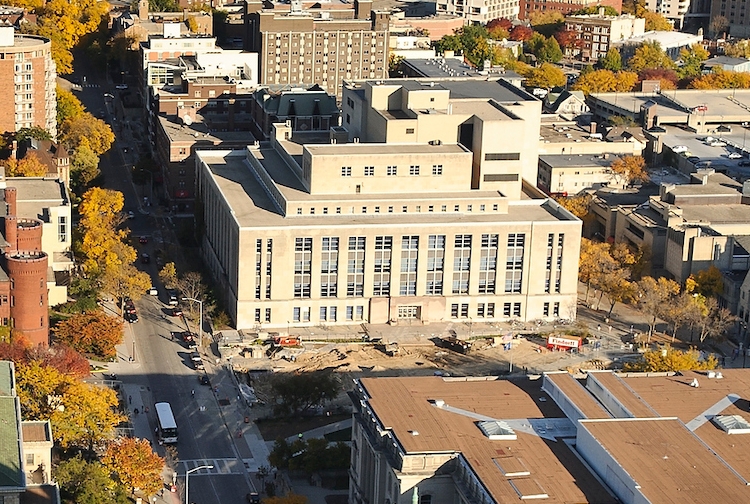 Among other Libraries accomplishments during Van Gemert’s time are:

While the list of successes and opportunities under Van Gemert’s leadership is long, he is quick to note that his success is a direct result of the team he works with, both within the Libraries and across campus, including all of the Libraries’ generous donors and friends.

“The dedication of our staff is second to none, which has made our success possible,” Van Gemert says. “We have endured waves of change over the decades, and that will continue. Change is difficult, but the opportunities for the Libraries to evolve with those shifts and make a great impact will only grow. I’m honored to have been a part of this experience for so long.”

Van Gemert says he looks forward to spending more time with his family, traveling, embarking on several cycling trips, reading, and engaging even more in his volunteer work for adult literacy.