A group of researchers, including Tim Smeeding of the University of Wisconsin–Madison, is proposing a universal monthly child allowance to eliminate extreme poverty among families with children in the United States.

The researchers estimate that the monthly allowance would reduce the child poverty rate by more than 40 percent and the rate of deep poverty among children by approximately 50 percent. It would virtually eliminate extreme child poverty. 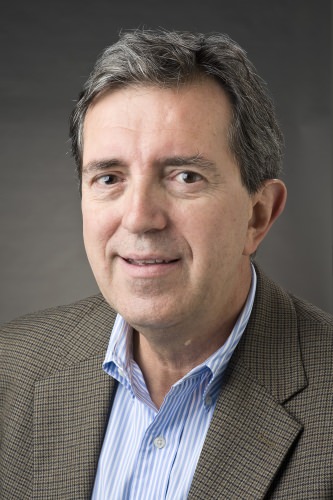 The estimated annual net costs of the preferred child allowance of $250 a month is less than $70 billion, the researchers say. However, a smaller allowance of $175 per child per month could be funded at no additional cost if it replaced the existing child tax exemptions and child deduction, which cost about $100 billion per year.

Smeeding, a professor at UW–Madison’s La Follette School of Public Affairs and an affiliate and former director of the UW’s Institute for Research on Poverty (IRP), and eight other researchers outlined their proposal in a paper being presented at an upcoming conference and later in RSF: The Russell Sage Foundation Journal of the Social Sciences. IRP is sponsoring the conference “Anti-Poverty Policy Initiatives for the United States” in New York.

The child allowance proposal rests on a set of principles that the researchers believe are essential for any large-scale program providing financial assistance to all families with children.

The nine researchers from across the country acknowledge that the United States has significantly expanded its work-based social safety net with impressive results. The Earned Income Tax Credit (EITC) and Additional Child Tax Credit (ACTC), which are paid to wage earners, demonstrate how government policies can help poor families with children and lift more children out of poverty than any other federal programs, they say.

However, because the EITC and ACTC are based on earnings, they leave out children in families too poor to be eligible for the full credit, the researchers report. Also, both are provided annually — in one lump sum at tax time — making it difficult for families struggling with income instability to provide a consistent level of support for their children throughout the year.

Costing nearly $100 billion per year, these two tax-based benefits “are economically equivalent to a child allowance consisting of a single annual payment of $175 per child per month,” the researchers say. Yet, approximately 17 percent of children in the United States still live in families with incomes below the poverty line, and 25 percent live in families with incomes between 100 percent and 200 percent of the poverty line after the refundable tax credits.

The proposed universal monthly child allowance would replace the standard $4,000 per-child tax exemption, the standard Child Tax Credit (CTC), and the Additional Child Tax Credit — a combined annual cost of approximately $100 billion — with regular, dependable cash support for all families with children, putting all children on the same federal financial footing every month. To avoid the cost of creating an entirely new distribution system, the program would work much like the U.S. Social Security system, which pays monthly cash benefits to a large number of people in an efficient manner.

The child allowance would be taxable income but might not be considered income for determining benefits from programs such as the Supplemental Nutrition Assistance Program (SNAP). “Doing so would clearly reduce the costs of those programs and therefore the overall net cost of our proposed (child allowance),” the researchers say.

In fact, a tiered and equivalized model of $175 per month per child, where the child allowance benefits were counted against SNAP and public housing benefits could be completely substituted for the current child exemptions — CTC and ACTC — would incur no additional cost.

The EITC would continue to provide an incentive for employment and the Temporary Assistance for Needy Families program could be used to promote employment, training and childcare as states see fit, the researchers propose.

“Our universal child allowance would provide a basic source of cash support — an income floor — for all families, including our most vulnerable families,” Smeeding says. “The costs might be substantial for one of our preferred alternatives … but this investment would lead to our country’s largest direct reductions in child poverty.”