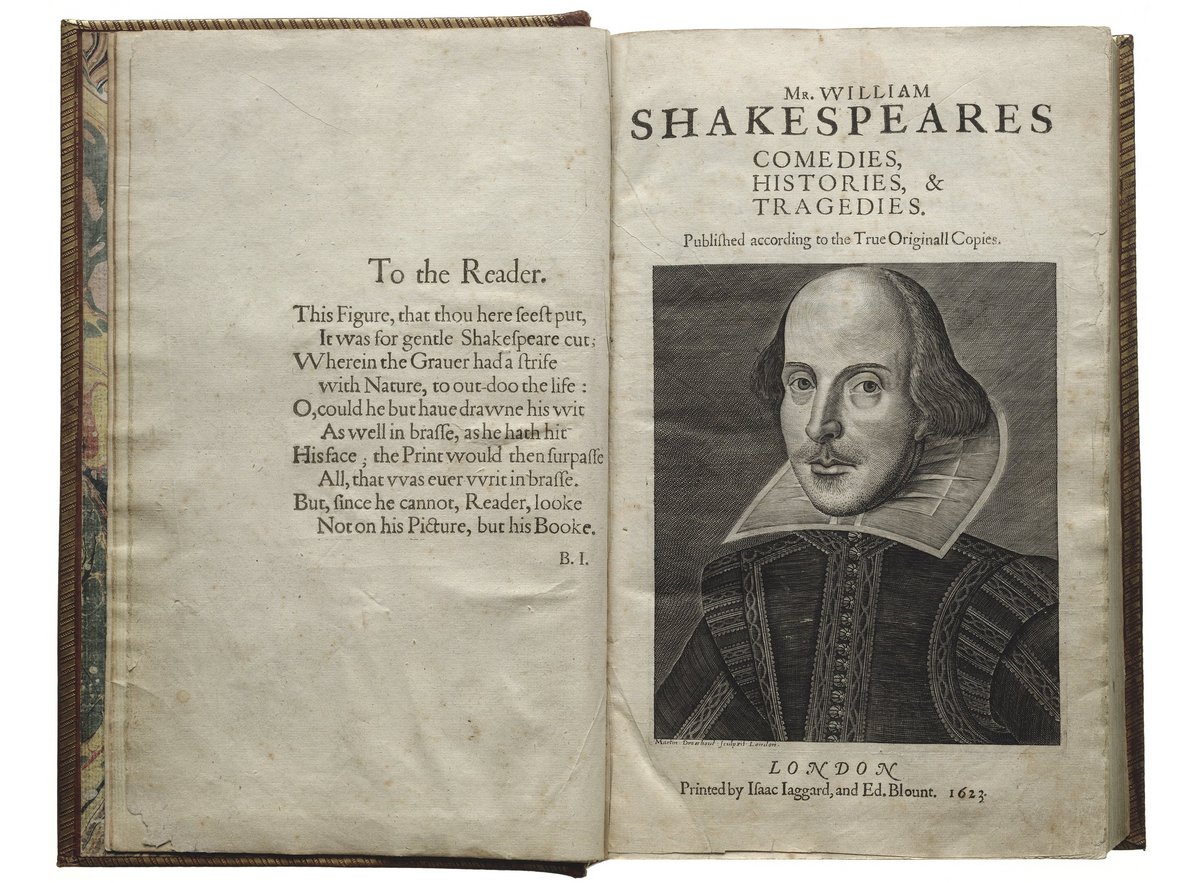 Title page with Droeshout engraving of Shakespeare from the First Folio of Shakespeare. UW–Madison has been selected as the Wisconsin host site for First Folio! The Book that Gave Us Shakespeare, a national traveling exhibition.

The University of Wisconsin–Madison has been selected as the host site for the state of Wisconsin for First Folio! The Book that Gave Us Shakespeare, a national traveling exhibition of the Shakespeare First Folio, one of the world’s most treasured books. The Folger Shakespeare Library in Washington, in partnership with Cincinnati Museum Center and the American Library Association, is touring a First Folio of Shakespeare in 2016 to all 50 states and Puerto Rico.

“The UW-Madison Libraries, along with the Chazen Museum of Art and our many partners across the state, are honored to welcome the First Folio to Wisconsin,” says Ed Van Gemert, vice provost for libraries at UW–Madison. “We are thrilled to be able to share this part of the world’s cultural heritage with the people of Wisconsin and with our students, faculty and staff.”

“The First Folio,” published in 1623, is the first collected edition of Shakespeare’s plays, many of which were not published during his lifetime. Two of Shakespeare’s fellow actors compiled 36 of his plays to preserve them for future generations. Without their efforts, we may have never known 18 plays, including “Macbeth,” “Julius Caesar,” “Twelfth Night,” “The Tempest,” “Antony and Cleopatra,” “The Comedy of Errors” and “As You Like It.”

“Shakespeare tells the human story like no one else. He connects us to each other, to our history, and to themes and ideas that touch us every day.”

“We are fortunate to be able to present the First Folio along with objects from the Chazen’s rich permanent collection to provide a broader context for visitors,” says Russell Panczenko, director of the Chazen Museum of Art.

When displayed, the First Folio will be opened to the one of the most quoted lines in the world, “To be or not to be,” from “Hamlet.” Accompanying the rare book will be a multi-panel exhibit exploring the significance of Shakespeare, then and now, with additional artifacts from various UW collections, as well as collections from around the state. Among the campus libraries’ holdings are rich resources for the study of Shakespeare’s work and its broader cultural impact, including an important copy of the Second Folio, published in 1632.

Throughout 2016 UW–Madison, in coordination with its partners, is planning a variety of programs for the public.

“Shakespeare tells the human story like no one else. He connects us to each other, to our history, and to themes and ideas that touch us every day,” says Michael Witmore, director of the Folger Shakespeare Library. “We are delighted that we can share this precious resource with people everywhere, from San Diego, California, to Gurabo, Puerto Rico; from Eugene, Oregon, to Duluth, Minnesota.”

Final touring dates for First Folio! The Book that Gave Us Shakespeare will be announced in April.

First Folio! The Book that Gave Us Shakespeare has been made possible in part by a major grant from the National Endowment for the Humanities: Exploring the human endeavor, and by the generous support of Vinton and Sigrid Cerf and the Google Inc. Charitable Giving Fund of Tides Foundation. Sponsorship opportunities of this major exhibition and the Folger’s other Wonder of Will programs commemorating the 400th anniversary of Shakespeare’s death are available; learn more at www.folger.edu.

Read additional details about the exhibition