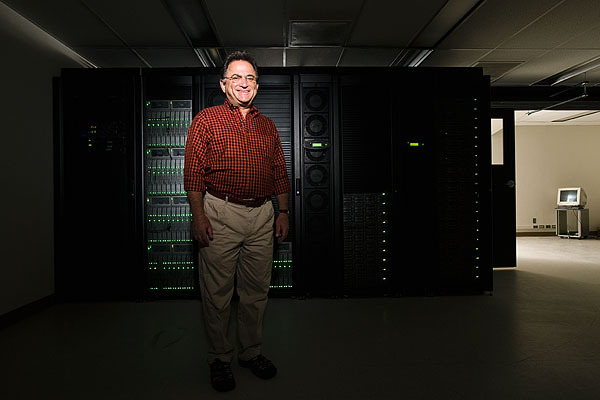 The three researchers led an extensive international team, known as the LIGO Scientific Collaboration, that discovered ripples in space-time called gravitational waves. The existence of such waves was predicted by Einstein a century ago.

UW–Madison’s HTCondor High-Throughput Computing software served as the computing infrastructure for managing the analysis of the data collected by the two detectors of the LIGO observatory. In high-throughput computing, massive tasks are made possible by breaking them down into smaller jobs that can be run on thousands of networked computers. Condor ran complex data analysis workflows on computing resources throughout the U.S. and Europe, encompassing computational tasks from about 700 researchers.

“We are honored that LIGO trusted us to manage their computing infrastructure,” says Miron Livny, UW–Madison professor of computer sciences and chief technology officer for the Morgridge Institute for Research and Wisconsin Institute for Discovery. “The collaboration with LIGO was also very productive in that it helped us to advance the state of the art of high-throughput computing.”

LIGO adopted the HTCondor software about 15 years ago, and LIGO has recently become a user of the Open Science Grid, for which Livny is the principal investigator. Open Science Grid depends heavily on Condor technologies.

The UW–Milwaukee and UW–Madison partnership stretches back more than a decade, and involves a 29-member team of researchers at UW–Milwaukee.

“What we have is the expertise of two UW System schools coming together to tackle a complex data analysis problem,” Thomas Downes, UW–Milwaukee senior scientist of physics and LIGO investigator, said in 2016. “And it was much more easily solved because Milwaukee and Madison are right down the street from each other.”