Jonathan Patz, professor and director of the Global Health Institute at the University of Wisconsin–Madison, has been elected a member of the National Academy of Medicine in recognition of his pioneering research showing the risk global climate change poses for human health. 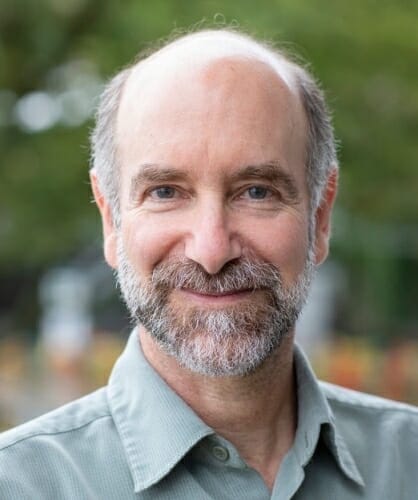 Patz, the John P. Holton Chair of Health and the Environment in the Nelson Institute for Environmental Studies and the Department of Population Health Sciences, helped pioneer the study of climate and health. He organized the first American Public Health Association discussions and resolutions on climate change, setting the stage for more than two decades of work establishing this new field of health science and communicating its importance to policymakers and the public.

For 14 years, Patz served as a lead author for the United Nations Intergovernmental Panel on Climate Change — which shared the 2007 Nobel Peace Prize with Al Gore — and in 1998 was invited to co-­chair the health expert panel of the first National Assessment on Climate Change mandated by the U.S. Congress. Patz has testified on climate change and health in both houses of Congress and in state legislatures, and served recently on a committee of the Presidential Council of Advisors on Science and Technology.

His team’s long list of discoveries includes: the impact of climate change on increased risk for asthma; the relationship between heat wave mortality and latitude; identifying populations most vulnerable to heat-related morbidity; the association of Hantavirus outbreaks with El Niño in the southwestern United States; the relationship between waterborne disease outbreaks and heavy rainfall events; the link between South American cholera outbreaks and childhood diarrheal diseases to El Niño; mosquito-borne dengue fever risks from projected climate change; and increased malaria risk from combined land use and local climatic change in the Amazon Basin. Most recently, Patz has described the substantial health benefits that arise from improved air quality and physical fitness by reducing the use of fossil fuels.

Patz is one of 100 new members announced today at the academy’s annual meeting. New members are chosen by active academy members based on their contributions to the advancement of the medical sciences, health care and public health.

“These newly elected members represent the most exceptional scholars and leaders whose remarkable work has advanced science, medicine, and health in the U.S. and around the globe,” said National Academy of Medicine President Victor J. Dzau. “Their expertise will be vital to addressing today’s most pressing health and scientific challenges and informing the future of health and medicine for the benefit of us all. I am honored to welcome these esteemed individuals to the National Academy of Medicine.”