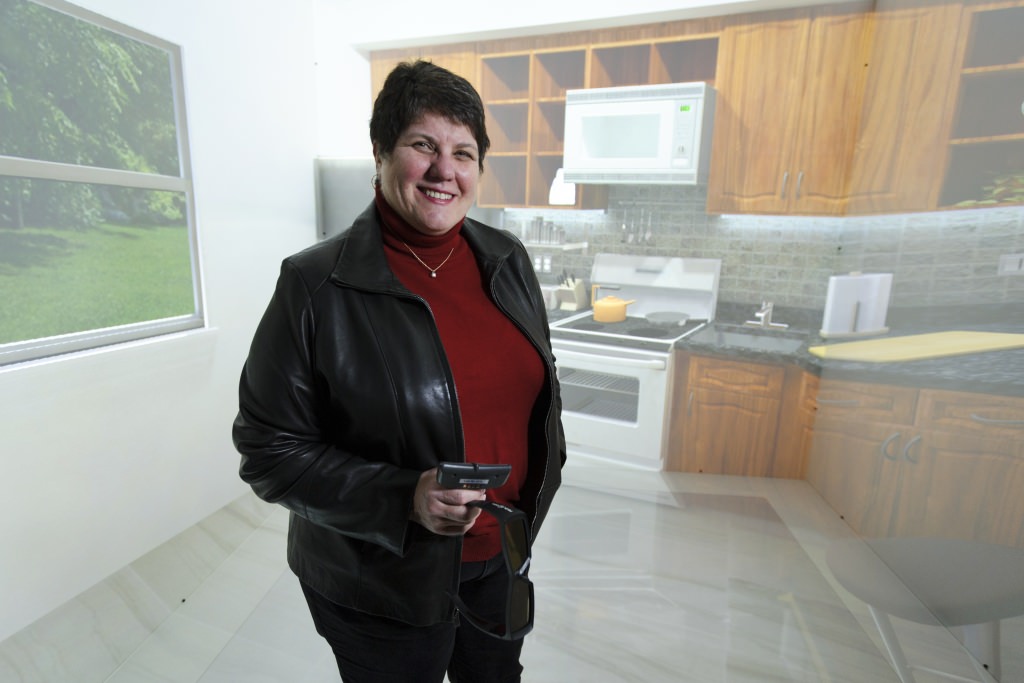 Patricia Flatley Brennan, a University of Wisconsin–Madison professor of nursing and industrial engineering, has been named the fourth director of the National Library of Medicine (NLM), the world’s largest biomedical library.

The announcement was made today by Francis Collins, the director of the National Institutes of Health (NIH) in Bethesda, Maryland, where the library is headquartered.

“Patti brings her incredible experience of having cared for patients as a practicing nurse, improved the lives of homebound patients by developing innovative information systems and services designed to increase their independence, and pursued cutting edge research in data visualization and virtual reality,” says Collins. “This combination of skills makes her ideally suited to lead the NLM in the era of precision medicine, as the library becomes the epicenter for biomedical data science, not just at NIH, but across the biomedical research enterprise.”

The National Library of Medicine traces its origins to 1836 as a small collection of books in the office of the Surgeon General of the Army. Over time, it has grown to become the largest repository of medical knowledge anywhere. The library boasts a vast print collection and in recent years has developed a variety of digital resources and databases used by millions worldwide. It also supports and conducts research and training in biomedical informatics and health information technology.

Brennan is an expert in the area of digital health information and communication. She has devised a number of programs to facilitate self care and improve health care outcomes among home-dwelling patients. Brennan also directed Project HealthDesign, an initiative of the Robert Wood Johnson Foundation to help inspire and develop the next generation of personal health records.

Brennan joined the UW–Madison faculty in 1996, coming to Wisconsin from Case Western Reserve University. She earned her doctorate in industrial engineering from UW–Madison in 1986.

Since 2009, she has been the theme leader for the Wisconsin Institute for Discovery’s (WID) Living Environments Laboratory. Prior to her academic career, Brennan spent seven years in clinical practice in both critical care and psychiatric nursing. She is a fellow of both the American Academy of Nursing and the American College of Medical Informatics. In 2002, she was elected to the National Academy of Medicine (formerly the Institute of Medicine) and in 2009 became an elected member of the New York Academy of Medicine.

Near the top of the agenda for the library is creating a new strategic plan, says Brennan.

“We’ll be preparing the library for its third century,” she explains, noting that we now live in an age awash in health data and information that needs to be organized, curated and shared. “People can’t read or analyze information fast enough. We need to prepare for a library where information is not necessarily cognitively mediated. Information will become embedded in the structure of our lives.”

“This is an opportunity to think publicly and serve my country by making sure high quality, actionable health information is available to everyone who needs it.”

With the advent of the genomic age and the potential of medicine personalized down to the level of the molecule, making knowledge and data clinically relevant will be a driving force for medical libraries like the National Library of Medicine. “The library can play the role of honest broker of health data,” says Brennan. “The mapping strategies that connect your data and integrating it to the point of need and the point of use will be essential. We’ll be creating the tools to grab and synthesize the data.”

But as medicine transitions to a field where information is more personal and data driven, libraries will also be leading in terms of how information is protected and used. “Part of my responsibility is going to be facilitating the ethical use of information,” according to Brennan. “The job of the director is not just instrumental. It is also making sure patterns of (information) use never become subject to public scrutiny.

“This is an opportunity to think publicly and serve my country by making sure high quality, actionable health information is available to everyone who needs it.”

Brennan also plans to continue her research at NIH, where she will have a lab housed within the National Institute of Nursing Research. At the WID Living Environments Lab, which includes a virtual reality CAVE, Brennan and her group used virtual household environments to study personal health information management.

While she won’t have a virtual reality lab at her disposal, Brennan plans to resume studies of human-centered design, coupling it with information in ways that aid human health. “Integrating personal health information and devices is where we are going,” she says. “We want to continue creating a world where people are drawn to health.”

Brennan is expected to join NIH in August 2016.