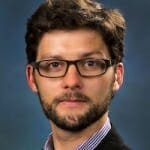 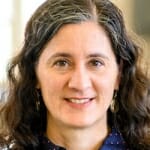 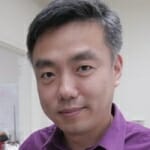 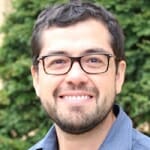 Four promising young University of Wisconsin–Madison researchers have been named winners of the Presidential Early Career Award for Scientists and Engineers.

Since 1996, the awards have honored outstanding scientists and engineers beginning their independent research careers who show exceptional promise for leadership in science and technology.

PECASE winners are nominated by federal departments and agencies that fund research.

Jonathan Engle, assistant professor of medical physics, nominated by the Department of Energy for his work measuring high-energy neutron excitation functions, providing data crucial to the design of accelerators that produce radionucleotides used to diagnose and treat many diseases.

Erika Marín-Spiotta, professor of geography, nominated by the National Science Foundation while conducting NSF-supported studies to better understand land-use and climate change effects on carbon cycling in soils, and research to address sexual harassment in the geosciences.

Xudong Wang, professor of materials science and engineering, nominated by the Department of Health and Human Services for research developing small generators that harvest energy from the movement of the human body to power biomedical devices to monitor vital signs and apply treatment.

Victor Zavala, associate professor of chemical and biological engineering, nominated by the Department of Energy for contributions to the computational strategies applied to advanced control of power systems, and for service to the educational community as an enthusiastic professor and mentor.

Jeffrey Lorch, a microbiologist at the U.S. Geological Survey’s National Wildlife Health Center who earned his doctorate at UW–Madison and is a member of the university’s Fungal Biology Supergroup, was also a winner. Lorch, who studies fungal diseases endangering bats, snakes and salamanders, was nominated by the Department of the Interior.

The winners — approximately 300 of them — will be honored at a ceremony in Washington D.C. on July 25.