For nearly 30 years, remarkable faculty at the University of Wisconsin–Madison have been singled out by their peers for their distinguished contributions to teaching, research and service.

Since 1987, these scholars — one from each of the four faculty divisions (Arts and Humanities, Biological Sciences, Physical Sciences, and Social Studies) — have been honored with the prestigious Hilldale Award.

This year, the four recipients will be recognized at a meeting of the Faculty Senate on April 4 and will receive a cash prize of $7,500. 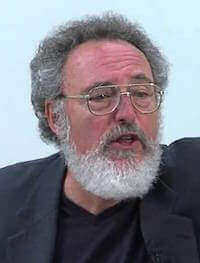 “Michael Apple represents the best of critical scholarship in education,” says Elizabeth Graue, Sorenson Professor and chair of the Department of Curriculum and Instruction, who authored Apple’s nomination letter. “Focused on equity and relevance, Apple has built a career that speaks to faculty and teachers, here and abroad. His reach extends beyond UW through his many books, former graduate students, and speaking engagements across the globe.”

Indeed, Apple — who has taught at UW–Madison since 1970 — has advised 110 graduate students, published more than 50 books and has served as a visiting professor, distinguished professor or world scholar at 14 universities across nine nations. His critical curriculum theory courses at the UW are often over-enrolled.

According to his nomination letter, Apple has also been called one of the 50 most influential education writers in the 20th century. Research centers in Argentina and China bear his name, he frequently draws students to UW–Madison from around the world, and through his scholarship, Apple has reshaped the field of curriculum studies. 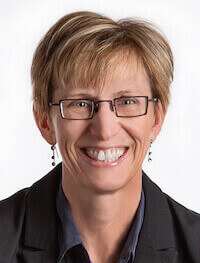 In 2014, the director of the National Institute of General Medical Sciences highlighted Laura Kiessling’s work before Congress as an example of the economic and scientific value of basic science. Kiessling’s research group, which studies the biological roles of the carbohydrates found on the outer coats of all cells, had leveraged the carbohydrates on human stem cells to support and grow them in the laboratory.

Kiessling’s lab has blazed a number of scientific trails over the last two decades, spanning the fields of chemistry, biochemistry, biology and medicine. According to her nomination letter, Kiessling’s carbohydrate work helped her achieve scientific stardom when she uncovered insights underlying the human inflammatory response, and more recently, identified a human gut protein that selectively recognizes microbes.

“Kiessling is one of the most distinguished faculty members on the UW–Madison campus,” writes Robert McMahon, Helfaer Professor of Chemistry and department chair, in that letter. Her “dedication to UW–Madison and her commitment to the highest standards in science and training are rare.”

A native of Lake Mills, Wisconsin and a co-founder of Quintessence Biosciences, Kiessling was named a MacArthur Foundation Fellow in 1999 and inducted into the National Academy of Sciences in 2007. She helped secure a $1.7 million grant to establish the Keck Center for Chemical Genomics and the UW Carbone Cancer Center Screening Facility, has been heavily involved in recruiting other top faculty to the UW, and directs the National Institutes of Health Chemistry-Biology Interface Training Program that supports 10-15 graduate students across campus each year. 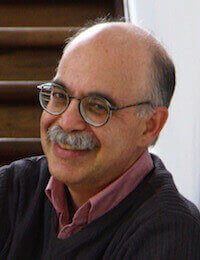 In his nomination of Steve Stern, Jim Sweet, Vilas Jartz Distinguished Achievement Professor and chair in the Department of History, describes the “internationally renowned” historian of Latin America’s body of work as unified in the study of “the different ways disadvantaged groups in Latin America have responded to structures of power and social domination, sometimes in highly creative and adaptive ways, thereby reshaping their communities and the wider society.”

It should be no surprise then that in 2009, Stern won the Faculty-Staff Ally of the Year Award for LGBTQ People from the UW–Madison Committee on LGBT Issues and has dedicated himself to campus inclusiveness. Along with other peer-reviewed awards, Stern was elected to the American Academy of Arts and Sciences in 2012 and has secured the most prestigious external research awards available to scholars of the humanities, including the National Endowment for the Humanities — twice.

“I can think of few people more deserving of this honor,” Sweet says. “Steve Stern is a pioneering scholar of Latin American history. Over the course of his remarkable career, he has written award-winning books spanning from the 16th century to the present day, and covering topics from Native American Peru to military dictatorship and human rights in Chile.”

Stern, in collaboration with colleagues in Latin American and Caribbean history, has earned UW–Madison a top three ranking among national graduate programs in Latin American history and he has held multiple leadership positions across campus. Through his service, he has helped address campus pay gaps, faculty diversity, dual-career retention, domestic partner health insurance and more. 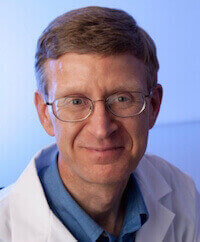 Perhaps it’s most telling that Paul Ahlquist was nominated by two separate departments on campus: oncology/McArdle Laboratory for Cancer Research in the School of Medicine and Public Health, and plant pathology in the College of Agricultural and Life Sciences, as well as the Institute for Molecular Virology.

“It is highly unusual for someone’s research to have such a large impact on pathogens of humans/animals and plants,” says Patricia McManus, professor and chair in the Department of Plant Pathology. “Most of us strive to make an impact in either human medicine or plant pathology, but Paul has done both.”

In his nomination letter, Ahlquist is referred to as a campus “crown jewel” and one of the UW’s “most-prized faculty members,” and it mentions his “superb and longstanding research record, his leadership skills, his tireless efforts in promoting science and training future scientists.” Over the past two decades, many students in their evaluations have called Ahlquist “the best” teacher they ever had at the UW.

In addition to his research into RNA viruses, HIV, papillomavirus and others, Ahlquist is a graduate student advisor in four programs, leads the UW Carbone Cancer Center Human Cancer Virology Program, serves on multiple faculty mentoring committees, teaches a popular undergraduate-graduate course in virology, and is a leader among the UW–Madison Virology Minority Summer Research Program.