Shimon Kolkowitz, a University of Wisconsin–Madison assistant professor of physics, has been selected as one of 22 members of the 2019 class of Packard Fellows for Science and Engineering.

The fellowship, awarded to early-career scientists from across the U.S., provides $875,000 of funding over five years. Kolkowitz will use the funds to develop his research program in ultra-precise atomic clocks, which he will use to investigate such fundamental aspects of physics as the relationship between quantum mechanics and gravity and the nature of dark matter. 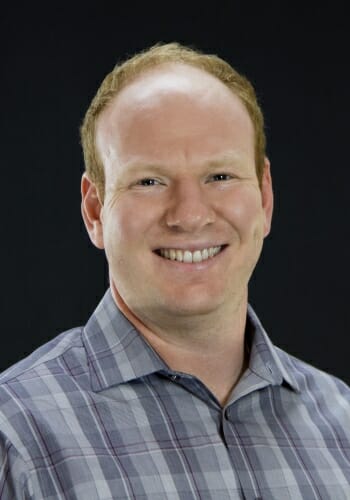 Shimon Kolkowitz is the third UW–Madison physics professor to be named a Packard Fellow in the 32 years of the award. Photo: Steven Burrows / JILA

“These clocks are the most precise instruments that humankind has ever built,” Kolkowitz says. “I’m interested in asking, ‘How does that precision give us access to new physics?’”

One of the first research areas Kolkowitz plans to explore is a new test of Einstein’s general theory of relativity. When first developing the theory, Einstein suggested that people in a closed elevator could not tell the difference between the elevator on Earth under the influence of gravity and the elevator accelerating through space in zero gravity.

“That’s called the Einstein equivalence principle, and it is at the heart of general relativity. The predictions of general relativity have been tested in a number of different ways and have always been confirmed,” Kolkowitz explains. “But the basic question of, ‘Can I tell the difference between acceleration and gravity?’ has not been directly tested. And I think it will be a lot of fun and really cool to directly realize that thought experiment in my lab.”

Atomic clocks keep time by measuring the differences between energy levels of the electrons in atoms. The clock’s timekeeping precision is affected by many factors, such as the surrounding environment, the temperature of the atoms, and the type of atom used. The atomic clocks constructed in Kolkowitz’s lab are made of strontium atoms that have both been gathered into a small sphere and cooled to just above absolute zero — the coldest temperature that can exist — by lasers. 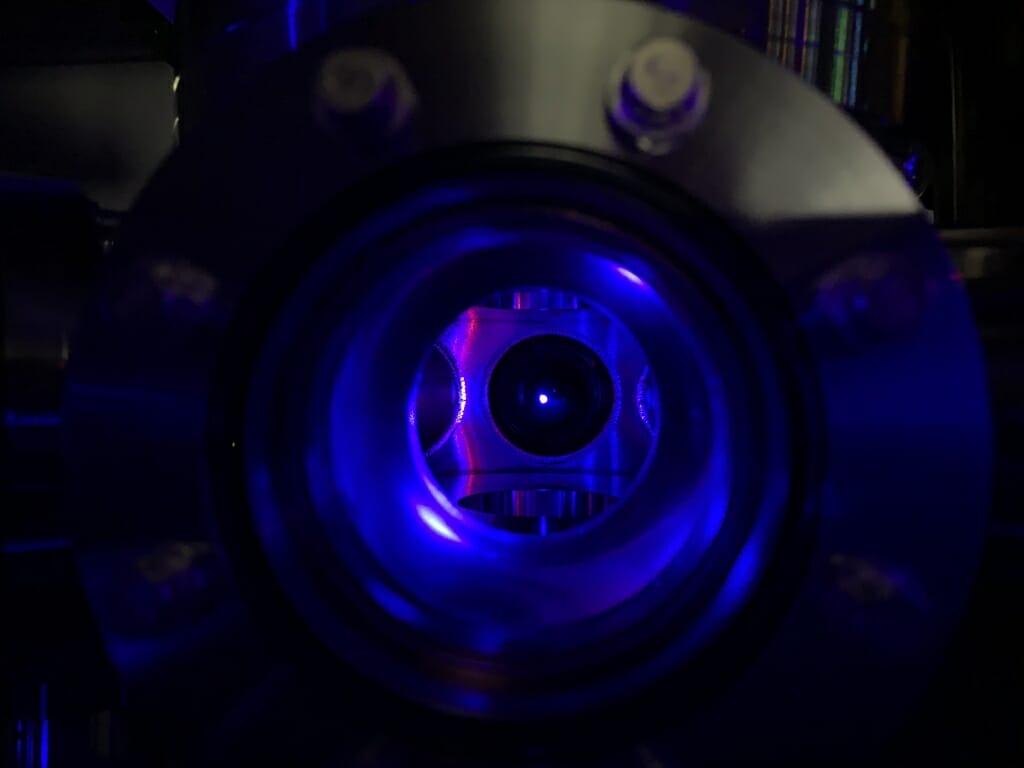 Kolkowitz’s ultra-precise atomic clock, an ultra-high vacuum containing strontium atoms that are trapped and cooled to 1/1000th of a degree above absolute zero by lasers, will test Einstein’s general theory of relativity. Photo: Shimon Kolkowitz

The general theory of relativity says that gravity affects the passage of time, so two atomic clocks at different heights, which experience slight differences in the strength of gravity, will tick at different rates. Currently, that time difference has been observed between two atomic clocks that are about a foot apart in height. A unique feature of Kolkowitz’s clock design is that it allows two clocks to exist in the same environment. As a result, in the first set of experiments he plans to conduct, he expects they will be able to measure differences in time due to gravity at centimeter or millimeter height differences.

Next, he wants to measure differences in time between two accelerating clocks that are separated by the same distance — this time horizontally instead of vertically to take the effects of gravity out of the equation.

“According to the equivalence principle, we should see the same disagreement between the two clocks from the acceleration as from gravity,” Kolkowitz says. “And that’s an effect that has never been observed before.”

“The Packard Fellowship gives me the freedom to explore research avenues that might not have obvious or immediate applications, but that can inspire the imagination, and that will hopefully lead in unexpected directions.”

Kolkowitz admits he is not entirely sure what the implications of these experiments may be. One possibility he is exploring with theoretical physics colleagues is whether related experiments with these quantum-physics-based clocks can complement or improve upon high energy particle physics experiments in the search for new physics, such as the nature of dark matter or dark energy.

“These experiments are kind of ‘out there,’” Kolkowitz says. “The Packard Fellowship gives me the freedom to explore research avenues that might not have obvious or immediate applications, but that can inspire the imagination, and that will hopefully lead in unexpected directions.”

“Professor Kolkowitz’s innovative research on precision metrology with quantum systems is original and highly relevant for quantum information science,” says Sridhara Dasu, professor and chair of the physics department at UW–Madison. “We look forward to his continued success in establishing a flourishing research program in the department.”

Kolkowitz is the third UW–Madison physics professor to be named a Packard Fellow in the 32 years of the award, after Thad Walker (1992) and Cary Forest (1998). Previously named Packard Fellows include Kolkowitz’s former advisor as well as two Nobel laureates.

“I feel that I’m following in the footsteps of some very impressive people, and that’s a real honor for me,” Kolkowitz says.