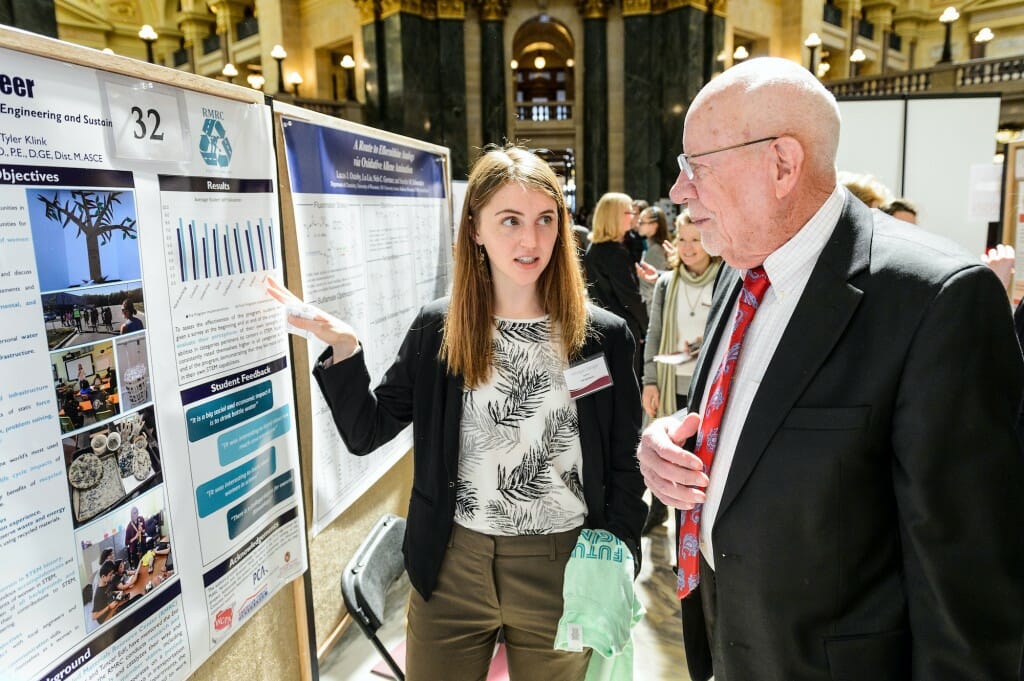 Fred Risser listens to UW–Madison student Morgan Sanger talk about her project on display during Research in the Rotunda at the Wisconsin State Capitol in 2018. Photo: Jeff Miller

After serving in the Wisconsin State Legislature for 64 years, Sen. Fred Risser retired in December 2020. Now, UW–Madison is honoring his longstanding commitment to public service by naming the Morgridge Center for Public Service Excellence in Civic Engagement Undergraduate Award after the former senator.

The Fred Risser Excellence in Civic Engagement Undergraduate Award recognizes an undergraduate student who has made civic engagement integral to their college experience. Award winners will receive a $400 stipend and will be honored each spring semester.

“It’s safe to say that without Senator Risser’s leadership on the State Building Commission dating back as far as 1960, the UW–Madison campus would not be what it is today. We are grateful for his commitment to UW–Madison, to higher education, and most importantly to people across the state,” says Chancellor Rebecca Blank. 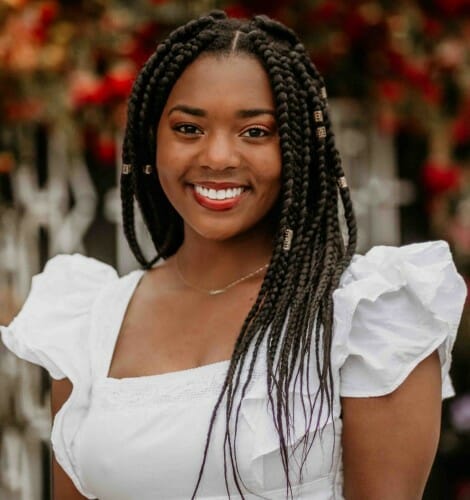 UW–Madison junior Tamia Fowlkes of Milwaukee was named the inaugural winner of the award at this year’s “Be the Change Bash” virtual award ceremony on April 29.  Fowlkes is majoring in journalism and political science and serves as the Big Ten Voting Challenge Intern for the Morgridge Center. She is also an Andrew Goodman Vote Everywhere Ambassador for the Andrew Goodman Foundation and a Student Council Representative for the Associated Students of Madison.

Risser, the longest-serving legislator in U.S. history, was born in Madison and attended UW–Madison after serving in the United States Navy in World War II.

More information on the Fred Risser Excellence in Civic Engagement Undergraduate Award can be found on the Morgridge Center website.