Bruce Maas, CIO and vice provost for information technology at UW–Madison, has announced his plans to retire from the position in spring 2017.

“Bruce has been a collaborative leader both at UW–Madison, throughout the UW System and nationally,” says Provost Sarah Mangelsdorf. “He played a critical role in the founding of the UW’s Advanced Computing Initiative in support of research computing, leading the academic infrastructure support for Educational Innovation, and key cybersecurity, diversity and data initiatives.” 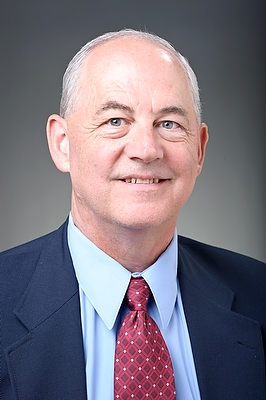 Maas joined the university in August 2011 after serving the University of Wisconsin System in many roles over a professional career of more than 39 years, including university budget manager, assistant dean for business affairs, and PeopleSoft Student System executive project manager. Prior to his current position, he served for seven years as chief information officer at the University of Wisconsin-Milwaukee.

“It has been a privilege to serve the mission of the University of Wisconsin–Madison over the last five years,” says Maas. “I am deeply appreciative of the many faculty and staff at UW–Madison who partnered with me to lead the recent advances in infrastructure services in support of teaching, learning and research.”

Maas identified leadership development of the IT community as one of his proudest accomplishments. “A very large number of women and men on campus stepped forward to invest in their own leadership development over the last five years. We provided them with opportunities to grow their capabilities as leaders through the IT Leadership Program alongside their peers in the Big Ten and UW System. As a result, UW–Madison is extremely well positioned to adapt positively to the changes that will occur with a change in CIO leadership.”

Maas blogs about his tenure and what lies ahead

“I received my first appointment as a student employee in the Agronomy Department 42 years ago, and I am so pleased to have had the opportunity to complete my service at the institution where my journey first began, and where three generations of my family are alums.”

Maas also helped found and serves on the board of directors of the the Unizin Consortium, a unique partnership of universities that provide their own academic infrastructure in support of Educational Innovation ideals. He is also just completing a four-year term on the EDUCAUSE board in October, presently serving as chair. He is on the board of directors for the open standards group IMS Global Learning Consortium, and is the co-principal investigator for two UW–Madison NSF research computing infrastructure grants.

“I am so pleased to have had the opportunity to complete my service at the institution where my journey first began.”

Before a search for a new CIO begins, the university will launch a study of IT governance and structure in an effort to guide decision making on IT priorities and create additional effectiveness.

The effort will be led by former interim vice chancellor for finance and administration Mike Lehman, who will become a special advisor to the chancellor.

Before his time at the UW, Lehman served as CFO and CIO of Sun Microsystems and has experience with large organizations with complex infrastructure. More information about the initiative will be forthcoming during the fall semester.