Fangdi Pan remembers being immediately intrigued a few years ago when she heard about a major new international scholarship program that would give students a deeper understanding of China’s role in global trends.

As a Chinese citizen, she also felt a sense of pride.

“Here was a scholarship program that was internationally oriented, yet based in China and very much China-focused,” Pan says. “That’s very unusual.”

Pan, a University of Wisconsin–­Madison alumna, now has another reason to be proud: she just won one of those scholarships. 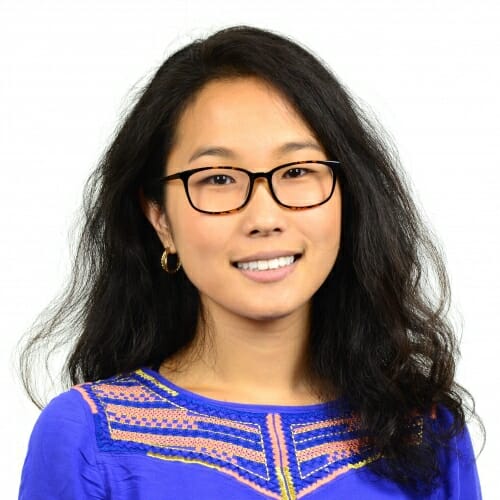 Pan is one of 142 students in the just-announced third class of Schwarzman Scholars. Winners receive full tuition for a one-year master’s degree program at Tsinghua University in Beijing. Pan will begin classes this August, studying international policy focusing on energy development and security.

“I’m thrilled about the opportunity to meet and engage with a dynamic cohort of internationally curious Schwarzman Scholars,” she says.

The Schwarzman Scholars program, created in 2013, was endowed by American financier Stephen A. Schwarzman, CEO and co-founder of Blackstone, one of the world’s largest alternative asset managers. He has said he was inspired by the prestigious Rhodes Scholarship program.

When the Rhodes program was founded in 1902 to promote international understanding, Europe was the center of gravity for the world’s economy. Now, “China’s international relationships will play at least as important a role in this century,” Schwarzman said in announcing the new scholarship. The inaugural class of scholars was named in 2016.

Pan is the third Badger to be named a Schwarzman Scholar, following Brian Drout and Chien Sheng.

The creation of a scholarship program as prestigious and far-reaching as the Schwarzman is rare, says Julie Stubbs, director of undergraduate academic awards at UW–Madison.

“This opportunity is open to students of all nationalities and undergraduate majors,” Stubbs says. “The program brings together an international cohort of future leaders to study public policy, economics, business, international studies and China’s role in a rapidly changing world. We’re proud to have three Badgers among the initial program cohorts.”

The Class of 2019 that includes Pan was selected from more than 4,000 applicants. The winners come from 39 countries. Candidates can apply through age 28.

Pan, 27, was born in Harbin, China, and moved with her family to the Chinese city of Shenzhen as a teenager. Her mom is a cardiology doctor, her father an automation engineer.

She was drawn to UW–Madison because of its world-class chemistry department, she says. Initially interested in biology and chemistry, she switched to the social sciences after her freshman year.

She credits political science professor emeritus Edward Friedman with sparking her interest in energy security policy. She graduated from UW–Madison in 2013 with a bachelor’s degree in economics and international studies.

While at UW–Madison, Pan and two friends, Cecilia Miao and Muge Niu, earned a measure of fame by creating a YouTube talk show. Pan said she had experienced a bit of culture shock upon arriving in the U.S. She and her friends were struck by the information gap between Chinese students and U.S. students — a gap they felt inhibited strong cross-cultural friendships.

They created the show, called Channel C, to facilitate conversations between international and domestic students. They continue to post videos to the channel, which has more than 32,000 YouTube subscribers. Their most-watched video — “Why Don’t Chinese Students Speak English?” — has been viewed nearly 630,000 times.

She currently works on energy-related projects for a consulting company based in Beijing, primarily helping foreign companies understand the Chinese market and the resources available to them.

She was drawn to apply for the Schwarzman Scholarship out of a deep interest in how to better manage and facilitate international energy cooperation efforts, she says.

“There are several research questions I want to explore,” she says. “What are the security challenges for China’s overseas energy development? What opportunities exist for China and the United States on advanced energy collaboration? How can the two countries benefit each other in energy cooperation?”

Pan says she will always consider Madison her second hometown. She calls her time at UW–Madison “my favorite four years” and says her fondest memory is learning how to sail on Lake Mendota with the Wisconsin Hoofers student organization.

Whenever the Badgers play football, she joins a group of about 20 alums in Beijing to cheer for Bucky.

“I absolutely keep my Badger shirt with me at all times,” she says.