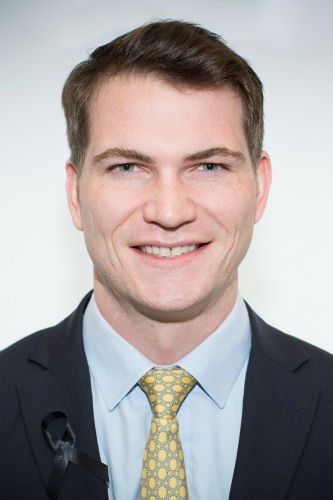 The scholarship, inspired by the Rhodes Scholarship, seeks to “prepare the next generation of global leaders for the challenges of the 21st century and beyond.” Sheng and Drout were among 129 students selected from 2,747 applicants in 119 countries.

Drout, who is from Wales, Wisconsin, studied political science, graduating in 2014 and also earning a certificate in environmental science. He was a member of the Phi Beta Kappa and Phi Kappa Phi honor societies and served as a peer advisor in the UW–Madison Cross-College Advising Service.

Drout currently works as a senior foreign consultant at New Oriental Overseas Consulting in Nanjing, China. He focuses on student academic and admissions consulting in a cross-cultural context.

He previously studied abroad in Peru and is fluent in Spanish and Mandarin. After completing his scholarship year, he plans to return to Latin America to study Chinese-backed infrastructure projects. His long-term goal is to influence policies and discussion about sustainable development.

Sheng, who is from Taiwan, graduated in 2013 with a bachelor’s degree in electrical engineering and economics. He later received an international master’s in business administration and has worked in several fields including engineering, fund management and marketing. In 2014, he started his own 3D printing business. His passion and enthusiasm for business operations has motivated him to learn and understand the global market and he hopes to continue to expand his knowledge.

The Schwarzman program seeks to provide a training ground for future global leaders, with a focus on China’s central role in the international framework.

The application process is designed to evaluate leadership and intellect as well as the ability to identify trends and create innovative solutions to vexing problems.

“I am overjoyed with the caliber of students who will make up the second class of Schwarzman Scholars,” says Stephen A. Schwarzman, co-founder of the program and chairman and CEO of Blackstone, a New York-based investment group. “It has been truly inspiring for me to meet these people, who at such a young age have already started to make an impact on the world.”