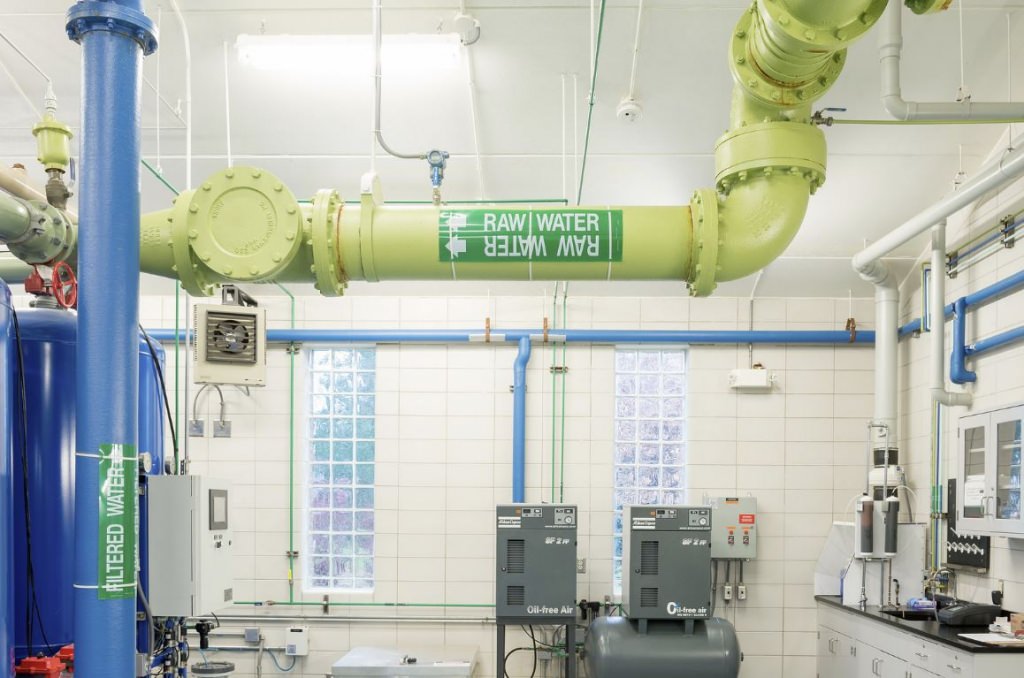 Over the last several years, the city of Waukesha, Wis., has become the poster child for requests to divert water from Lake Michigan under the Great Lakes Compact, in part because it’s also the poster child for something else: Communities built on sandstone-based groundwater aquifers with higher-than-normal concentrations of radium, a radioactive contaminant that can increase the incidence of bone cancer.

But Waukesha’s hardly the only Wisconsin community struggling with radium issues. There are entire portions of Eastern Wisconsin, stretching up as far as Green Bay, in a similar situation.

Even in Madison, where water quality is considered generally high, water utility officials recently investigated a municipal well because standard testing revealed that it exceeded — barely — the limit of 5 picorcuries of radium per liter the federal government established in 2000.

In August, Gotkowitz and Matt Ginder-Vogel, an assistant professor of civil and environmental engineering with the University of Wisconsin–Madison, began a two-year grant from the University of Wisconsin Water Resources Institute (WRI) to examine water samples taken from 22 monitoring wells in and around Dane County to try to determine the geological strata that contribute to elevated radium levels in groundwater.

Cores from the Eau Claire Formation, one of the shale layers that is a potential geologic source of radium. Madeline Gotkowitz

“Like iron and calcium and manganese, the radium that’s present is all natural,” said Ginder-Vogel. “Figuring out where it’s coming from is the big issue.”

Gotkowitz and Ginder-Vogel enter the project with a couple of working hypotheses. The radium could be a matter of simple geography: Uranium and thorium are the elemental parents of radium, and both are prevalent in the carbonate-cemented sandstone aquifers that underpin much of eastern and south-central Wisconsin. Interbedded shale deposits scattered throughout the aquifer could also be a key factor in the equation.

But natural geology may be only one of the possible sources. Gotkowitz and Ginder-Vogel will also be looking at deep brines near the base of the sandstone aquifer. These possible radium sources are tougher to detect because they’re so far below the surface.

“Is it coming from the carbonate-cemented sandstone, in which case it’s everywhere, and we’re out of luck?” asked Ginder-Vogel. “Or is it these interbedded shale layers, and maybe, if we get smarter about where we case the wells and where we pump the well water from, maybe we can avoid some of the problems.”

For instance, if shale’s the eventual culprit, Ginder-Vogel suggested that communities could case their wells to prevent radium seepage. If the source is a combination of deep brine and geologic features, reducing well depth could offer a practical solution.

“If utilities only need to abandon the bottom 100 feet of a municipal well, the well may still provide enough volume of water to meet their needs,” said Gotkowitz.

Even though radium’s been present in Wisconsin groundwater for decades, research on the topic has been scarce. Determining the radium concentration in water samples is typically an expensive and time-consuming proposition, requiring large volumes of water, making lab studies of natural materials difficult, said Ginder-Vogel.

To deal with their radium problems, many communities, including the aforementioned Waukesha, have relied on blending strategies — i.e., taking water from a contaminated well and blending it with water from a non-contaminated reservoir, dissipating the radium to safer levels. That’s not a viable strategy for cities like Madison, where transporting water from one side of town to the other is inefficient

“Municipal wells are so big that it’s hard to pull something like that off,” Ginder-Vogel said.

In the second year of the WRI-funded study, Gotkowitz and Ginder-Vogel will compare the groundwater quality data they’ve collected to the chemistry of geologic samples held at Wisconsin’s rock core library in Mount Horeb to further characterize the areas of the state where radium levels are most likely to be problematic.

“It all comes down to, what’s the most cost-effective way to provide safe water to the community?” stated Ginder-Vogel. “We’ve gotten pretty good at removing radium from water. But if, instead, you can construct your well a little differently up front, the price differential in a well might be a few percentage points higher, but that’s better than having to spend millions of dollars in treatment costs on the back end.”