University of Wisconsin Midshipmen experience life in the fleet 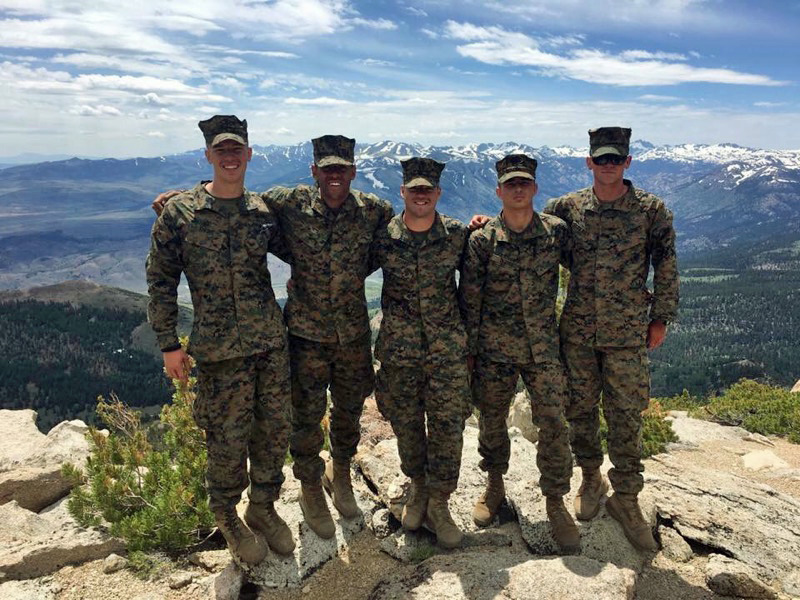 Wisconsin midshipmen take a break from their mountain warfare training to pose for a picture on top of the California Sierras. From left to right: Colin Knight from New Berlin; Derek Campbell from Green Bay; Scott Brooks from Gross Pointe Farms, Michigan; and John Tilstra from Brandon. Photo courtesy NROTC

Navy and Marine Corps midshipmen from the University of Wisconsin Naval Reserve Officers Training Corps (NROTC) participated in summer training assignments across the globe during their summer break.

Rising sophomores participated in Career Orientation and Training of Midshipmen (CORTRAMID) in San Diego, California, or Norfolk, Virginia.  The four-week long program exposes midshipmen to week-long sessions focused on various career options, such as surface ships, submarines, aviation, and the Marine Corps.  The training is designed to help the midshipmen shape their career goals and determine their service assignment preferences.

“CORTRAMID was a mind-opening experience,” said Midshipman Anabel Roza, a Navy option student from Seattle.  “What it taught me is that I’m really open to any branch of the Navy, and that I’m lucky to be a part of this service.” 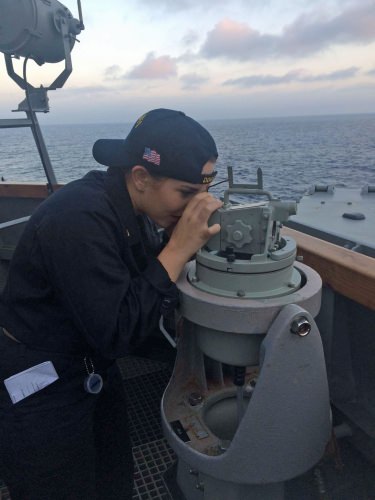 Midshipman Brenna Johnson from Baldwin City, Kansas, learns how to shoot a bearing from USS Milius (DDG-69) to a small fishing vessel off the coast of San Diego. Photo courtesy NROTC

Midshipman Jacob Rielly, a Marine option student who hails from Spring Valley, Wisconsin, said his favorite part was “being able to pick the brains of the enlisted sailors and marines and learn from their vastly different experiences.”

Rising juniors participated in multi-week cruises onboard U.S. Navy ships throughout the Fleet.  The intent of this cruise is to expose the midshipmen to the daily life of an enlisted sailor.  Each midshipman shadowed an enlisted “running mate,” who showed them how to carry out daily duties, stand watch, and perform maintenance.

“I learned a great deal on cruise, especially the importance of never ordering your men to do something you would not do,” said Midshiopman Izack Ohman, from Glenbeulah, who embarked onboard Arleigh Burke-class guided missile destroyer USS Barry (DDG-52).  “Over the course of the month-long cruise, the other nine midshipmen and I became very close, and some are now among my closest friends.”

Rising juniors who are pursuing Marine Corps commissions participated in Mountain Warfare Training in California.  The ten-day course provides hands-on training in mountain and cold weather warfare. “The best part in my opinion was the land navigation course, which allowed us to use practical techniques, such as using attack points, rather than just the basic methods that we’ll use at Officer Candidates School,” said Midshipman Derek Campbell of Green Bay.

Rising seniors participated in summer training tailored to their intended service assignment.  Prospective surface and submarine officers embark on cruises similar to the Second Class Cruise, this time shadowing an officer.  Students pursuing assignments in Naval Aviation are sent to aviation squadrons throughout the nation, while those pursuing assignments in Navy SEALs or EOD compete for slots at a highly competitive Navy Special Warfare cruise.

“My cruise was an interesting look at the lives of an F/A-18 squadron while not on a carrier,” stated Midshipman Aaron Ahlgrimm, from Falls Church, Virginia, who was assigned to Strike Fighter Squadron 131 (VFA-131) at Naval Air Station Oceana, Virginia. 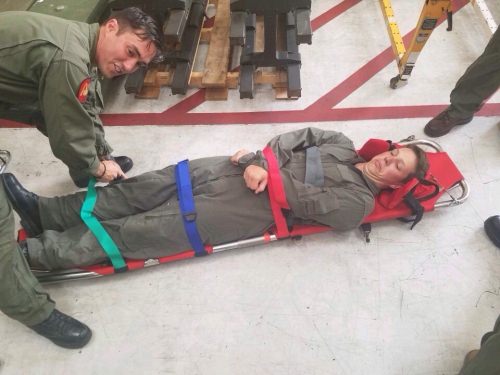 Midshipman Alexander Canney from Cedarburg is strapped into a stretcher during a demonstration with a helicopter squadron at CORTRAMID. Photo courtesy NROTC

“During their period of sustainment, the pilots were constantly working on getting in flights every day to progress up their flight training syllabus to be able to tackle more complex flights,” Ahlgrimm said.

Midshipman Christopher Poellinger, from Coon Valley, was among the select group of midshipmen throughout the nation chosen to be evaluated at the Navy Special Warfare cruise in San Diego.

“It was humbling to be selected for this cruise,” he said. “It was a great experience that I wouldn’t trade for anything. I came away with lessons that I will apply throughout the rest of my life.”

Midshipman Brenna Johnson, from Baldwin City, Kansas, embarked onboard Arleigh Burke-class guided missile destroyer USS Milius (DDG-69), based in San Diego.  “I found the experience incredibly beneficial and felt much more confident in my choice to go SWO [Surface Warfare Officer] after the few weeks aboard the Milius,” Johnson said. “The captain and crew were welcoming, and the ensigns I shadowed did their best to explain and discuss both their specific jobs, as well as what they’ve struggled with and learned in their first couple years as commissioned officers.”

“Officer Candidates School was very physically and mentally challenging, every single day,” said Midshipman Kennedy Vander Waal, from Mosinee.  “The biggest lesson I took away from OCS was learning how to lead your peers and how challenging that can be in such a stress induced environment. Another huge takeaway for me was the amount that we had to rely on each other in order to succeed.”

The NROTC midshipmen at the University of Wisconsin are among more than 4,000 students enrolled in the NROTC program at colleges and universities throughout the country.  Upon graduation and completion of the NROTC program, the midshipmen will be commissioned as active duty officers in the Navy and Marine Corps. 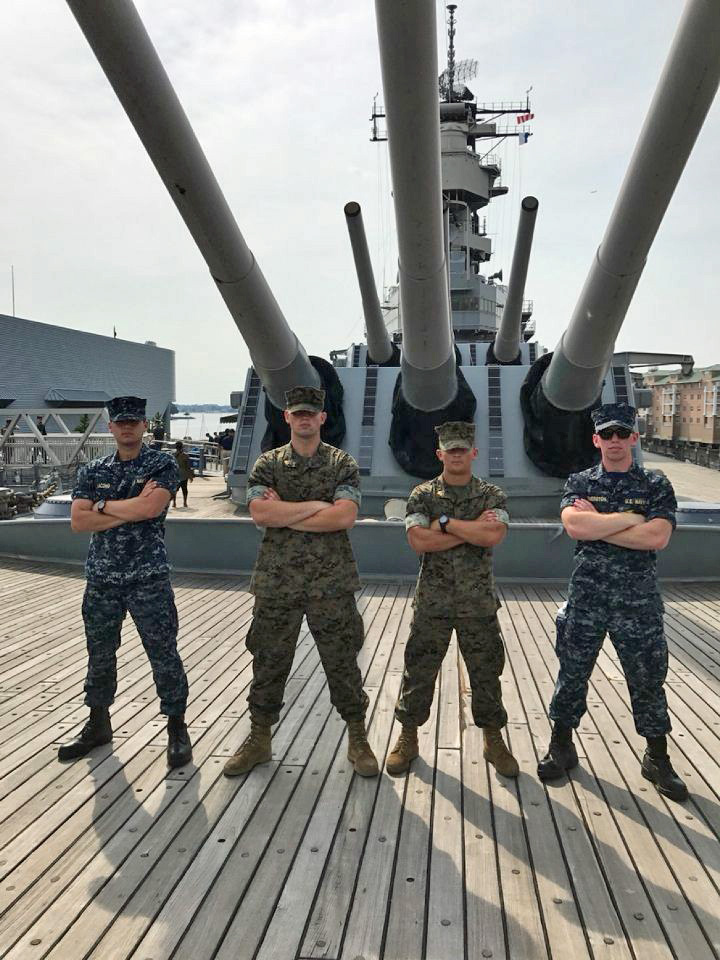