Understanding the human-animal interplay of COVID-19 and other diseases 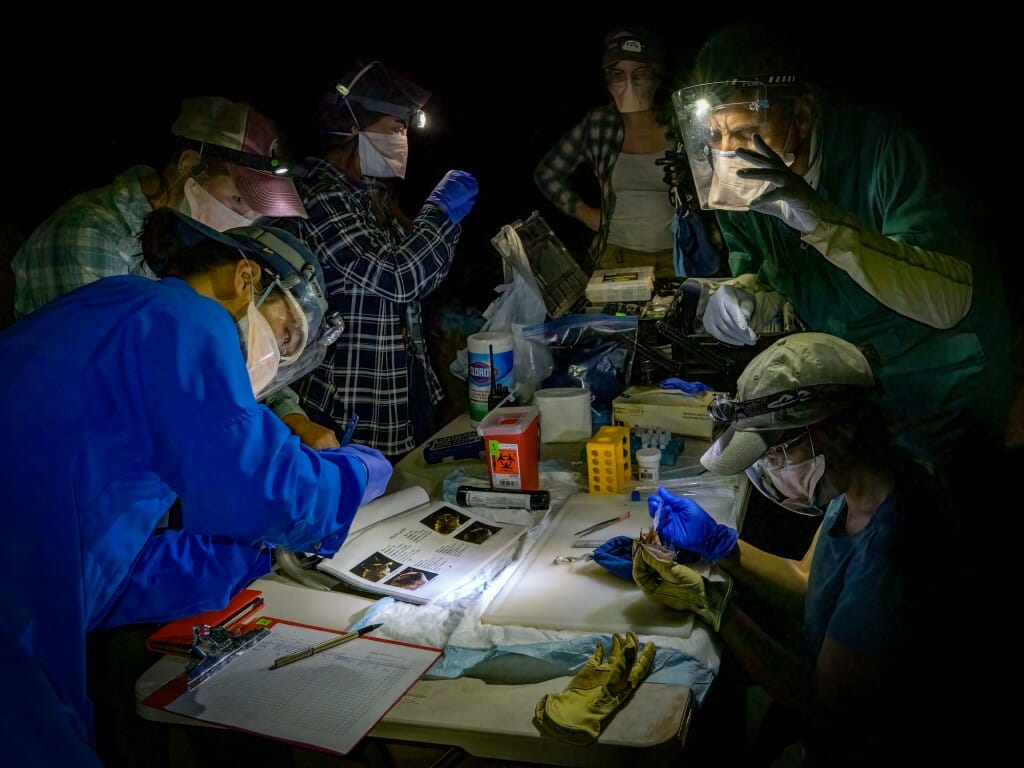 Tony Goldberg knows that most human diseases, like COVID-19, don’t start — or end — with our species. These diseases are really a part of our whole ecosystem, and that includes the animals we interact with.

Goldberg and his lab at the University of Wisconsin–Madison School of Veterinary Medicine are disease detectives studying viruses in all their movements and mutations — including in nonhuman animals. They’re checking North American bats for SARS-CoV-2 because if bats were to acquire the virus, they might serve to re-infect human populations, lengthening the pandemic.

But they’re also studying how humans endanger wildlife by passing our viruses on to the animals we come into contact with.

Only by looking at the whole picture can scientists like Goldberg uncover the full story of viruses on Earth.

“We knew that SARS-CoV-2 came from animals,” Goldberg says. “And the best bet is that it came from bats (in China).” So, Goldberg and his colleagues started looking in the American Southwest for bats that could serve as a reservoir of the virus, passing it around and possibly infecting humans again in the future.

These bats migrate from South America to New Mexico and other southwestern U.S. locations. The team chose this area for its study because of the diversity of bats in many of these places, including bats that live alongside people in houses, under bridges and in other parts of the built environment.

Goldberg and collaborators Kathy Hanley and Teri Orr, both faculty members at New Mexico State University, received a grant to study whether bats carry SARS-CoV-2 or similar viruses. The process takes three steps. They first humanely trap the bats, collect some swab samples from them and then release them back into the wild right away. Back in the lab, they test the samples for any traces of the virus.

Though the team is still conducting research, it hasn’t yet detected COVID-19 in bats in the southwestern U.S., Goldberg says. Other organizations, like the National Wildlife Health Center and U.S. Department of Agriculture, are also investigating. 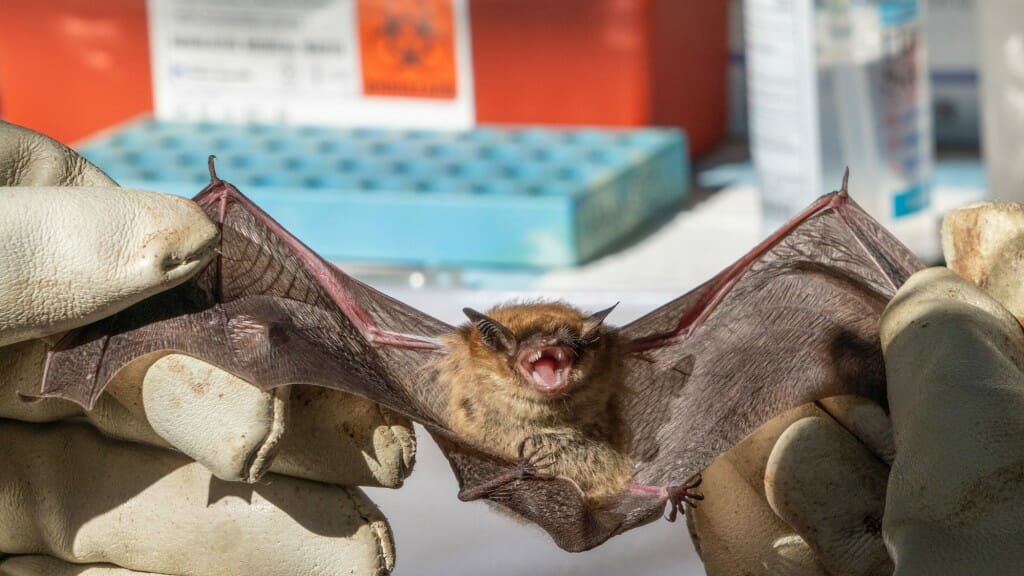 A Myotis bat about to be released back into the wild in Radium Springs, New Mexico. Anne Readel

If the bats haven’t caught SARS-CoV-2 yet, that’s a good sign, Goldberg says, because wildlife reservoirs can make controlling viruses harder. But even if the team doesn’t spot the COVID-19 virus, its research may pay off by finding what else might be infecting these bats.

“There are papers published every day on crazy-sounding new viruses and all sorts of animals from across the world,” he adds. “And very, very, very few of them go on to be a problem for human health.”

One surprising reservoir of SARS-CoV-2 is wild deer in the U.S., and Goldberg’s colleagues around the country have been racing to understand if infected deer can pass the virus back to people who come into contact with them.

Findings published in the journal Nature by researchers from Ohio State University found that deer have acquired the virus multiple times from people and are spreading it among themselves. Although transmission back from deer to humans has not been demonstrated conclusively, early results suggest that it might be happening. Such studies demonstrate a serious need for monitoring deer, the environment and other hosts globally.

“Considering how quickly it’s been spreading among deer, the fact that they don’t seem to be symptomatic — and the fact that the researchers found it in the lymph nodes of deer, which is usually indicative of a virus that has staying power — it’s probably not going away anytime soon,” Goldberg told Discover magazine in November.

But the threat of species-jumping viruses goes both ways. As people encroach on wildlife habitat, we bring our diseases with us.

Goldberg witnessed this harsh truth at his long-term field site in Uganda. Since 2005, he and many national and international partners have studied how human-caused changes to ecosystems in and around Kibale National Park threaten chimpanzees and gorillas with human respiratory illnesses.

For example, past research by Goldberg’s Kibale EcoHealth Project discovered the first instance of rhinovirus C in nonhumans. Although the virus causes only common colds in people, it killed 10 percent of the chimpanzees at a study site in Uganda in 2013.

Goldberg’s team also documented metapneumovirus and human respirovirus 3, both human-borne respiratory illnesses, in wild chimpanzees in the same forest in 2017. In humans, the viruses cause common croup in preschool children and the mortality rates are extremely low. For chimpanzees, the health consequences are much more dire.

In Uganda, Goldberg and his partners are also working together to guide and implement changes to reduce human-to-chimpanzee disease transmission.

“People are going into the forest and transmitting these viruses to apes,” Goldberg says. “It can kill the apes even if it doesn’t cause many problems for us. … The idea that viruses can move in either direction — from people to animals or animals to people — is important to understand.”