As Cathy Trueba, director of the University of Wisconsin–Madison’s McBurney Disability Resource Center since 2006, moves into a newly created role as the university’s director of compliance, the center will remain in trusted hands.

Trey Duffy, Trueba’s immediate predecessor, led McBurney until taking a position as director of the Disability Resource Center and University Testing Services at California Polytechnic State University San Luis Obispo. He has maintained relationships with former colleagues, and is excited to return to Madison on an interim basis. 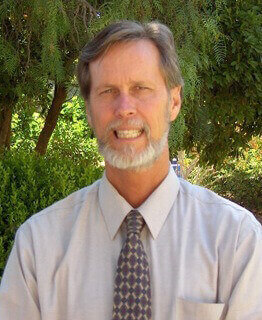 “The University of Wisconsin has a long tradition of creating a welcoming and supportive environment for students with disabilities,” says Duffy. “My goal is to keep the ship afloat, pointing in the right direction, until the next director is brought on board.”

University Communications spoke with Duffy, who plans to begin his new position on May 2.

Q: What have you been up to since leaving Madison?

A: From 2006 to 2015, I worked at Cal Poly San Luis Obispo, and I retired in February of 2015 — or at least I tried to! Since then, I’ve traveled to Australia, Bali, Singapore and Thailand, among other places; before I arrive in Madison, I’ll be going to India, too.

Q: How have things changed since you were at the helm of McBurney?

Q: What are you looking forward to the most about being back on campus and working with the McBurney students and staff?

A: Those were 17 of the best years of my life. I’ve missed being there. So just reliving my past is going to be enjoyable. There are still people working there that I’m looking forward to seeing. Having the chance to once again be part of something that was a big part of my life is a great opportunity.

My son recently returned to Madison from several years in New York and is now working in Monona. We haven’t lived in the same city for a number of years, so I’m looking forward to sailing Lake Mendota with him once again.