Three University of Wisconsin­­–Madison students reached the final stage of competition this year for Rhodes Scholarships, the oldest and most celebrated college awards for international study.

The 32 Americans chosen as Rhodes Scholars were announced Saturday. An additional 204 students were finalists for the coveted awards, including UW–Madison students Kevin Crosby, Claire Evensen and Lauren Jorgensen.

“To be a finalist is truly remarkable, and we congratulate Claire, Lauren and Kevin on this impressive accomplishment and on all they’ve achieved,” says UW–Madison Provost John Karl Scholz. “These three students have been leaders on our campus, in the community, and beyond. I want to thank them for reflecting so well on this institution and on the many opportunities we offer to learn in and outside the classroom — what we call the Wisconsin Experience.”

Hundreds of elite applicants from dozens of colleges and universities vie for the Rhodes Scholarships each year. Candidates are judged on a proven record of intellectual and academic achievement, integrity of character, interest in and respect for others, leadership ability, and the energy to fully utilize their talents.

UW–Madison’s finalists excel in science, research and service to the campus and community. 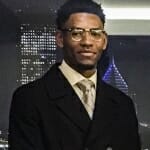 Crosby, a senior from Brandywine, Maryland, is majoring in nutritional sciences, with a certificate in environmental studies. He has interned three summers at the National Institute of Allergy and Infectious Diseases (part of the National Institutes of Health) and two years at the William S. Middleton Memorial Veterans Hospital in Madison. He received a competitive National Science Foundation scholarship to participate in the Community Environmental Scholars Program through the Nelson Institute for Environmental Studies at UW–Madison.

Outside the classroom, Crosby has volunteered as a cultural coalition chair for a consortium of three residence halls, working with a team to create a more culturally inclusive campus. Through the Badgers Volunteers Program, he has assisted with the operation of The River food pantry in Madison and an afterschool program at a local elementary school.

Crosby attends UW–Madison on a full-tuition scholarship through the Posse Foundation, which identifies students with extraordinary leadership potential and partners with top universities to diversify their applicant pools. He will graduate in the spring. 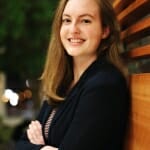 She is both a Goldwater Scholar and an Astronaut Scholar — national awards that support the next generation of scientists, explorers and innovators. For three years, Evensen has researched the biophysics of transcription initiation with John D. Ferry Professor of Biochemistry Thomas Record. She has earned several prestigious campus research grants to support her work, including a Hilldale Undergraduate Research Fellowship, the university’s top research grant. She has presented her research at national conferences and earned second authorship on a paper published in the journal Biochemistry.

As president of the UW–Madison student chapter of the American Society for Biochemistry and Molecular Biology, Evensen has organized a regional conference so that her fellow members can benefit from the research presentation and networking opportunities she has had. She secured regional meeting status from the national organization, raised funds for a $10,000 budget, and recruited a student planning team. This coming March, roughly 200 undergraduates from throughout the Midwest are expected to attend the “Molecules in the Midwest” conference at UW–Madison. 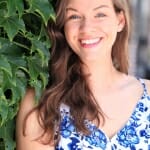 Early in her undergraduate career, Jorgensen developed an interest in food access and food policy. Since 2017, she has interned with the UW–Madison School of Medicine and Public Health’s Population Health Institute, where she has helped develop a school wellness policy initiative and evaluate a statewide public health nutrition program. As a food policy intern with the city of Madison, Jorgensen produced a map of food insecurity within the city limits. For her senior thesis, she researched rural and urban food insecurity throughout Wisconsin. She received a Hilldale Undergraduate Research Fellowship to support her work.

Rhodes Scholarships typically provide all expenses for two or three years of study at Oxford University in England. This year’s winners will enter Oxford next fall and are referred to as the 2020 class of Rhodes Scholars.