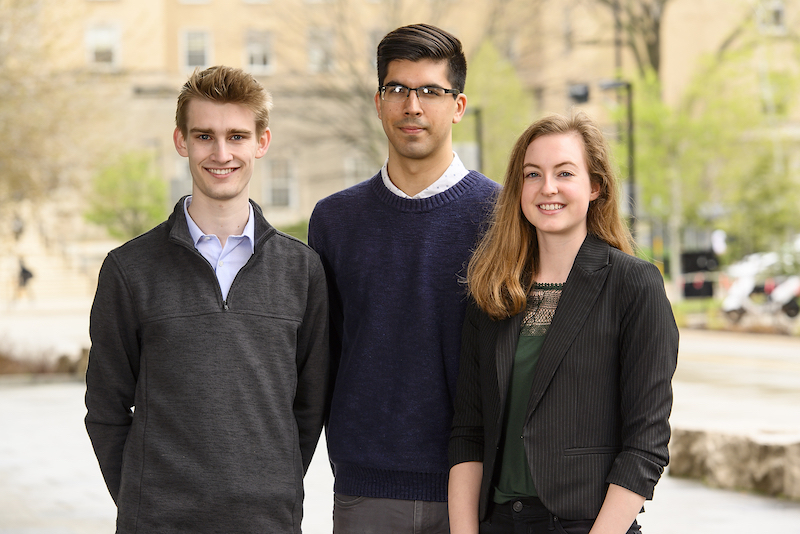 Three University of Wisconsin–Madison students have been awarded prestigious Barry Goldwater Scholarships for undergraduate excellence in the sciences.

The three are among 496 Goldwater Scholars named this year out of 1,223 college sophomores and juniors nominated from across the country.

Congress established the Barry Goldwater Scholarship & Excellence in Education Foundation in 1986. Goldwater served in the U.S. Senate for over 30 years and challenged Lyndon B. Johnson for the presidency in 1964. The foundation aims to develop highly qualified scientists, engineers and mathematicians.