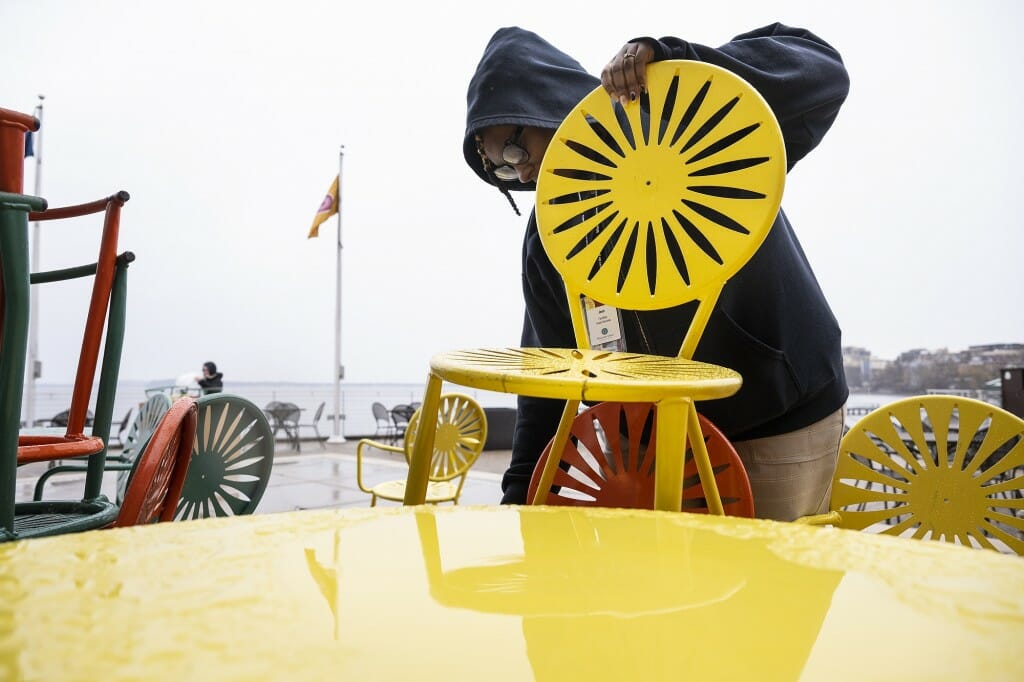 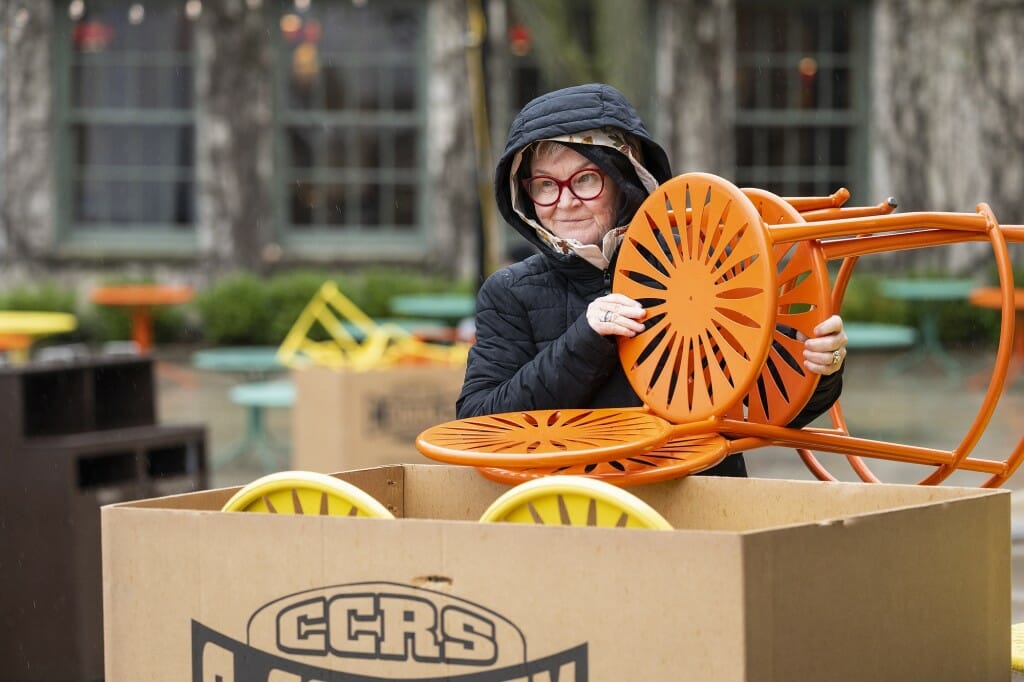 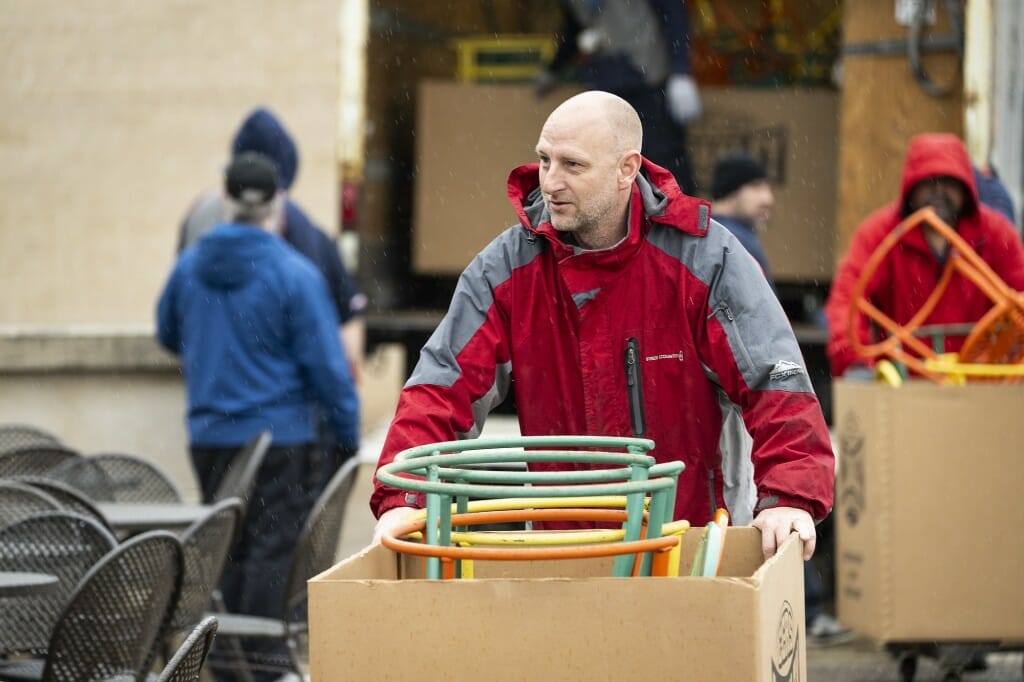 Mickey Francois, building and grounds supervisor for the Wisconsin Union, lends a hand as movers and volunteers begin to unload truckloads of iconic Terrace chairs. Photo by: Jeff Miller 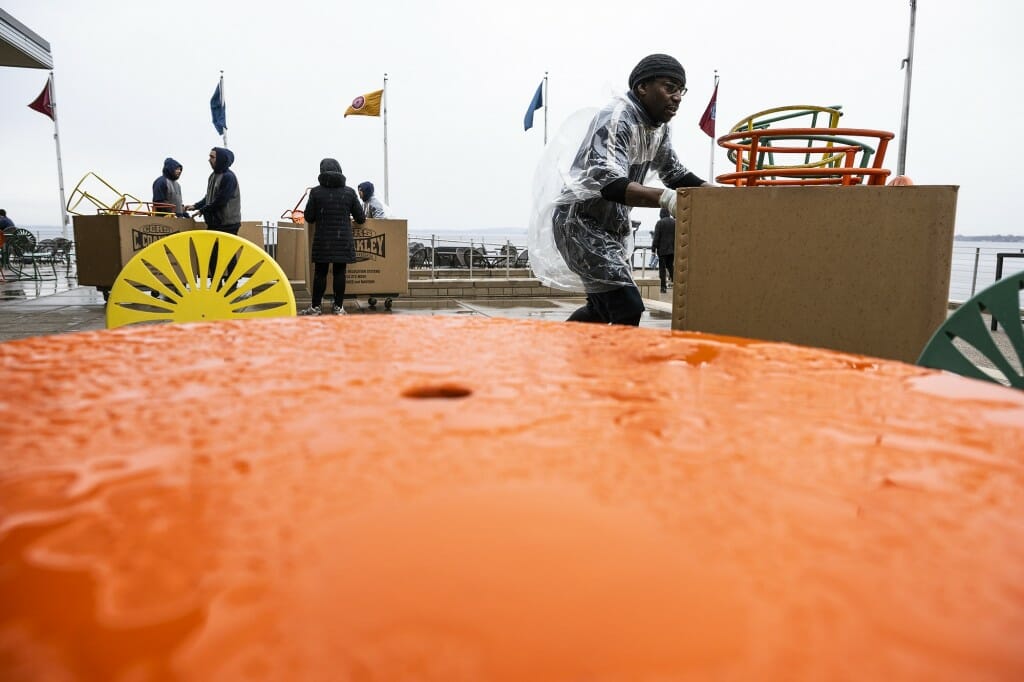 The high temperature reached into the 60s as the Terrace chairs were unloaded on Wednesday, April 13. But it was rainy. Photo by: Jeff Miller 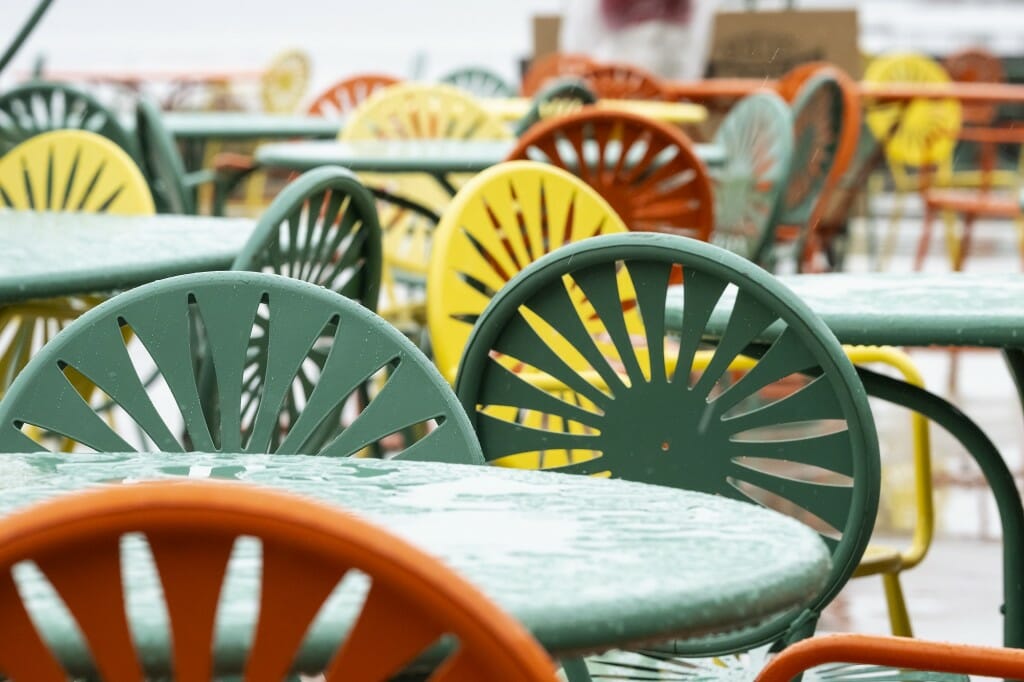 Rain puddles form on tabletops as movers and volunteers begin to unload truckloads of iconic Terrace chairs, previously stored for the past winter, and distribute them at the Memorial Union Terrace. Photo by: Jeff Miller 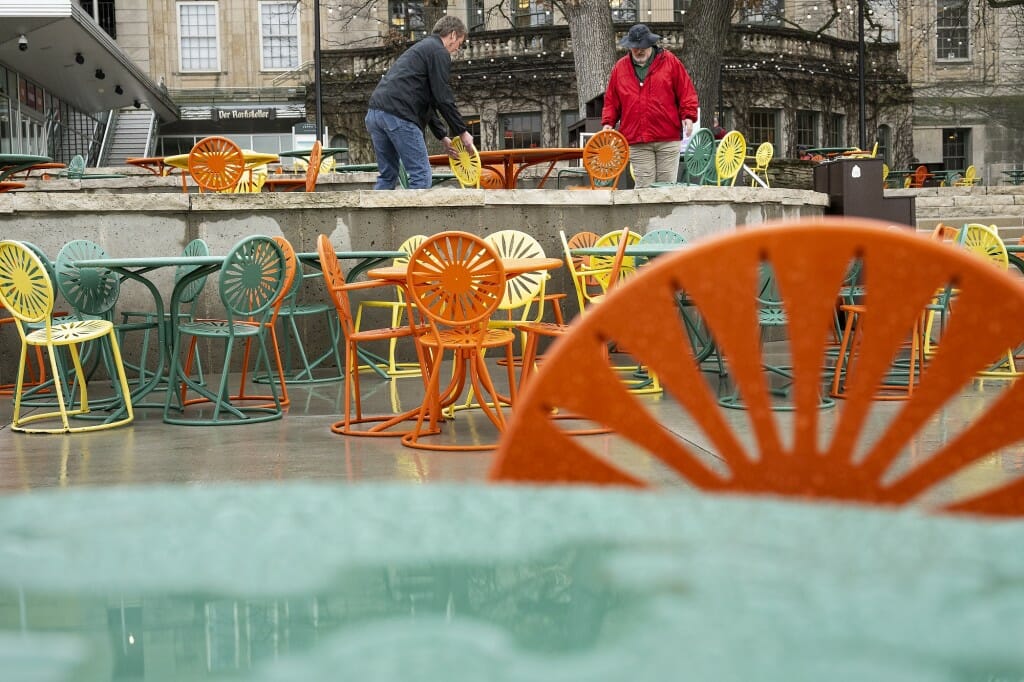 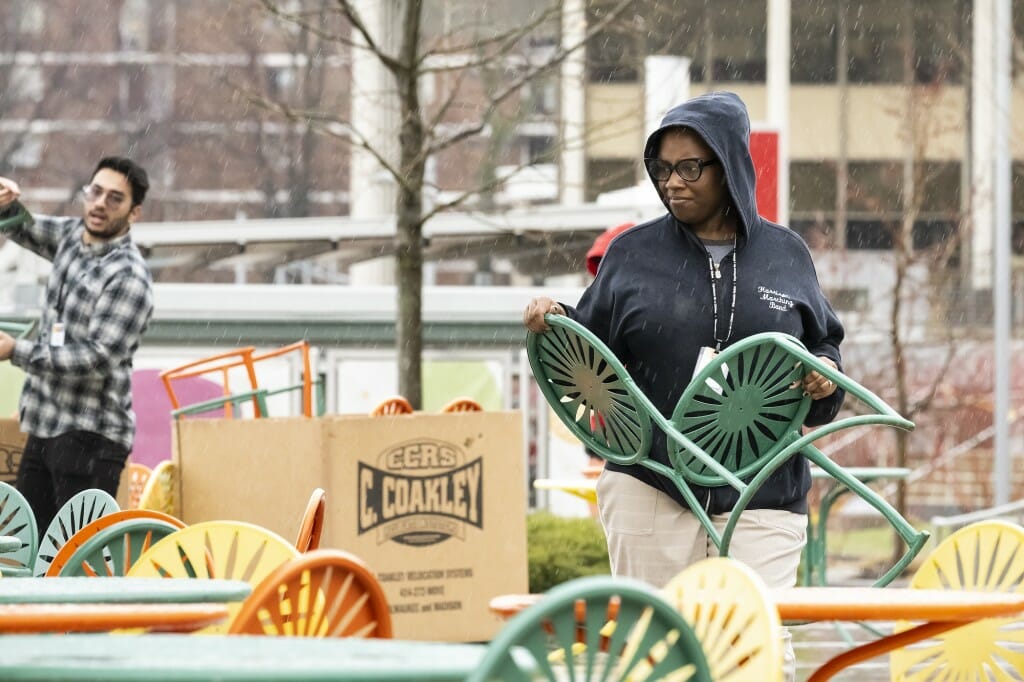 I mean, they’re CHAIRS. You sit on them. That’s it. End of story.

But the Terrace chairs aren’t just any old chairs.

As sure as seeing the first robin, the setting up of the Terrace chairs at Memorial Union is a welcome sign of spring.

After a long winter in storage, the chairs came out April 13, ready for sunshine, a view of Lake Mendota and being the best seats on campus for studying, catching up with friends or just plain daydreaming.

Some years, opening Terrace day is filled with blue skies. Sometimes, like today, you better bring your umbrella. Or parka.

But we’ve been doing this awhile. We know the deal. And we have 148 days to enjoy before the start of the fall semester.

Terrace by the numbers

1928: Year Memorial Union opened, specifically Oct. 5, 1928. “The Union is a living room, which converts the University from a house of learning into a home of learning,” UW–Madison President Glenn Frank said at the opening ceremony.

1933: Year several versions of metal chairs began replacing the original wooden Terrace chairs. One was an early version of the classic stamped-metal Sunburst style. Another was the Deauville, which featured a sunburst shape on the seat and the back using curved strips of steel.

1954: Year Bermuda shorts were recognized as acceptable dress in the Union Cafeteria and Rathskeller, as well as on the Terrace. Whew.

$15.50: Cost of a mini Terrace chair, guaranteeing you a seat all year