TV series highlights alumna’s struggle for equity at her school 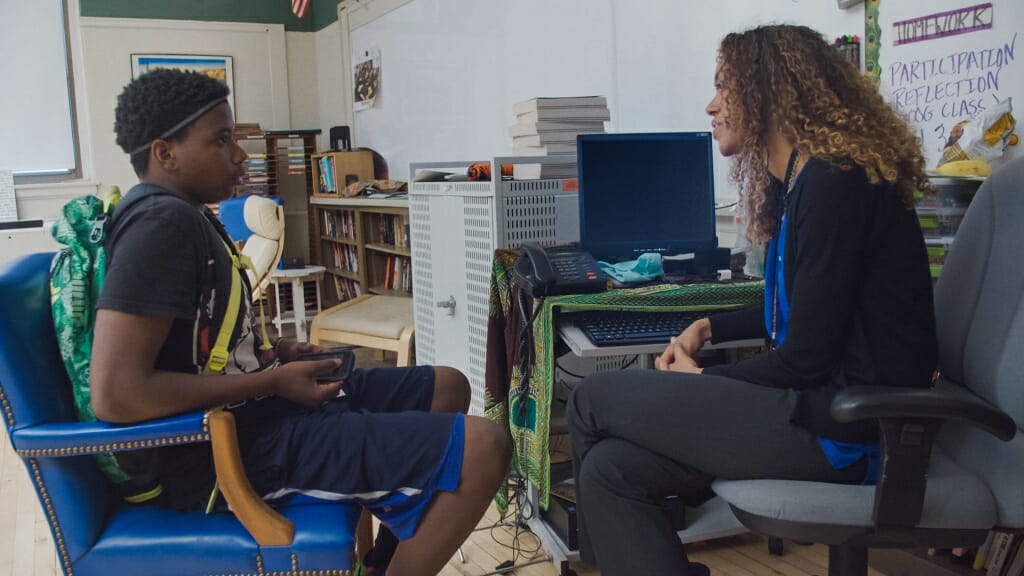 Oak Park and River Forest (Illinois) High School English teacher Jessica Stovall speaks with junior Ke’Shawn Kumsa. Stovall, a Chancellor’s Scholarship alumna who graduated from the UW–Madison School of Education in 2007 and will pursue a Ph.D. at Stanford University, is one of the subjects in the new TV documentary series America to Me. Photo courtesy of STARZ

For a self-described shy person, Jessica Stovall is making some big waves these days.

The 34-year old “Badger fanatic” graduate of the UW–Madison School of Education and Chancellor’s Scholarship program has spent the last 11 years teaching at the Oak Park and River Forest High School (OPRF) in the suburbs of Chicago. She’s been showered with accolades, including Illinois’ Golden Apple Teacher of Distinction and the Fulbright Distinguished Teacher Award, which allowed her to spend several months in New Zealand researching the country’s efforts to address the achievement gap between Maori and non-Maori students.

Now she’s making the leap to the small screen as a subject in the upcoming documentary series “America to Me” by Academy Award-nominated filmmaker (and Oak Park resident) Steve James (Hoop Dreams, Life Itself). The series, which premieres Sunday, Aug. 26, at 9 p.m. CDT on Starz, follows students, teachers and administrators over the course of a year as they grapple with racial and educational inequities. A fellow alumna, Justine Nagan, is an executive producer of the series – Nagan earned a bachelor’s in film and journalism at UW.

Life has been a whirlwind this summer, but Stovall made some time to check in with us between helping create a curriculum of guided conversations about race that will accompany the rollout of the series and preparing to pack all of her belongings into her 2009 Pontiac to drive across the country this week with her mother to Stanford, where she will begin work toward her Ph.D. this fall.

Q: How did you get involved with this documentary?

A: I had been working at OPRF since I graduated from UW–Madison in 2007. When the school board approved the documentary, Steve James and the rest of the filmmakers started interviewing faculty, students, community members and parents, and I started to explore getting involved. They initially said it was just going to be for a week or two and that with a few teachers they may stay longer. Then they ended up staying for the full year. So I didn’t know what exactly I was signing up for. What it wound up being is a year in the life of one American public high school, but I think that people will find that it really is a microcosm for what is going on in schools across the U.S.

Q: What did you take away from the experience?

A: It’s a special experience to be vulnerable on screen. When you’re a woman of color on predominantly white campuses like UW–Madison or Northwestern or at OPRF, which has a predominantly white teaching staff, you can feel like you are alone; like your experiences are unique to you. Being in the documentary helped me see how my experiences are not unique. Hearing from people who watched it who say they saw themselves in me has been really powerful and energizing. It’s been a good touchstone for me as I think about my future research into supporting teachers of color in classrooms at predominantly white institutions. 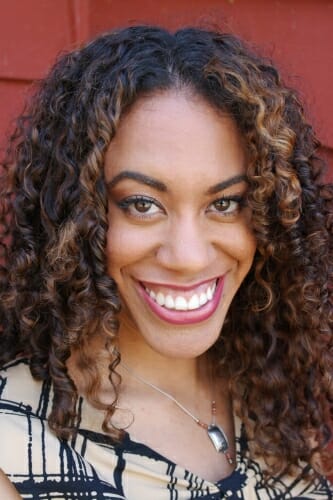 Q: Was there a particular moment in your life when you decided you wanted to dedicate yourself to working for equity in education?

A: A pivotal moment for me came in high school. I grew up a biracial child in New Richmond, Wisconsin, a small town without a lot of diversity where I didn’t always feel like I belonged. I always knew I wanted to be a teacher because my parents were both educators and I idolized them. But a turning point came in a history class discussion about white privilege. It was an awkward, 50-minute class where my white peers kept looking at me sideways, not sure how to do it. And in the last five minutes the teacher said, “As you can see, there’s an elephant in the room. Jessie, why don’t you give the black perspective on white privilege?” I was a very shy teenager and that felt like social death to me.

After that I went to an English teacher that I trusted and told her about it, and she said, “Well, how would you like to have taught that class?” Then she actually let me teach an entire class — a 17-year-old teaching a class about race and what it was like for me to go to school. It was powerful for me and I really grew into myself in that one class period. I came out of it knowing that I really wanted to study this topic. That drive is part of what led me to Dr. Gloria Ladson-Billings’ work around culturally relevant pedagogy at UW–Madison. I wanted to be at a school that was really doing this work.

Q: How did your time at UW–Madison influence your outlook and approach to education when you entered post-college life?

A: The Chancellor’s Scholars program in particular was one of my biggest catalysts for success at UW, in large part because of the really amazing social network and social support it provided, which I’d never had before. I didn’t have any black or brown friends growing up, and so to be in a circumstance where I had this amazing cohort of 39 other talented individuals was really powerful. To see their successes and their growth was really motivating.

Q: How did your experience teaching high school for 10 years change the way that you think about education and equity?

A: I can’t stress enough the importance of relationships — both between teachers and students and students with each other — in creating a safe learning environment where students can take academic risks. When I first started teaching I always felt like I had to be the expert, the authoritarian. I realize now how unhealthy and problematic that can be. I spent a great deal of my time doing social emotional learning work in my classroom. We would push the desks out of the way and we’d sit on the floor and do full-class peace circles — seeing the humanity in each other. People would say, “How can you waste class time doing peace circles when there’s so much curriculum to get through?” But I’ve never gotten through as much curriculum as when I took the time to do these intensive community building activities. 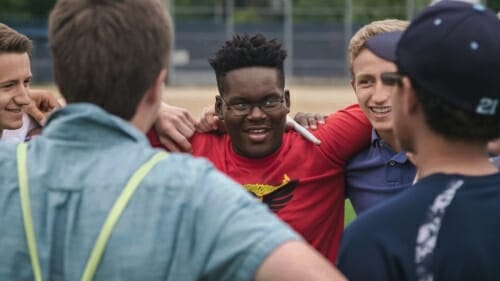 In the 10-part documentary television series America to Me, filmmaker Steve James follows a year in the lives of 12 students at Oak Park and River Forest High School near Chicago, including senior Kendale McCoy (center), to show their dreams, fears, triumphs and aspirations. Photo courtesy of STARZ

Q: What are the biggest challenges schools like Oak Park are facing in 2018?

A: In an era where we claim or desire to be “post-racial,” issues of race are still impacting our students in classrooms all over the U.S. The current national climate is very sensitive to issues of race, which is why it’s even more important to be addressing them head-on. Because until outcomes are no longer racially predictable, we need to pay attention to issues of race. The biggest problem is that our national mindset is that we are beyond this, but there is no data that suggests that we are beyond it.

Q: What do you think are some steps we can take as a society to help close the racial achievement gap in the U.S.?

A: We need to start having real conversations about race and how race has impacted our lived experiences and outcomes. When all those studies came out showing that young girls were not going into STEM fields, institutions put a lot of energy and attention into the problem and have made amazing gains since then. Now imagine if we did that for issues of race. Part of it is — at least in my experience — when we bring up issues of race there still is a lot of “Are we still talking about this? I thought we were over this. It’s not an issue in my community or in my classroom.”

We need to have some really honest conversations about what’s going on in the classroom, which is why I wanted to be part of the documentary. In it, you get a really intimate look at how students are experiencing classrooms and their lives, and race has a lot to do with that. You begin to love and care for them, and as a result of that it challenges you to think about how race has played out in your own life.

This Q & A was edited for length. Read the full interview on the Creating Community webpage.