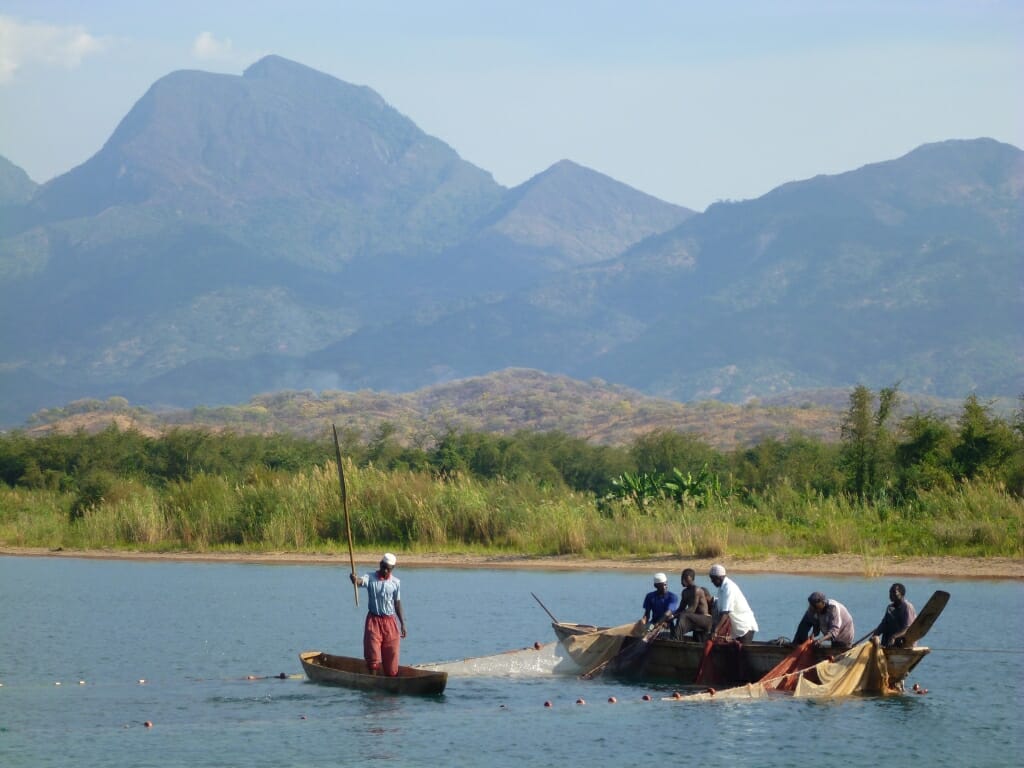 Anglers on Lake Tanganyika near Kigoma, Tanzania. Freshwater fisheries are mostly found in low-income countries where they are dispersed across the landscape, and a new study says they are underreported as a result. Photo credit: Ellen Hamann

A new study published today in the Proceedings of the National Academy of Sciences says we are dramatically underestimating the role inland fisheries play in global food security.

While it’s widely known that people across the world rely on freshwater fishes caught in lakes, rivers and streams to supply protein in their diet, putting a number on the global catch — or even the catch from individual fisheries — has been challenging.

Every year, countries report on all their food production and trade to the Food and Agriculture Organization (FAO) of the United Nations. These statistics are the backbone of what we know about human nutrition worldwide, and this information is used by many organizations as their basis for targeted interventions to improve food security and alleviate malnutrition.

But, says Etienne Fluet-Chouinard, a graduate student at the University of Wisconsin–Madison’s Center for Limnology and lead author of the paper, when it comes to inland fisheries, those numbers are often unreliable because they are based on deficient monitoring.

Freshwater fisheries are mostly found in low-income countries where they are dispersed across the landscape. They are also almost exclusively small-scale operations. Traditional methods of quantifying fish harvests are insufficient under these conditions. 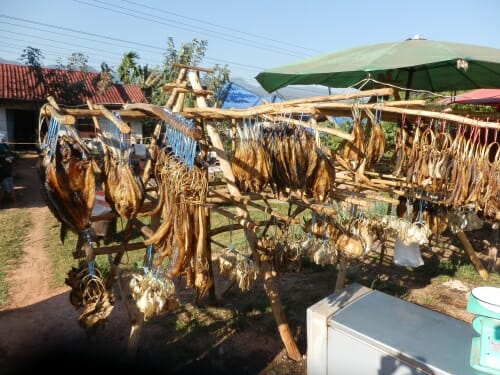 Fish caught at an inland fishery in Thailand. Submitted photo

For example, Fluet-Chouinard says, “subsistence fishers may not rely on fishing as their primary occupation for their livelihood and then they might consume some or all their catch within their household, so the fish never enters any formal value chain.”

Trying to gain a more accurate picture of these inland fisheries, Fluet-Chouinard looked at data from more than half a million household surveys conducted in 42 low or middle-income countries. Called “Household Consumption and Expenditure Surveys”, the questionnaires are conducted in person by ministries of each country as a way of surveying citizens’ living standards.

Based on the responses on the quantity of fish eaten in these surveys, Fluet-Chouinard says, we can calculate that people are catching a lot more fish than most national estimates suggest. The vast majority of countries — from Zambia to Thailand to Columbia — were vastly underrepresenting their real harvests. Just a handful, like Pakistan and Brazil, appear to be slightly overestimating their annual fish harvest. Taken together, the 42 countries’ inland fish consumption estimates were undershooting their catch by 65 percent.

“Approximately one out of every three fish caught is not showing up in the national statistics,” says Fluet-Chouinard.

UW–Madison Professor of Limnology Pete McIntyre, a co-author of the study, says it’s “staggering” that so many countries are underreporting their catches. And it’s not just a problem for the world’s lower income nations.  Surprisingly, wealthier countries, where fisheries are predominantly recreational, are no better at keeping track of their overall inland fisheries harvest.

“We spend millions of dollars in Wisconsin and every other state trying to figure out what fish we catch, but then we don’t properly consolidate these data to report them faithfully to the FAO,” says McIntyre.

Without accurate inland fishery harvest numbers, countries and the FAO cannot make informed management decisions or may be underestimating the pressures fish stocks are under and whether the current harvest is sustainable. What’s more, the study says, these holes in the data also obscure the bigger picture not only of how many fish are harvested, but of how many people rely on those harvests.

“In a lot of those countries, the resource is important because it is an open access resource, so even disenfranchised groups can tap it as a source of animal protein,” says Fluet-Chouinard.

And that’s a big deal considering the 65 percent net underreporting. In human terms, that’s the equivalent of 37 million people in the studied countries meeting their entire protein intake from these hidden harvests who weren’t being counted.

And that “pushes the global total to the equivalent of nearly 200 million people who are getting all of their animal protein from rivers and lakes,” Fluet-Chouinard says.