MADISON —Research from the University of Wisconsin–Madison suggests certain forms of discrimination on campus are committed by a relatively small fraction of people, knowledge that could guide an effective campaign against the mistreatment and lack of inclusion college students from marginalized social groups often experience relative to their peers.

“Our studies show that racism and lack of inclusion continue to be very serious problems,” says UW–Madison psychology professor Markus Brauer. “Given the sheer number of individuals that students from marginalized backgrounds interact with, they are very frequently the target of discrimination or offensive comments. This is what they report, this is what our studies show, and this is what many other studies show.”

Brauer’s team develops pro-diversity interventions and tests their efficacy in large-scale field experiments. Their social marketing approaches have improved attitudes toward diversity, increased feelings of belonging and even reduced the academic achievement gap. 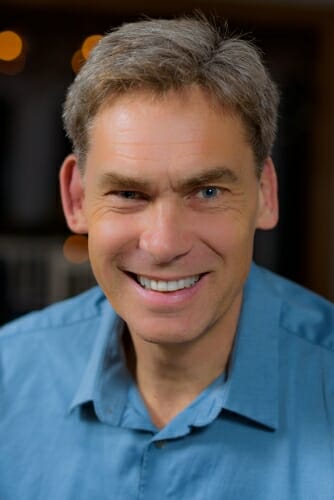 Over several years, the lab recruited student actors from or representing marginalized backgrounds — Black, Asian, and Muslim students, a male student wearing a gay pride T-shirt — and designed experiments in which the students engaged in everyday behaviors on the Madison campus. They trailed people into and out of busy campus buildings, recording who extended the courtesy of holding the door; dropped stacks of index cards in occupied elevators, noting who would help pick them up; left open neighboring seats on crowded buses to see who was comfortable filling them.

In their analysis, published today in the Journal of Experimental Psychology, the researchers found the majority of people did not discriminate in these situations. When the experiments’ subjects interacted with individuals from typically marginalized backgrounds, they treated them just as positively (or negatively) as their non-marginalized counterparts.

Brauer says it was an interesting insight into the campus community: Though discrimination undoubtedly occurred — especially toward Black and Muslim actors in the experiments — the discrimination was caused by a numerical minority of the individuals whose behavior was observed.

“We were surprised by these results,” Brauer says. “We tried out one situation, then another one, and so forth. But study after study came back with the same result: Most students did not treat our white actor more positively than the Black, Asian, or Muslim actors.”

Meanwhile, the researchers conducted a large-scale survey asking students about their experiences on campus. In one question, respondents were asked to divvy up the student body into groups ranging from very discriminatory to very inclusive.

“We looked at the responses from students from marginalized backgrounds, about 500 in our sample. It turns out that they put about half of their fellow students in the somewhat inclusive or very inclusive category,” says Brauer. “And then there’s another 25 percent who are put in the middle of the road category. This category consists of students who don’t go out of the way to be inclusive, but they don’t engage in overt discriminatory behavior either.”

And then there were the other 20 percent to 25 percent of students, judged by their peers, who engage in either indirect or direct forms of discrimination.

A Pareto-consistent description of discrimination may limit the number of people behaving badly toward others based on their race, religion or sexual orientation, but it shouldn’t minimize the harm.

There’s no way, Brauer says, to know yet whether the findings can be generalized to other community settings, such as large private companies or even other colleges. And the group’s initial results should be regarded with ample caution.

“We studied relatively simple behaviors in fleeting public interactions,” Brauer says. “We didn’t study microaggressions, nor how violently people react to norm transgressions. We also don’t know what happens in study groups or how many students make offensive statements in classroom discussions.”

The studies don’t address systemic forms of racism and discrimination that disadvantage many students from marginalized backgrounds.

“Also, more and more people argue that not being racist is not enough, and that our goal should be to be anti-racist. That is, all of us should actively work toward racial equality,” Brauer says. “Our studies do not measure how many students on campus are anti-racist.”

However, if the lab’s findings hold up in future studies, Brauer says successful approaches to increasing tolerance and minimizing harmful interactions on campus should avoid a one-size-fits-all strategy.

“From a social marketing perspective, from a behavior-change perspective, if the goal is to get people to behave inclusively, you want to use specific messages that are targeting a particular segment of the population,” says Brauer.

Brauer’s preference would be to focus on what he calls the “moveable middle,” the 25 percent or so that non-white students describe as having neither particularly strong positive or negative attitudes about diversity.

“These are the people we can easily get to behave more inclusively towards peers from underrepresented groups,” he says. “If we just gave them the right tools, and gave them more information on how to do that, it can make a big difference.”