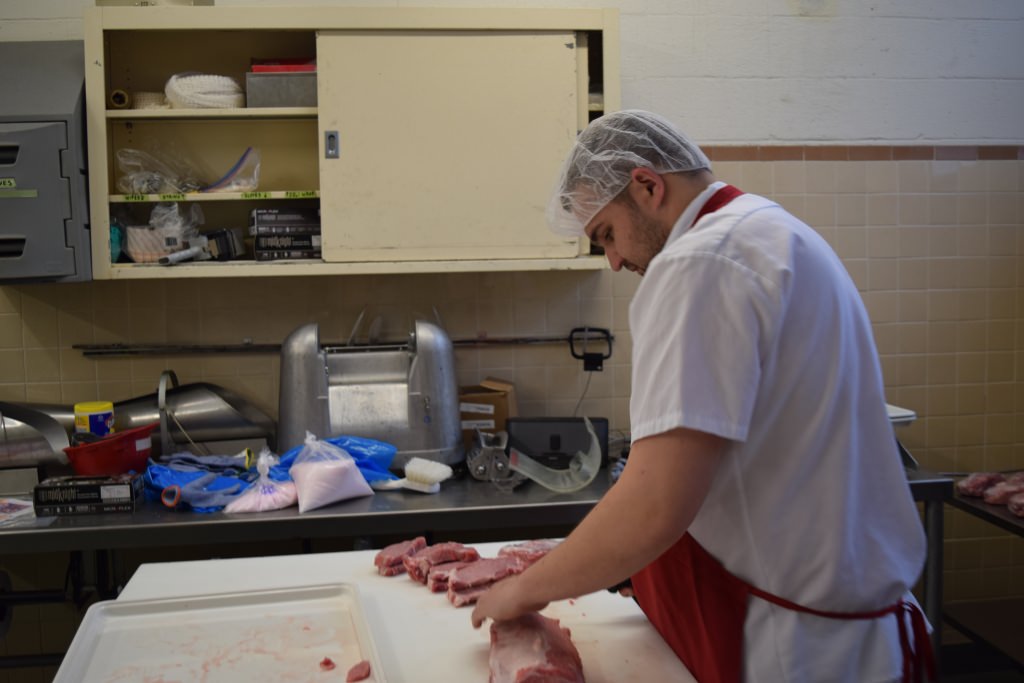 Bucky’s Butchery, a retail meat store in the UW–Madison Meat Science and Muscle Biology  Laboratory on campus, recently extended its hours to better accommodate customers, and in 2019 plans to move to larger quarters down the line.

The UW Meat Lab has been on campus since 1931 with the purpose of helping to meet the university’s Land Grant mission of teaching, research and outreach, with a focus on animal agriculture. In addition to classrooms and research laboratories, the lab includes a state-inspected meat processing facility.

Bucky’s Butchery employs about 15 student workers and a full-time meat lab manager, Robby Weyker. Under Weyker’s direction, the student employees are directly involved in all aspects of the laboratory, including cutting meat, mixing ingredients, processing products and cleaning.

“We have such a fun team that it doesn’t even seem like work most days, and we have the best undergraduate supervisor on campus, Robby,” says Tony Schmitz, a senior studying dairy science who has been working at the Meat Lab for over three years. 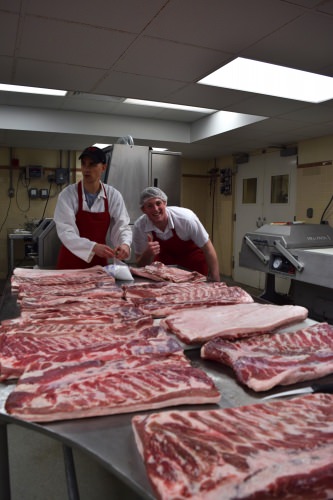 “The most valuable skill I have learned is how to work with a team and really depend on each other to get things done efficiently and thoroughly. This skill is critical because almost every workplace scenario there will be other people that you will have to work with and depend on to get the job done,” Wendhausen says.

A couple of students focus on retail sales and marketing for Bucky’s Butchery. These employees prepare products for merchandising, interact with customers and are in charge of taking inventories and processing the income the store generates.

“My favorite part is interacting with the people who come to the store on Fridays. Talking to these people and teaching them about where their food comes from has been a really rewarding opportunity,” says Allie Breunig, a sophomore studying life sciences communication.

Micheala Slind has been working at Bucky’s Butchery since the fall of her freshman year.

“By far the most valuable things I have learned are skills that I will take with me when I leave UW–Madison, from customer service skills to team-building with my coworkers and an overall appreciation for the meat industry. I have enjoyed sharing my personal story of growing up on a farm, and love to tell the story of the local product we sell at Bucky’s,” Slind says. “Each Friday when I leave the store, there is always a conversation that sticks in my mind and keeps me wanting to come back the next week.”

Slind studies dairy science, but grew up raising swine and beef cattle and has always been curious to learn more about the meat industry.

A large portion of the meat sold in the store comes from animals raised on the UW–Madison Agricultural Research Station in Arlington, just 20 from campus. Customers like knowing where their meat comes from and how it was raised, as well as knowing that it has had ties to UW–Madison through all stages of its life. Since demand surpasses supply, the Meat Lab also purchases some product from a local purveyor.

Pork, lamb and beef are all sold at Bucky’s Butchery, with both fresh and frozen cuts available. Specialty products include fresh Bavarian style bratwurst, cooked smoked sausages in flavors including mushroom and Swiss or jalapeño and cheese, and more traditional Wisconsin sausages such as beef snack sticks, beef jerky and summer sausage.

The top-selling product is bacon and it’s hard to keep in stock. Other customer favorites include Hawaiian Bratwurst, Lamb Chorizo and Beef Jerky. There are often in-store samples available for customers to try.

The store will be moving to new, larger digs in the near future. The current Meat Laboratory was built in 1931 with additions in the 1950s and 1970s. 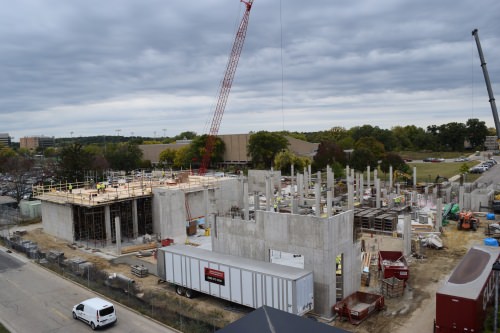 A new 75,000-square-foot Meat Science Building is being built at 1930 Linden Drive, and it’s scheduled to be completed in the winter of 2019.

The state-of-the-art building will include a larger version of the current meat lab’s inspected meat processing facility, but will also house lecture halls, teaching facilities and research laboratories.

When Bucky’s Butchery moves in to the new building, the shop will be open daily and will take a new name: “Bray’s Meats,” which pays homage to the founder of the UW–Madison meat science program. The new space will be significantly larger than the current retail store, and sales are anticipated to rise as well. Designed by Swink Design of Madison, the Bucky’s Butchery space hopes to be an old-world butcher shop with a contemporary feel.