Growing up on the South Side of Chicago, Keven Stonewall discovered a love for science at an early age. At 17, he landed an internship at Rush University, where he performed groundbreaking research on a potential vaccine for colon cancer. His work won him awards and sent him to the Intel International Science and Engineering Fair in 2013.

Now a junior biology major at UW–Madison, he researches potential treatments for neuroblastoma, a type of cancer commonly found in young children.

University Communications met with Stonewall to learn how he got where he is today.

Your decision to pursue cancer research was pretty personal. Could you describe that?

My drive to do cancer research really started with my love of science, which developed when I was 10. We were in science class just playing around with the microscopes, and I fell in love with it. I actually asked for a microscope for Christmas. [Laughs] Thinking about it, it’s funny now. But it’s kind of crazy the impact that it had on me. 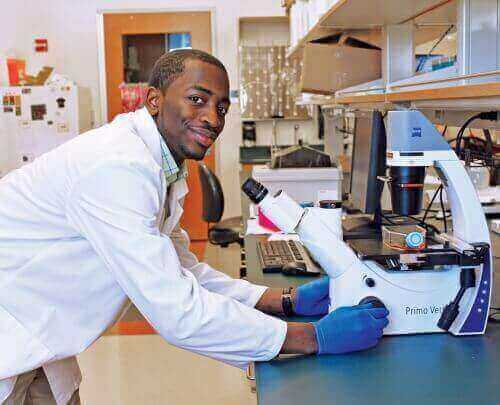 Freshman year, my friends’ uncle passed away from cancer. I knew I loved science, so the idea of trying to work with cancer started then, but I didn’t know how to approach it.

By being exposed to a lot of different things throughout high school, I knew my dream was to do research in a lab. I went about emailing a lot of lab professors, and everything started rolling from there. I emailed about 200, and only heard from one that actually told me “yes.”

When you emailed those professors, what did you say?

It was basically like a research proposal. I learned how to do that just Googling. [Laughs] Nobody actually taught me how. I look back at those emails and there’s definitely a lot that I could improve on, but I think it was a good start for being in high school.

Don’t be afraid to feel isolated … We’re going to be different, but a lot of times the different people are the Bill Gates, the Steve Jobs, the Gandhi, or the Dr. Martin Luther King.Keven Stonewall

It was cool, though. My mentor (at Rush), Dr. Ruby? His idea was, “I’m not going to tell you what to do for a project. You came in with this idea anyway, so I want you to grow.” That’s why I’m always big on open access, and I feel like no idea is ever dumb or stupid, because you never know where that idea will take you.

Have you had failures along the way?

Being told “no,” even when I was applying for those internships: “No,” meaning “No, we’re not interested.” I started questioning myself, thinking, “Am I not smart enough?” There was a time when I started doubting myself. But I think it took that one “yes” to brighten the rest of life.

What advice would you give to UW–Madison students on pursuing their passions?

Don’t be afraid to feel isolated. That’s a major key. Finding your passion comes with a sense of self-reflection, and a lot of times in life we want to try to fit into this box. But how about you just step outside the box and do what you want to? We can live in a straight line, but how about if you make a right turn? We’re going to be different, but a lot of times the different people are the Bill Gates, the Steve Jobs, the Gandhi, or the Dr. Martin Luther King.

You’re serious about your research and your message. What’s goofy about you?

I like to dance. I can ballroom dance or even dabbing; it’s just a range. I’m open to anything. Me and my fraternity brothers, we like to goof off all the time. We always like to say, “College days swiftly pass,” but I’m really happy they’re swiftly passing with my brothers. 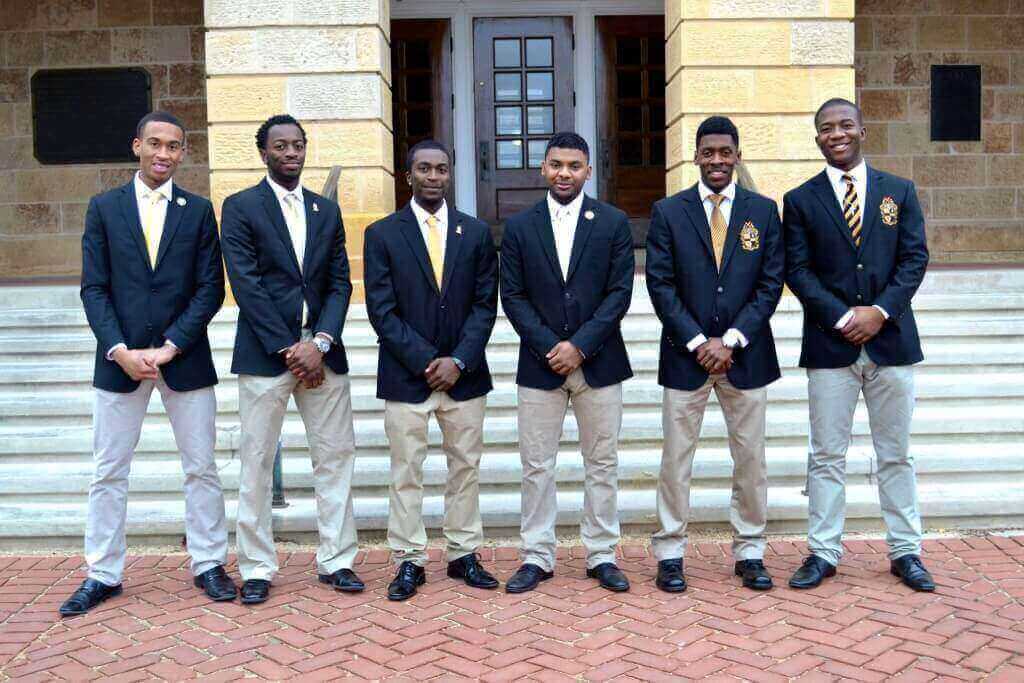 You’ve done a TEDx Talk, you have your own YouTube channel, and you give motivational talks to high schoolers. What message are you trying to get out?

The big thing for me is “passion is love; love is passion.” One of my first videos I made was talking about why I think passion is good: It gives me energy; it gives me a reason to wake up. A lot of times I don’t have to set my alarm clock because I know why I’m waking up. It’s crazy to say, but I know when I wake up, it’s like, “I’m getting it. It’s time to get it.” There’s no reason why I’m not going to make this happen.

What would you say to people who might be intimidated by this kind of intensity?

I’m just a regular person. I like to put it like this: “I’m just a kid from Chicago with a dream.” I want everyone – whatever city, whatever town you’re from – to apply that to themselves: “I’m just a kid from Eau Claire with that dream.” Use that to motivate you. Think about your life as a story, and you’re writing it page by page. Every book is different, and I want everybody each day to admit you’re creating a page of the story. And it’s up to you how you want your book to end up.