Student to student: 4 ways to incorporate Halloween as you study for midterms 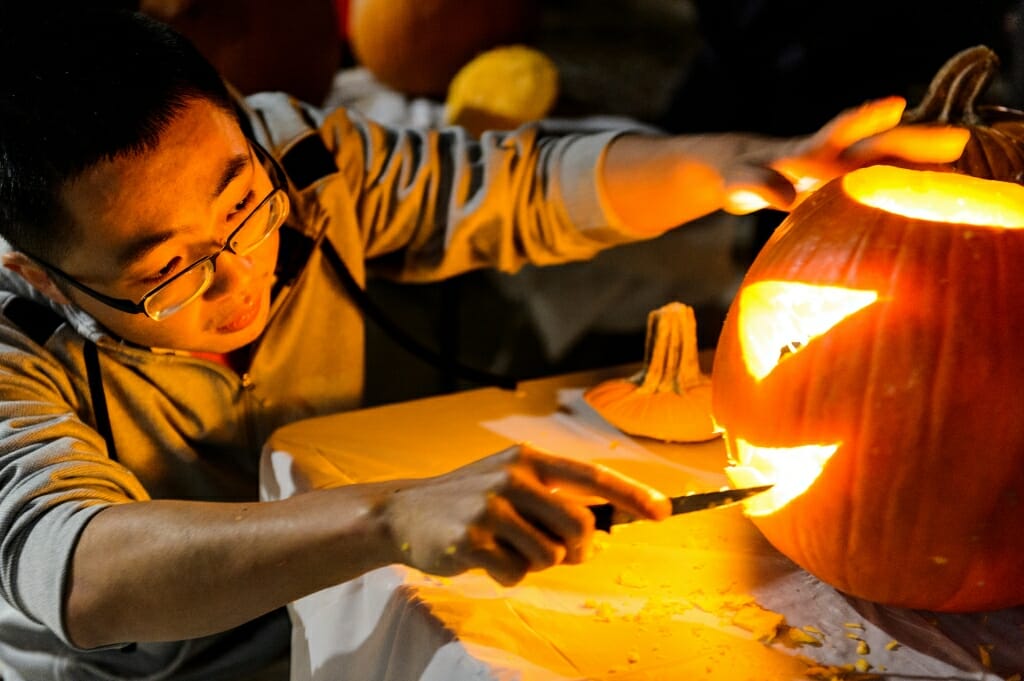 It’s bad enough when Halloween falls on a Wednesday. It’s worse when it falls in the middle of midterms. If you’re someone who says “Happy Halloweekend” and satisfied your Halloween festivities on Friday or Saturday – good for you, this article isn’t for you.

But, if you still hold some fragment of your younger self who views Halloween proper as a sacred day, here’s four ways to celebrate October 31st as you study for your midterms.

Put a pumpkin on your desk 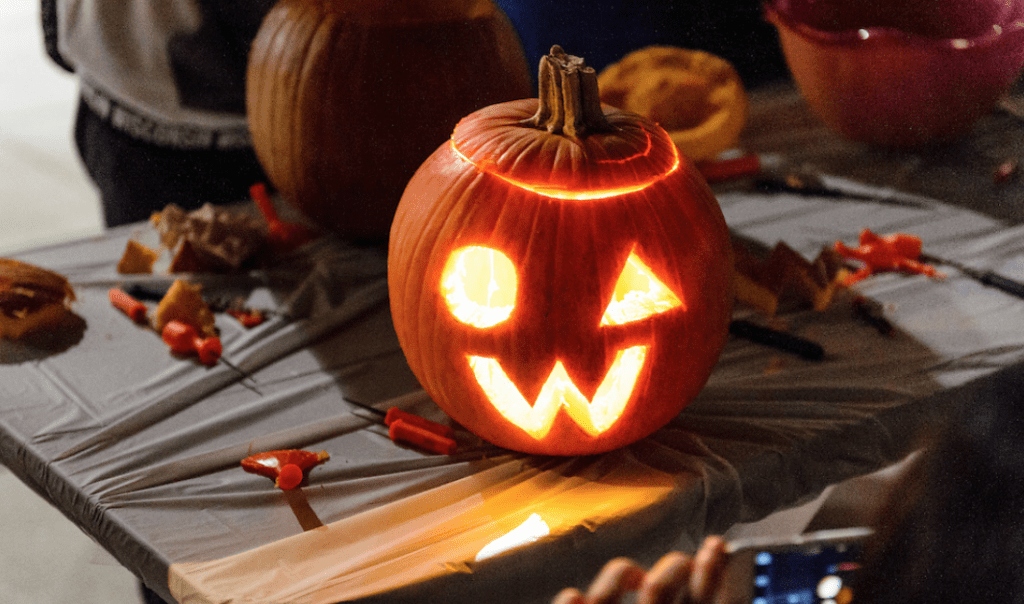 It doesn’t get much simpler than this. Just take a pumpkin – I prefer the smaller, more deformed ones that people abandon at pumpkin patches, but larger ones work too – and place it next to you while you study.

If you’re about to pull a marathon studying session trying to get caught up on a semester’s worth of readings, carve a face in the pumpkin that suggests the pumpkin is simultaneously in awe of your work ethic and understanding that watching a few episodes of Big Mouth on Netflix is actually a good thing to do and might even boost your productivity and at the very least is well-deserved, all things considered. 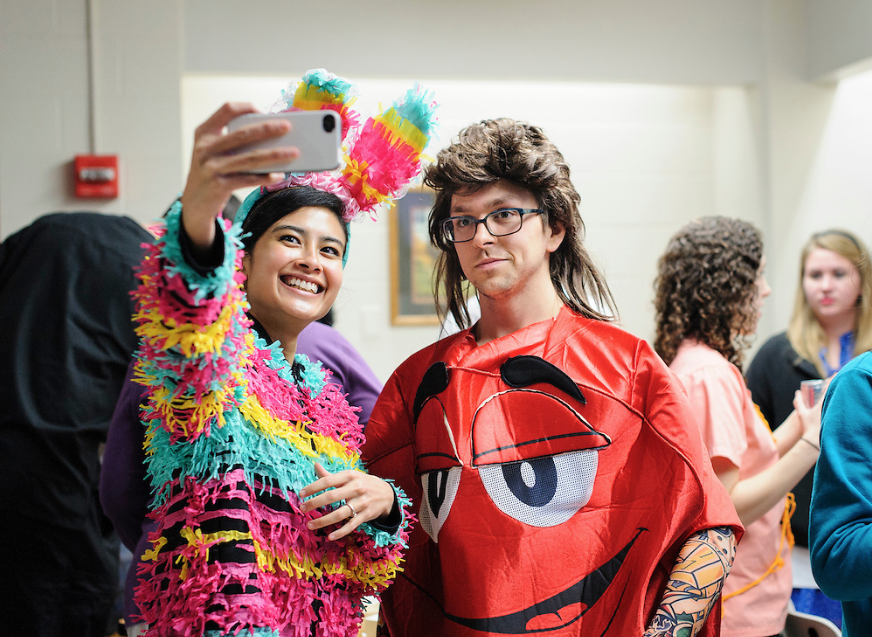 Two students, dressed respectively as a piñata and M&M, pose for a picture during a Halloween costume contest held at the School of Veterinary Medicine in 2013. Photo: Jeff Miller

Before I describe this next one, I am going to strongly encourage you not to do this at a library or, really, in any public place. It might be cute for a kid to wear a mask into a coffee shop, sit down and read a book, but it’s a lot less cute when an adult does it and even less cute when it’s “Advanced Biology, 2nd Edition” and it’s accompanied by muffled sobs.

So, at home, peer through the eyeholes of your favorite spooky character as you study. Pro tip: choose a character that has good circulation, like Jason and his hockey mask. I once trick-or-treated as Scream from the movie Scream and by the end of the night the polyethylene fumes and lack of oxygen had set me back developmentally by at least a year.

Put a scary movie on in the background 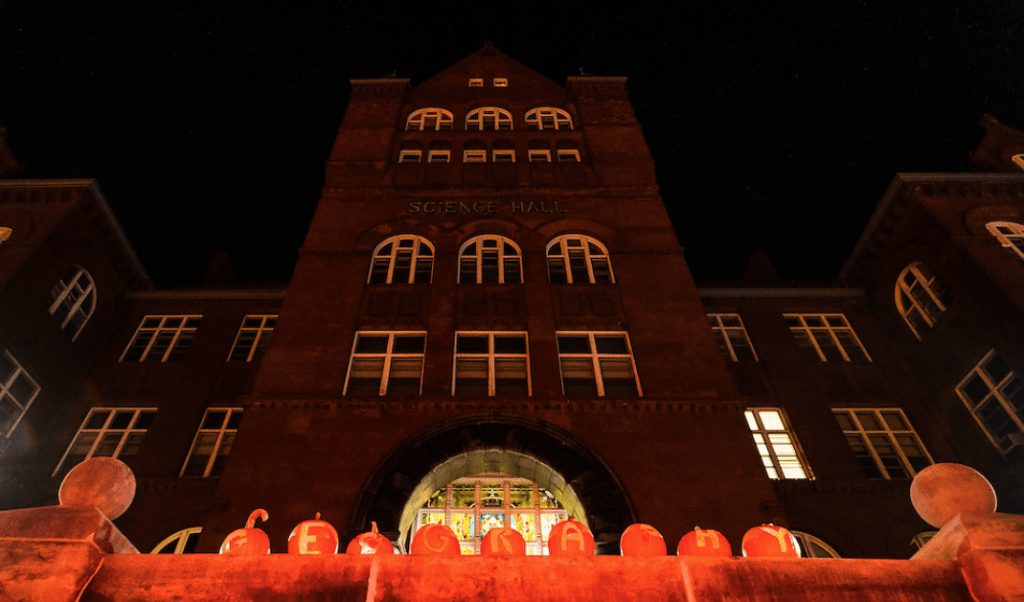 A row of displayed pumpkins — each carved with a letter — spell out the word “geography” outside Science Hall at the University of Wisconsin–Madison during a pre-Halloween, autumn night in 2016. Photo: Jeff Miller

Even if it wasn’t Halloween, you’d probably be on your phone or laptop while watching a movie, so why not get some studying done and get spooked at the same time. Netflix even has its own Halloween tab today, which they are calling, no joke, “Netflix and Chills.”

Some good ones include “The Invitation,” “The Shining,” and “The Conjuring,” although any movie that looks like it was put through an Instagram filter and directly uploaded to Netflix will also work for these purposes. 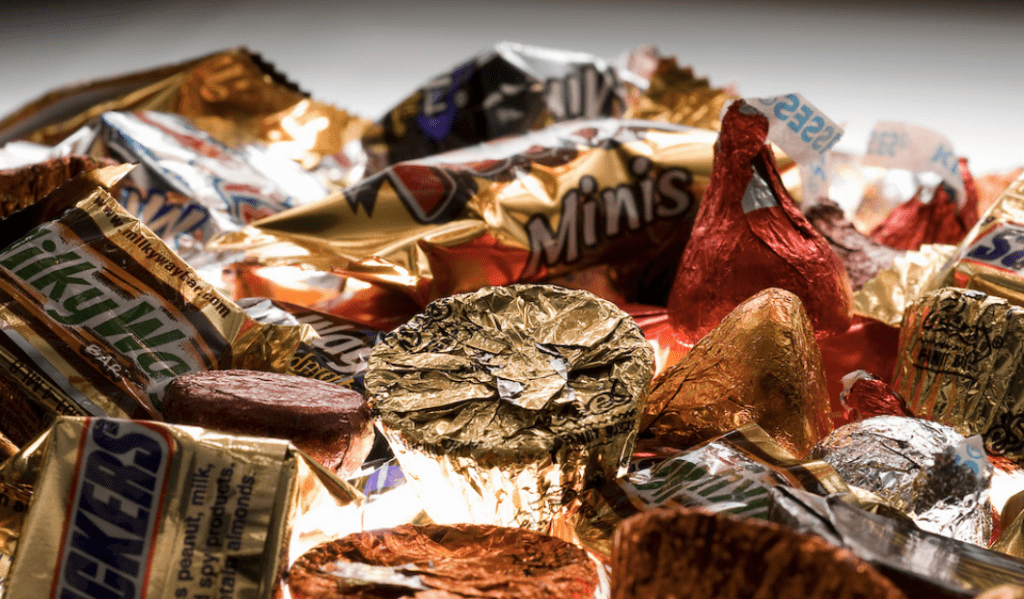 A shiny pile of opened and discarded candy wrappers is the worst and most shameful part about eating candy. It painfully documents the dozens of mistakes you made that night, and putting them in a garbage can hardly solves the problem, as the wrappers eventually uncurl and rise like dough.

So, since you were going to eat candy while you studied regardless of what day it was, why not justify your candy-eating habits in the name of Halloween?