Speaker: You have to be your own ignition

Martin Weiss, senior class vice president, will be one of the speakers at the Saturday’s commencement ceremony.

University Communications recently sat down with Weiss to discuss what brought him to Madison, his experiences at UW–Madison, and his plans after graduation.

Q: What inspired you to attend the University of Wisconsin–Madison?

Weiss: I really didn’t want to stay home. I’m from Indianapolis, Indiana, and it was really important for me to just get out of there. I have three older sisters, and they all went to Indiana. Both of my parents spent time in Indiana for their academic careers, so I decided it wasn’t for me. I really wanted to stay in the Big Ten because most of them are in proximity where I can drive to them. Aside from not following the path of my sisters, I visited the UW campus, and I had an absolute blast. I remember coming here after spending time in Bloomington and seeing Badger stuff everywhere. I was surprised because I never saw such pride for the school. 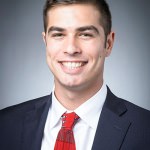 Q: After studying history and getting involved with the community, you were able to experience a lot of what Madison offers. What have you taken away during your college experience?

Weiss: I’ve taken away so much. I started in the fall of 2012 and left during the 2014 to 2015 academic year to help out at home, so I have spent five years of my life in and around Madison. I’ve learned to be kind since moving to Madison because everyone in this community is really friendly. And being friendly can go a long way. Also, everyone is quiet until they’re not. When you go up to someone and they’re nice, you don’t have to be quiet anymore.

Q: What are your plans for after graduation?

Weiss: I’m moving to New York in August to pursue a career in acting for the stage and screen. After I finished my history major requirements as a first semester junior, I’ve been doing theater on campus. I’ve really grown into that and enjoyed it a lot. Actually, I’m in a ten-minute play festival that performs at the Hemsley theatre, which is one of the two main stage theatres on campus. I’m moving to New York and looking to be on television.

Q: How has Madison shaped your current passions? Did your experience here encourage you to pursue acting?

Weiss: I learned that you are the happiest doing what you love, and I came initially to study finance or accounting in the business school. I sold that to my parents so I could come here. Otherwise, they wanted me to go to Indiana, and I ended up coming here and never applying to the business school. I always wanted to study history because I knew that no matter what, I was going to attend graduate school. I decided that I wanted to study what I love: history. When I finished up my history major, I knew that theater was a big part of my life. I participated in Wisconsin Singers as a freshman, Humorology throughout my college career, and then as a senior, I’ve been performing in several plays on campus. So I’ve always been following that theater trajectory, but it didn’t really take off until I became embedded with the staff in the Theatre Department. There are so many wonderful staff members here, such as Jim Stauffer, David Furumoto, and Ryan Schabach. There are so many individuals that helped shape me as an actor over the past 18 months, and have given me the confidence to move forward and succeed.

Q: Is there anything you want to say to either graduating seniors or underclassmen who are approaching graduation soon?

Weiss: I’m a firm believer in that you can be successful at whatever you want to be. If there is something that you are really good at, you should just believe in yourself and stick to that. But I believe in a lot of different things… like nobody can believe in you more than you. If you don’t believe in yourself, then you won’t be able to accomplish anything. I don’t wait around for my mom to believe in my acting career because that may never happen until I end up on Broadway or on TV. I’m not waiting for someone to be my firestarter. You have to be your own ignition. So pursue what you love because you’ll be happier in the long run.

This interview was edited for style and clarity.