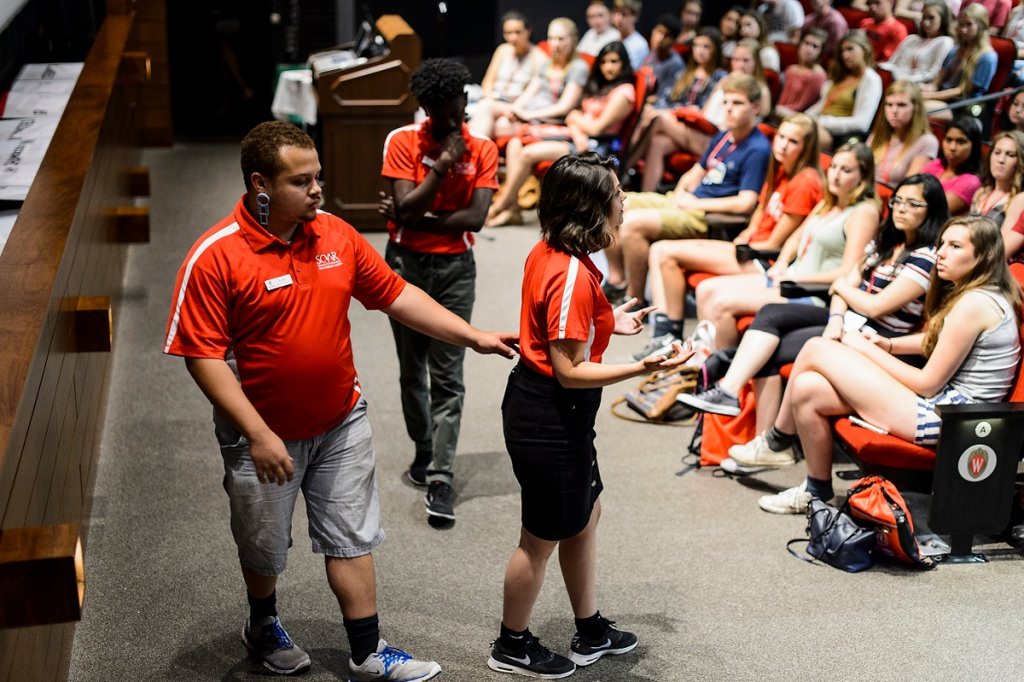 From left to right, new-student leaders Justin Sparapani, Kennedie King and Selin Gok, who are also members of the First Wave Hip Hop and Urban Arts Learning Community, present an emotional performance based on themes of oppression and acceptance. Photo: Jeff Miller

As thousands of incoming students go through Student Orientation and Registration (SOAR) at UW–Madison this summer, administrators and faculty are redoubling efforts to promote inclusivity, critical thinking and social justice as fundamental values of the campus community.

These efforts come in response to several incidents in the spring where students were targeted with hateful messages about religion, race, ethnicity and sexual orientation.

“I think one thing that the current campus climate has done is created more campuswide discussions about what our values really are,” says Carren Martin, assistant dean of students and director of the Center for the First-Year Experience.

For years, SOAR has included an evening program featuring performances from the First Wave Hip Hop and Urban Arts Learning Community. Their 20-minute performance is rewritten each year based on current events and performers’ own experiences. 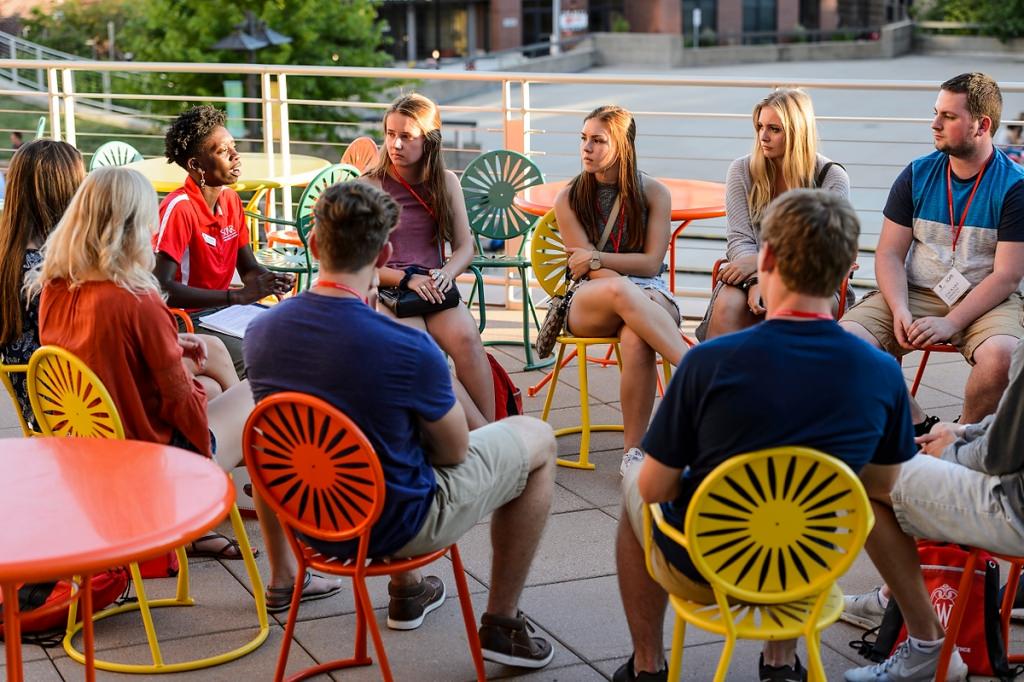 Kennedie King talks with incoming first-year undergraduates and facilitates a small-group discussion about the challenges new students may face as they transition to campus life. Photo: Jeff Miller

Sophomore Kennedie King and others in First Wave explore topics such as racism, empowerment, identity and mental health.

“I think the performance really hits you in a lot of places,” says King.

Evan Warwick is a junior in the Wisconsin School of Business. During the summer, he’s one of many student leaders who help implement the SOAR programming. He went through the program himself two years ago, when he recalled more closed-mindedness among the audience.

“This year, the students have been super appreciative in the performance. Even though it was only a two-year gap, it shows that it’s making a difference,” he says.

New to SOAR this year is a closing address from Vice Provost and Dean of Students Lori Berquam, who emphasizes the responsibilities of joining a new community. 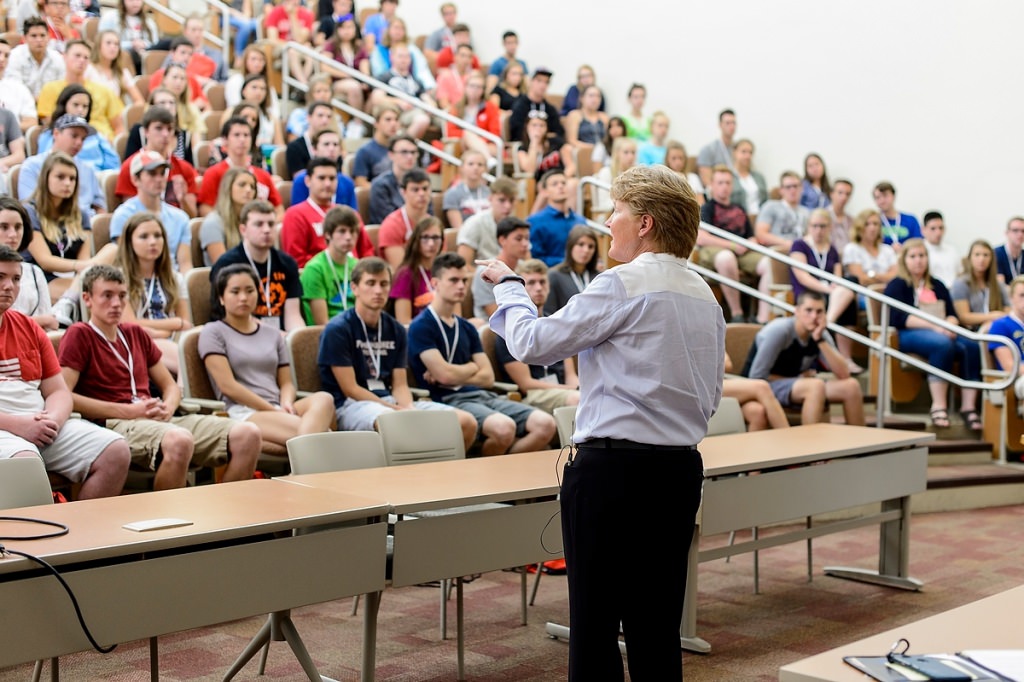 Lori Berquam, vice provost for student life and dean of students, makes closing remarks based on the theme, “Are you ready?” Photo: Jeff Miller

In her address, Berquam describes three primary points, asking students to be ready to join the UW–Madison community, to be open to the people and experiences as a student, and finally to think about their values and what they stand for as individuals. Berquam highlights meeting with students from small towns who see Madison as the most diverse place they’ve ever been and with students from urban backgrounds who see Madison as the least diverse place.

SOAR and other initiatives, such as the new Our Wisconsin inclusivity and community-building experience that debuts this fall, aim to help all new students come together in a strong, cohesive community.

“I imagine the First Wave performance made some of you feel uncomfortable, and that’s okay,” Berquam told students at one recent session. “Discomfort is actually where you’re on your learning edge and where we want you to be as scholars here at the University of Wisconsin.”

Berquam closes each session with a quotation that resonated with her when she was a new student: “What you are to be, you are now becoming.”

Then she tells students, “So I ask you to think about it now, ‘Who do you want to be?’”