From Oct. 15-19, 300 scientists from around the world will share photos of a typical day for the second annual Science-A-Thon, a social media campaign designed to exhibit and promote diversity in science and raise funds for scientific mentoring.

Participating scientists will post 12 photos over 12 hours on social media, an hour-by-hour snapshot of a day in the lab, field or classroom, using the hashtag #dayofscience. The photos will highlight everything from morning routines to research, big discoveries, and after-work activities, showcasing the many faces and experiences of science around the world. 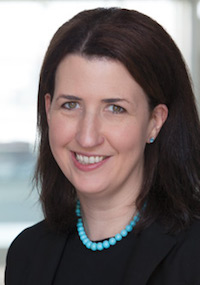 Tracey Holloway, a professor of environmental science at the University of Wisconsin–Madison, founded Science-A-Thon to showcase the many faces of science in an engaging and approachable way. Holloway says celebrating science is crucial because “fewer than 20 percent of Americans can name a living scientist — of these, most are men.”

Science-A-Thon promotes not only the importance of science, but also the value of scientific role models, especially for young women. To support the growth of future leaders in science, all proceeds from the event will go to the Earth Science Women’s Network (ESWN), a nonprofit mentorship program for women in the geosciences.

Holloway, who holds an appointment in the Nelson Institute for Environmental Studies, co-founded ESWN to change perceptions of what a typical scientist looks like and to promote diversity in science through career development and peer mentoring. ESWN also challenges gender stereotypes and communicates about the varied careers available for scientists.

The Madison Community Foundation, which manages the EWSN endowment, has agreed to match 50 percent of the first $50,000 raised during Science-A-Thon, potentially raising $75,000 for the ESWN Endowment Fund. Funds raised above $50,000 will support ScienceForward, an ESWN-led initiative to promote scientists as role models.

Leaders in research, policy and science communication will also share their daily experiences by participating in Science-A-Thon as keynote scientists. Keynotes include Marcia McNutt, president of the National Academy of Sciences; Katharine Hayhoe, a world-renowned climate scientist and communicator; Janice Huff, lead meteorologist at WNBC in New York; Dan Kammen, an energy analyst and commentator; April Agee Carroll, an agricultural researcher at Bayer; and Mike Zahalsky, a urologist and former contestant on “Survivor.”