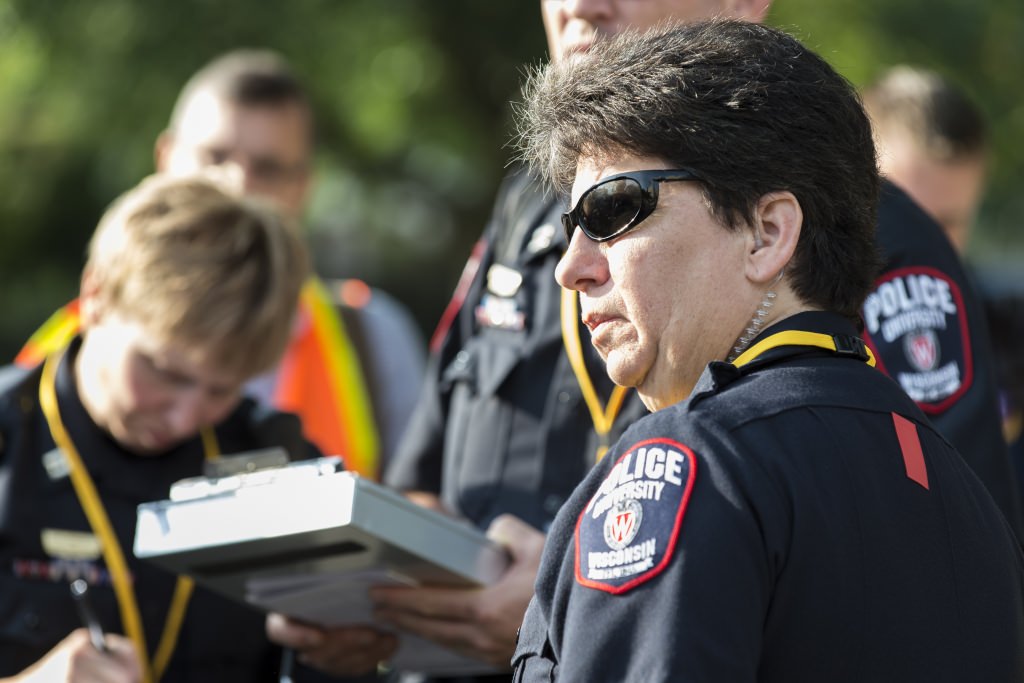 After 25 years of service to UW–Madison, UW Police Chief Sue Riseling will retire in August and lead the International Association of Campus Law Enforcement Administrators (IACLEA).

Her last day on campus is August 7. Assistant Chief Brian Bridges will serve as interim chief. 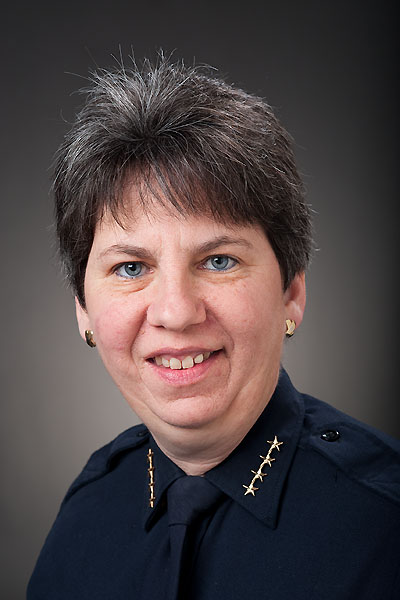 Riseling, both the first woman and the youngest person to lead a Big Ten university police force, led campus safety efforts during a period of intense change, inclusive of the Camp Randall crowd surge and the changed landscape after the tragedies of 9/11 and Virginia Tech.

During her tenure, campus crime rates dropped to 40-year lows.

“Serving as police chief was my childhood dream,” says Riseling. “It is with tremendous gratitude and immense pride that I end my career at UW–Madison.”

“I can’t think of a campus figure who has been a more integral part of our recent history,” says Chancellor Rebecca Blank. “Chief Riseling has developed a national reputation as one of the best campus police chiefs in the nation. I appreciate all of her work to keep our community safe, to train and lead a superb group of police officers, and to navigate an always-complex political environment.”

The environment around law enforcement dramatically changed after 9/11. In addition to security improvements, regulations also affected the university’s research environment in the areas of select agents, nonhuman primates and access control. 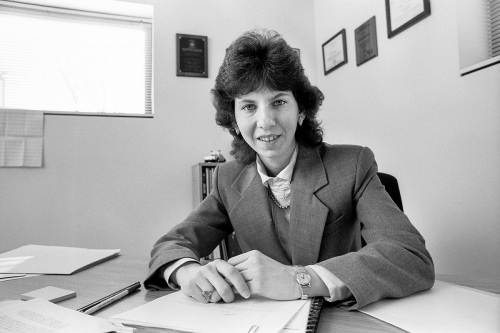 Over the past five years, issues of sexual assault, high risk drinking, race and policing, and police use of force have come to the forefront and UWPD has been a leader in addressing those issues, as well.

During the past 25 years, Riseling and her staff helped manage safety and logistics related to multiple Rose Bowls, the NCAA Final Four and the NCAA Frozen Four in men’s and women’s hockey.

There were also high profile assignments in helping the university successfully host multiple international dignitaries — including several visits by His Holiness the Dalai Lama and two outdoor visits by President Barack Obama.

Riseling, both the first woman and the youngest person to lead a Big Ten university police force, led campus safety efforts during a period of intense change.

She estimates that 243,000 degrees have been awarded during her time as chief.

UWPD is well poised for the future, Riseling says, as the only police force in Wisconsin that has three forms of accreditation. Construction is beginning on an addition to its Monroe Street headquarters.

“I’m grateful to the institution that I had a chance to serve campus and the state, but also nationally and internationally,” she says. “I’m blessed to have worked with such a talented group of professionals on campus, but especially in UWPD.”

Among other leadership roles, Riseling served four years as the vice president at large for the International Association of Chiefs of Police and has won multiple national awards. Riseling says discussions with Hartford, Connecticut-based IACLEA began during the winter.

The group advances public safety for educational institutions by providing educational resources, advocacy, and professional development services. She plans to remain in Madison and work for the association from a home-based office.

Then and Now, March 2016: Turning adversity into opportunity