The University of Wisconsin–Madison’s new approach to Summer Term led to a significant boost in enrollment and revenue for 2016. Students flocked to high-demand courses offered for the first time this summer, including an increased number of online courses.

Undergraduate enrollment for Summer Term was up 10 percent from 2015 to more than 6,800. That translated into an additional $4 million in revenue.

“We made adjustments after determining what students need from us during Summer Term,” says Chancellor Rebecca Blank. “As a result, more students benefited from courses that could advance their degrees and prepare them for future careers.” 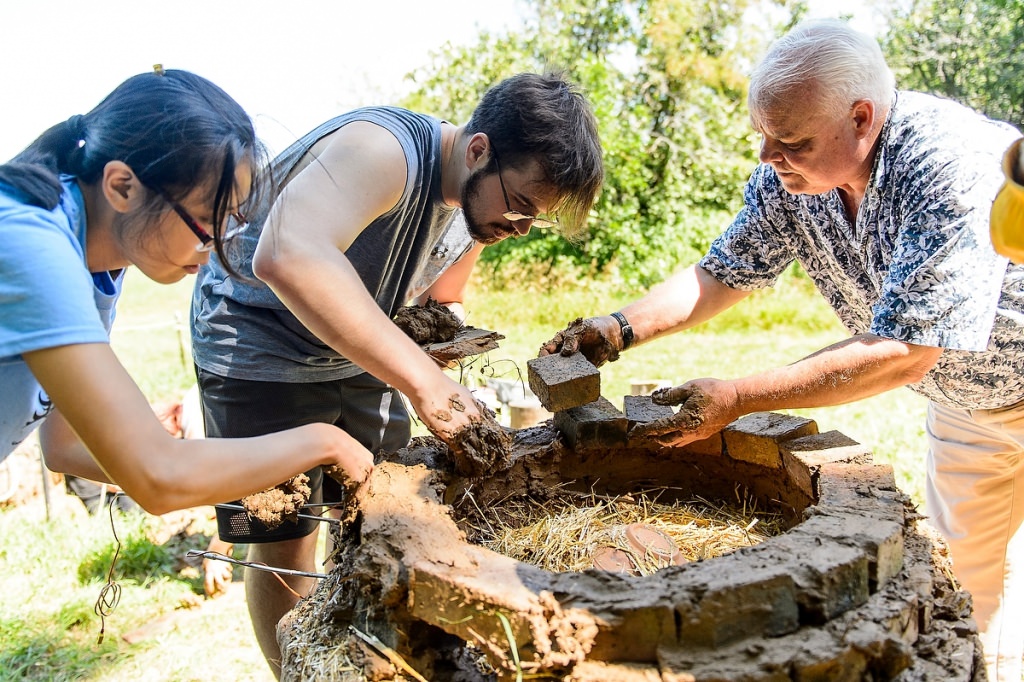 Graduate exchange student Ai Wanqiao (left) and Alan Lee (center) use mud and bricks to build a cap for a kiln in anthropology professor Mark Kenoyer's Anthro 352: Ancient Technology and Invention course. Students in the course participated in a class exercise which included creating pottery and firing it in a class-built kiln near the Eagle Heights Community Gardens. Photo by: Bryce Richter 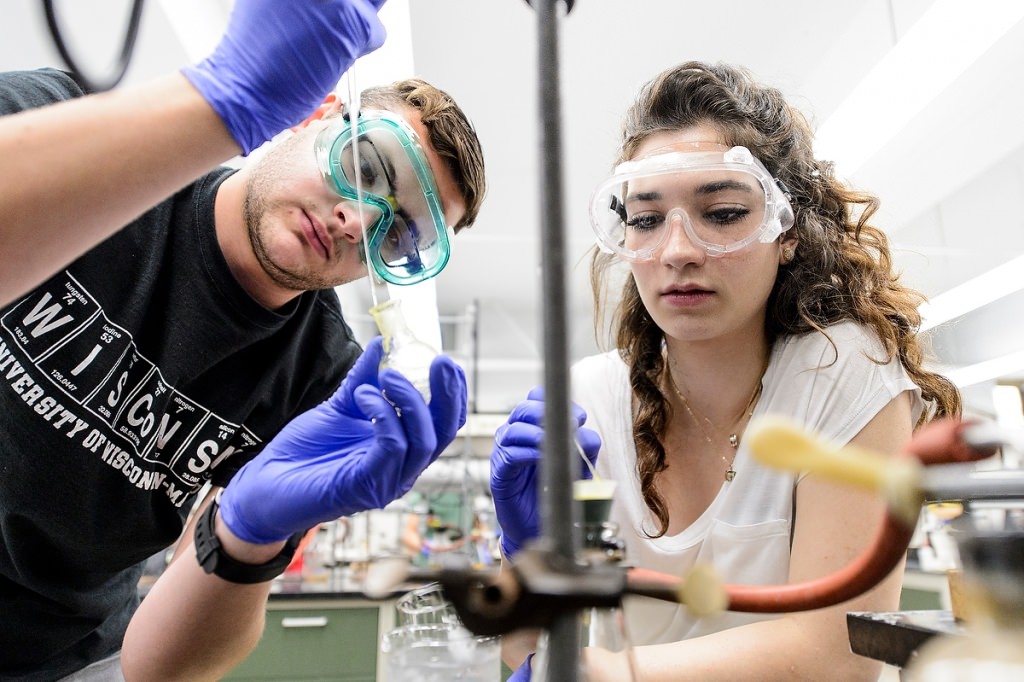 Undergraduates Michael Chemello (left) and Ban Dodin participate in a lab session of an Organic Chemistry 344 class taught in the Chemistry Building. Photo by: Bryce Richter 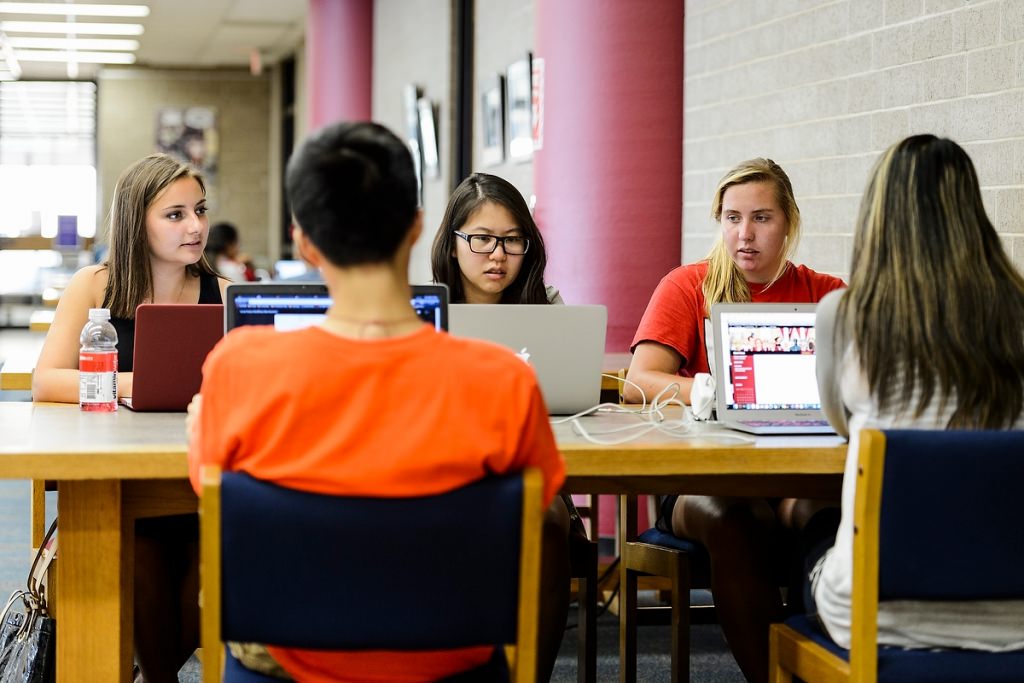 From left to right, undergraduate students Kali Brux, Alice Chen and Natalie Schmer study and work together with others on a group project at College Library in Helen C. White Hall. The students were curating web-based content for a project about Beethoven for the online course Music 151. Photo by: Jeff Miller 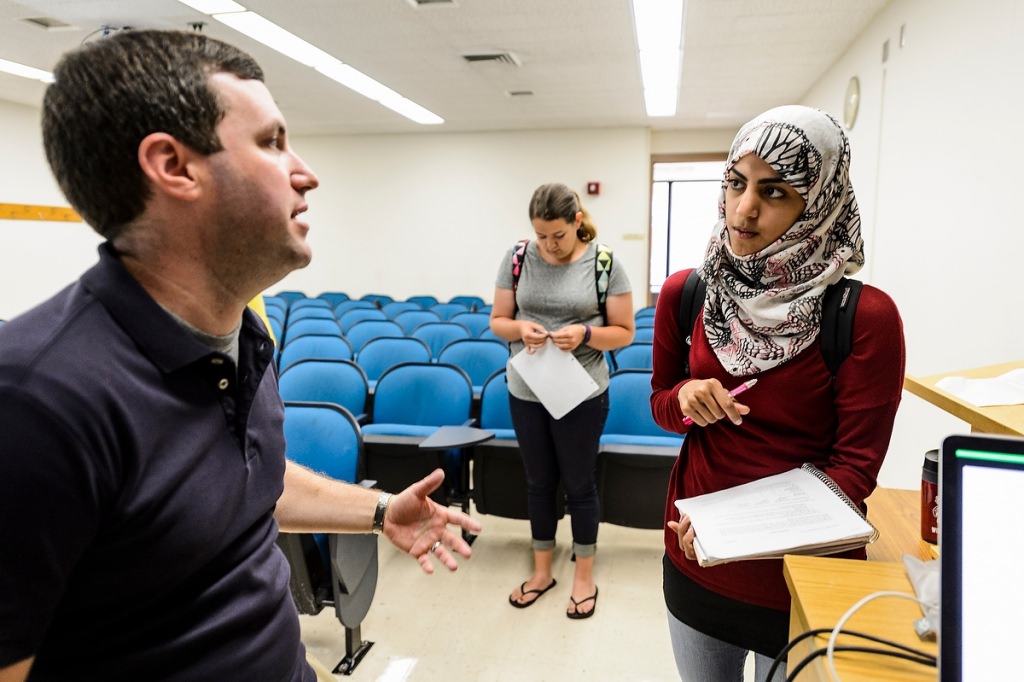 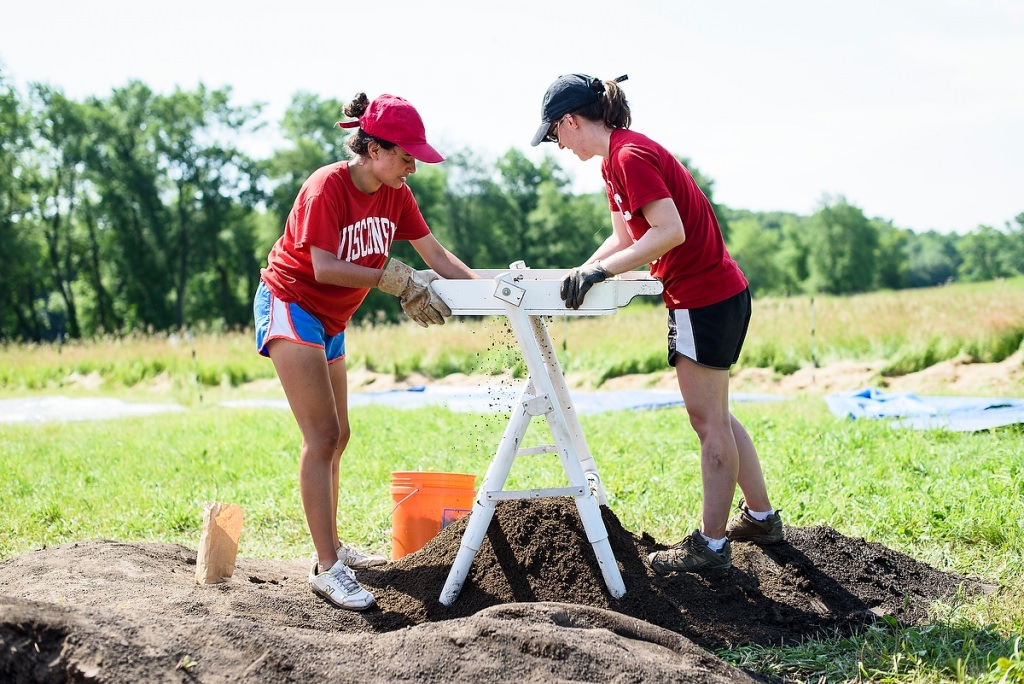 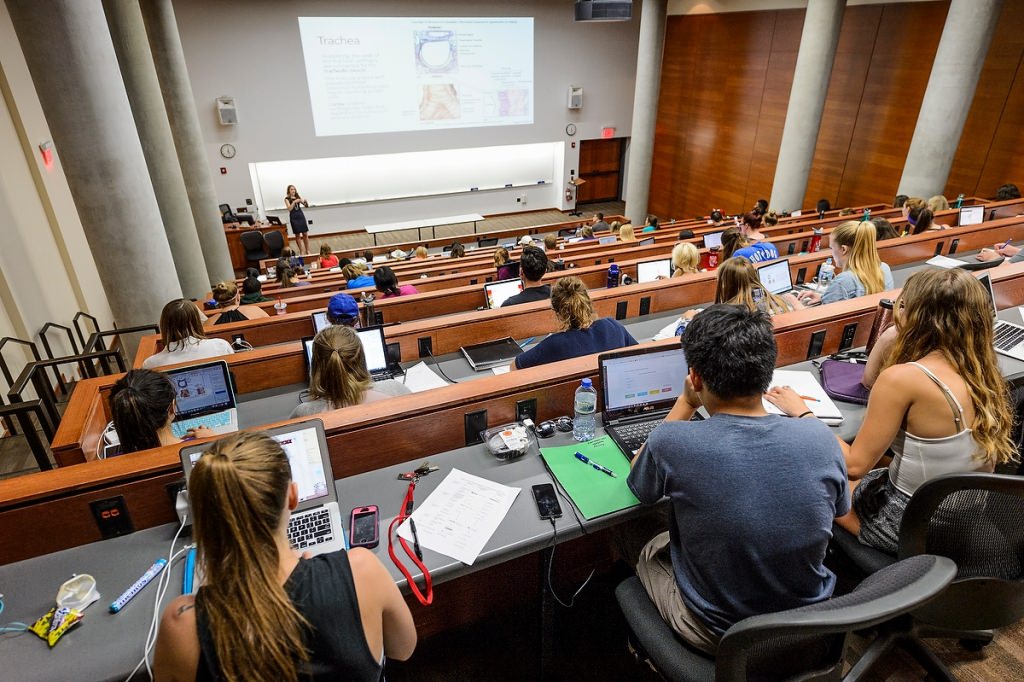 Undergraduate students refer to their laptops as they take notes about the human anatomy during a Kinesiology 328 class in the Education Building. The class is taught by Julie Stamm, associate lecturer of kinesiology in the School of Education. Photo by: Jeff Miller 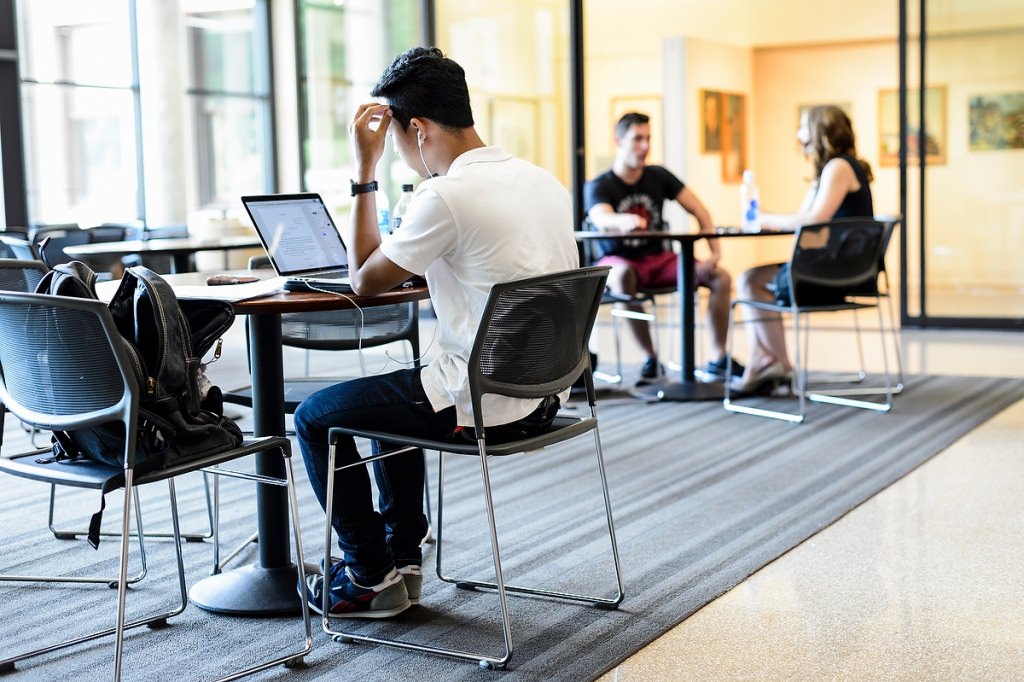 A student studies in the foreground at Morgridge Commons in the Education Building. In the background, Julie Stamm, associate lecturer of kinesiology in the School of Education, meets with undergraduate student Joe Erbstoesser. Photo by: Jeff Miller 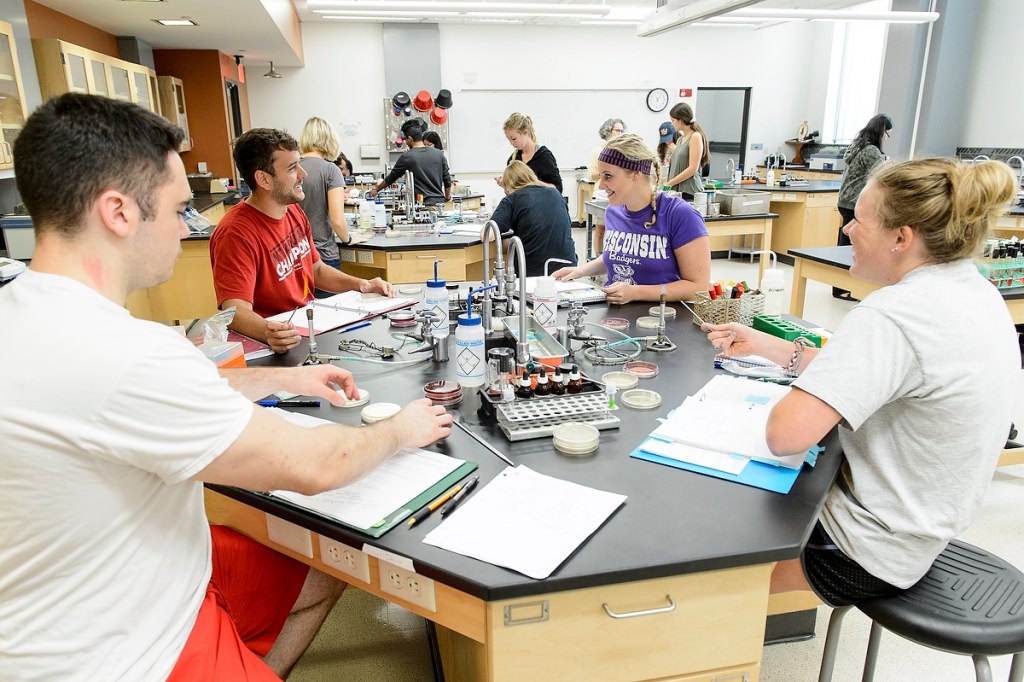 Students work during a summer Microbiology 102 lab session taught by Michelle Rondon, faculty associate in the Department of Bacteriology, in the Microbial Sciences Building. Photo by: Bryce Richter 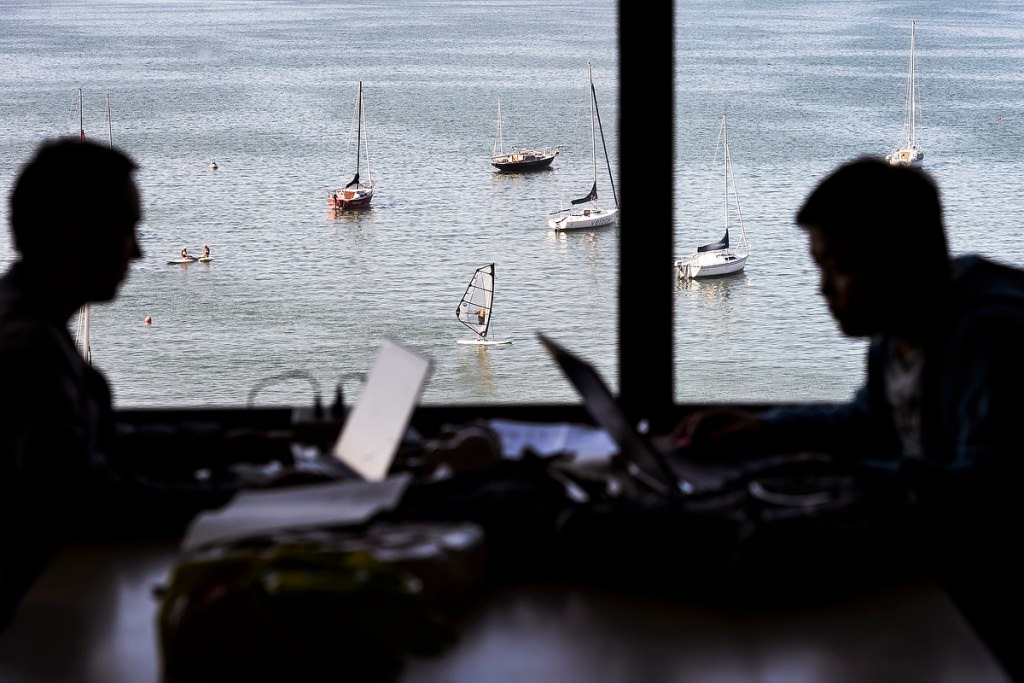 The juxtaposition of campus life during summer session is seen as two silhouetted students study indoors next to a lakefront window in College Library at Helen C. White Hall. Outside in the background, paddleboarders, docked boats and a lone windsurfer dot Lake Mendota. Photo by: Jeff Miller

Summer Term also included more online options for those who couldn’t fit a face-to-face course into their summer schedules. Enrollment in online courses increased 40 percent over summer 2015 to more than 4,600.

“Madison is a one-of-a-kind place in the summer, but not everyone can stay on campus given travel plans or work responsibilities,” says Blank. “With more online choices, students could have a UW–Madison experience from anywhere in the world.”

Students also demand courses that provide real-world training. A legislative internship in Washington, D.C., and a field course in archeology were among summer options that prepared them to enter the workforce more quickly.

Students flocked to high-demand courses offered for the first time this summer, including an increased number of online courses.

“Given Summer Term’s increasing importance to students, we wanted to make it as accessible as possible,” says Jeffrey S. Russell, dean of continuing education and vice provost for lifelong learning. “The scholarships gave students the flexibility to take courses and finish their degrees earlier.”

A new budget model for Summer Term encouraged the university’s schools, colleges and departments to include more courses that support students’ degree progression while also better managing costs. Under this model, those units will receive roughly 80 percent of the increased revenue for 2016.

“The new approach to Summer Term is a win-win-win,” says Blank. “Students get more of the courses they need; schools, colleges and departments receive more funding; and UW–Madison operates closer to capacity during the summer months.”